Toyota offered a peek at its upcoming crossover project: Part minivan, part SUV, the Toyota Tj Cruiser is all about cargo. 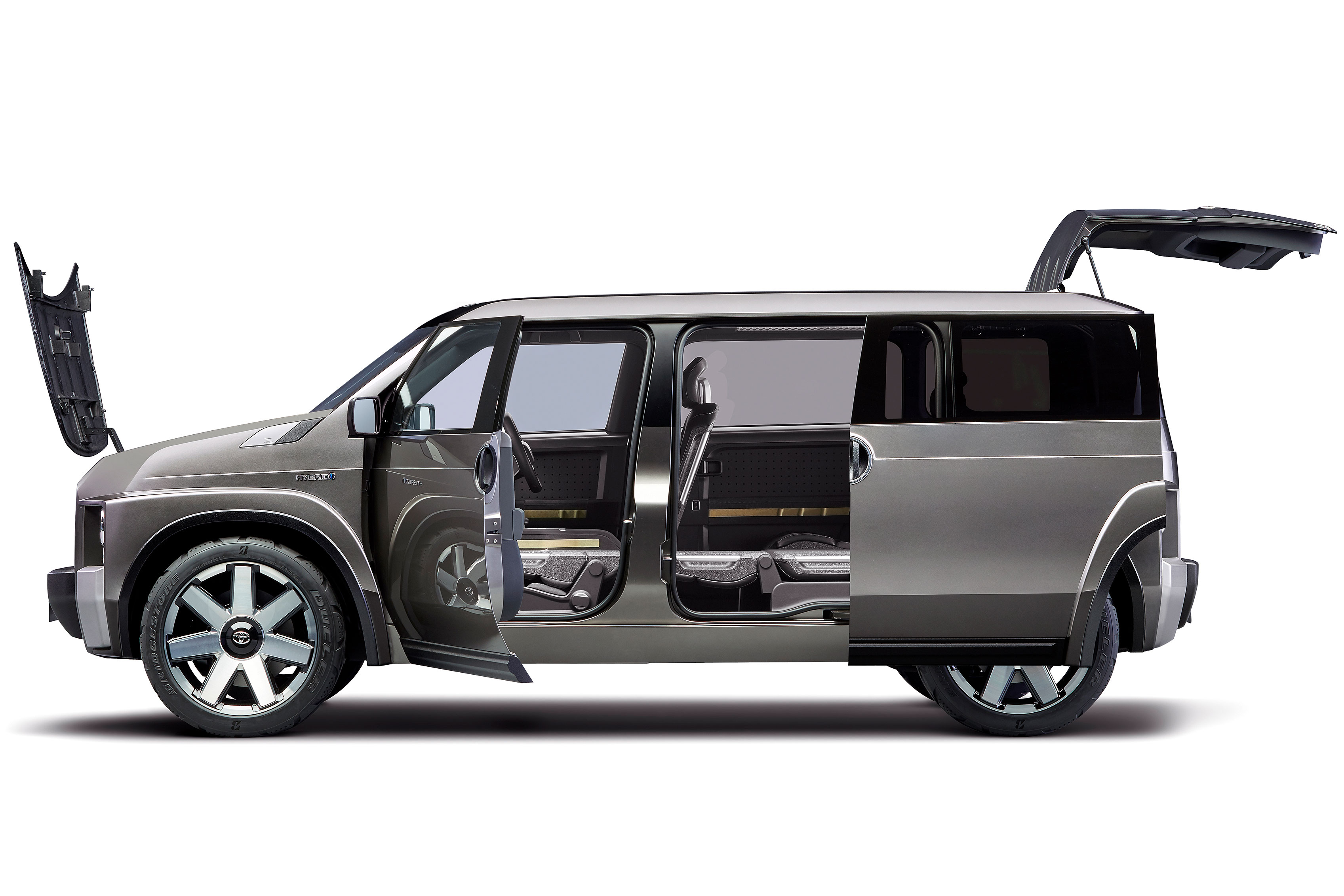 Short for “Toolbox of Joy,” Toyota’s Tj Cruiser will greet the public for the first time at this month’s Tokyo Motor Show. The Japanese manufacturer released images and a few specs ahead of the launch. And it looks, to say the least, different.

According to Toyota, the Tj Cruiser targets a “harmonious balance between the roominess of a cargo van and the powerful design of an SUV.” While the design looks more like a Lego-built minivan, it’s clear Toyota nailed the cargo element.

Like minivans of today, the Tj Cruiser has two sliding doors and a rear hatch that accompany driver- and passenger-side doors.

Unlike modern passenger vans, however, all passenger seats fold down flat. This opens up huge cargo space. According to Toyota, folding down the front and rear seats allows for 10 feet of storage room front to back. This would work great for cyclists, surfers, snowboarders, and kayakers. 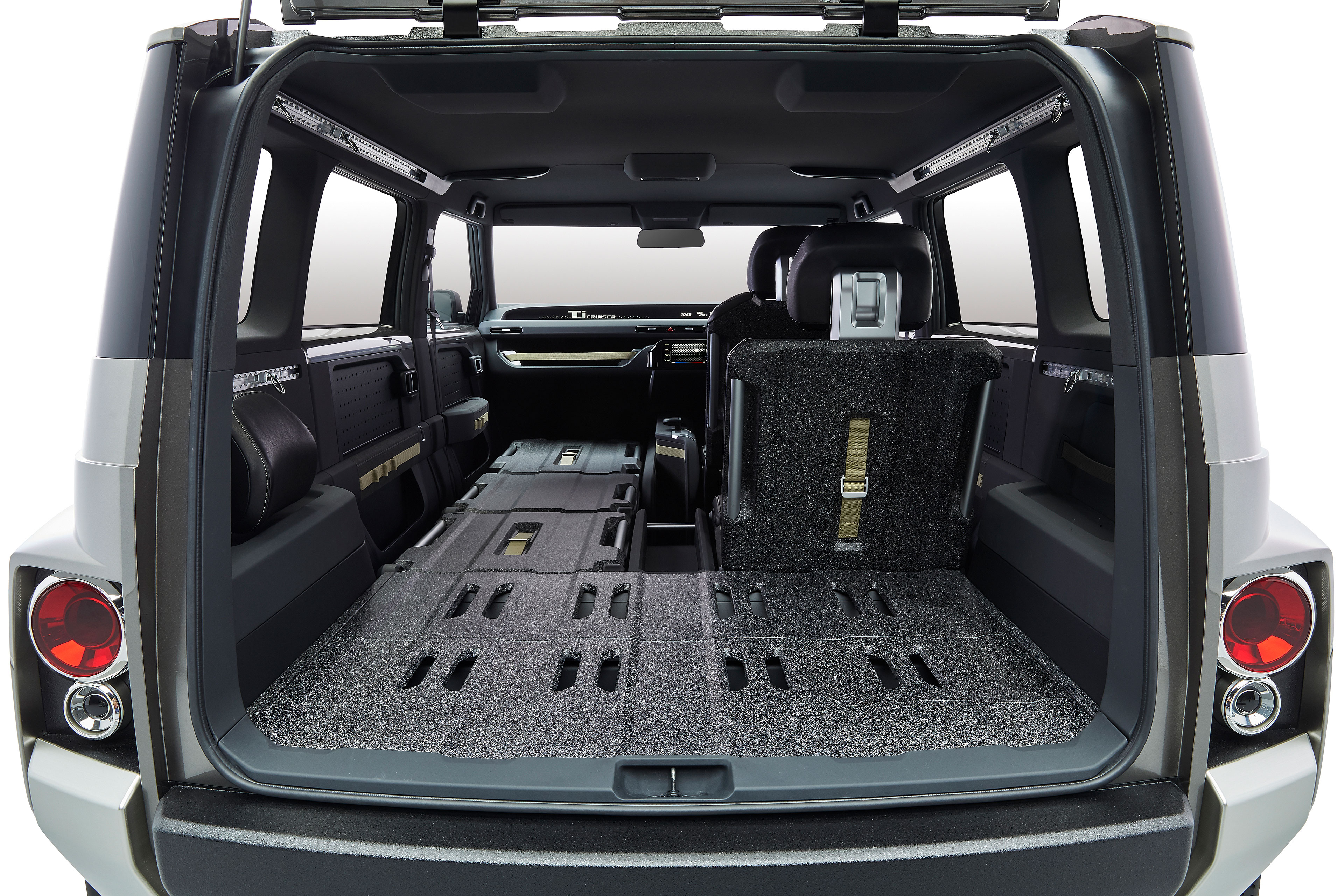 Plus, Toyota says the seatbacks, floor, and sidewalls house “numerous tie-down points to enable easy anchoring of items.” That should prevent heavy gear from sliding around—or into the driver’s seat—and scratching sensitive surfaces.

The 14-foot-long Tj Cruiser seats four, a step back for both minivans and most SUVs. And the interior looks bare—definitely more utility than comfort. As the Van Life craze proves again and again, imagination matters more than amenities when it comes to a vehicle’s creature comforts.

The Tj Cruiser does offer one handy convenience, however. One of the rear seat cushions flips up to hold a grocery bag (a godsend for anyone who’s fished under seats for spilled produce).

Under the unorthodox clamshell hood sits the hybrid-heart of the concept cruiser. It’s a 2.0L gasoline-electric engine. No word on output yet, but we’d hope for little more oomf than a Prius.

The brand also touts, “The hood, roof, and fenders use materials (with special coating) that resist scratches and dirt.” If that sounds familiar, it’s because Jerry at the dealership raved about the “TruCoat” in Fargo.

We’d like to see more about what it can do off the beaten path, but the Tj Cruiser looks like an interesting concept for the cargo-minded.

With racks on top and a tow package, this thing could be a stout hauler for any adventure.

Up Next: Bulletproof, Night Vision: This Custom Wrangler Costs $170K