Looking for the cheapest way to get to space? This helium-powered balloon might be the ticket, and is already taking reservations for ‘space tourism.’ 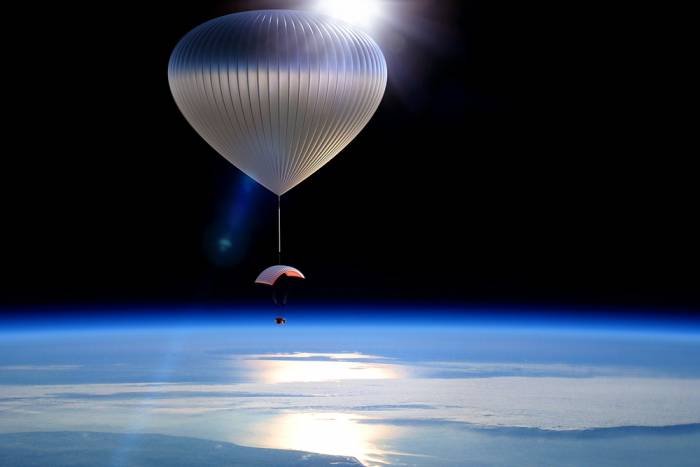 Until now, the burgeoning private spaceflight industry catered only to the ultra-rich. Now, a relatively unknown name in the “New Space Race” aims to open up high-altitude travel to the (slightly) less wealthy.

World View will send passengers into space within a capsule lofted by a helium balloon. A trip aboard the Voyager will only set you back $75,000. Crazy expensive, yes, but half of XCOR’s $150,000 Lynx ticket, and a fraction of Virgin Galactic’s $250,000 SpaceshipTwo seat price. 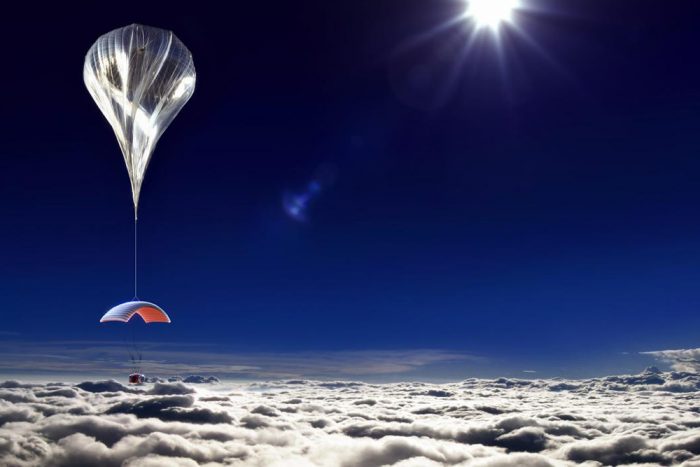 Currently, no official launch date is set, even though the company initially targeted the end of 2016. Despite the unknown launch date, the company is taking reservations now.

According to World View, floating into the stratosphere has notable advantages over rockets. While the average rocket-powered trip to space takes just four minutes, rising 100,000 feet in a balloon capsule lasts up to two hours. 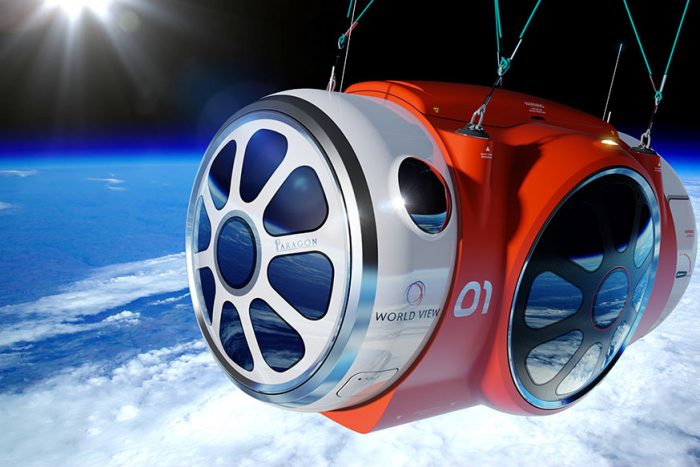 Passengers aboard the Voyager may watch the journey through windows on all sides. That’s two hours to watch the world sink away while drifting toward the void of space.

And unlike the jarring liftoff and g-forces from a rocket’s immense thrust, the ride from the Voyager capsule is “like ice floating on water.”

All told, the travel to the stratosphere and back is expected to last about six hours.

Is The World View Safe?

According to the company, there is no chance that the Voyager balloon could “fly off into space.”

That’s because the helium expands and lifts the capsule until it reaches full volume within the balloon. At that point, the Voyager can go no farther.

And for anyone worried about the alternative threat of a sudden, terrifying descent, there are precautions. The craft has a military-grade parafoil chute that remains open the entire flight so the capsule can’t plummet. Two pilots control the vehicle, which can also be steered from the ground. 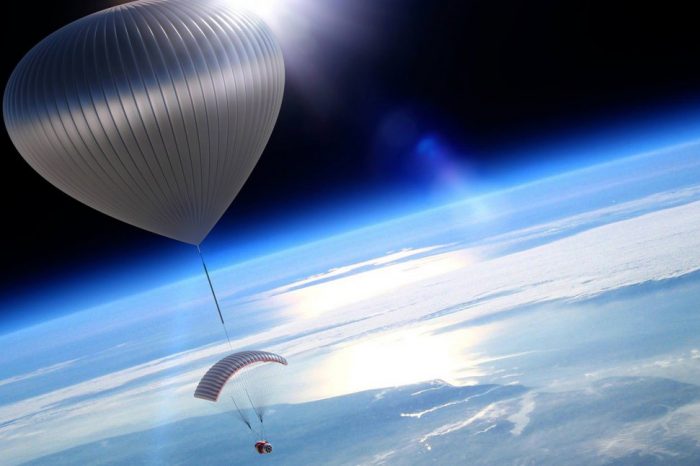 The primary drawback to the whole experience is that, depending on high-altitude winds (which can reach up to 150 mph), the capsule can land over 300 miles away from its takeoff platform. 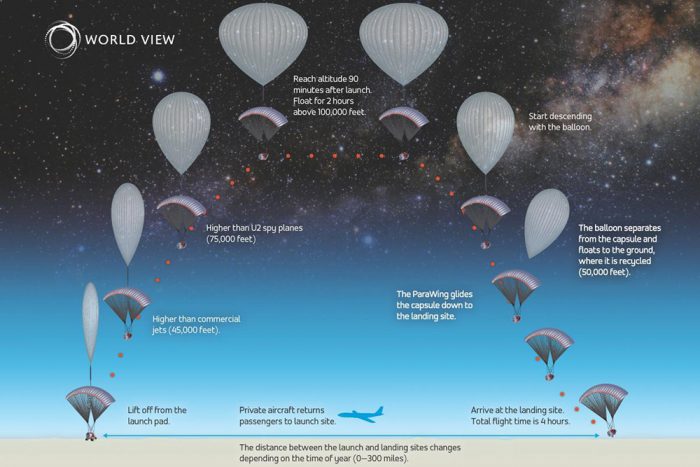 For this, World View will include return travel from the landing spot with every space tour.

These men had a dream, a dream to launch a beer, and a taco, into space. Meet Project Stratosbeer! Read more…

So if you have an extra $75,000 laying around and are really itching to get to space, World View is a plausible way to go, at least for a brief time, where few have ever been before.

Up Next: Headlamp, Flashlight Combine In Tiny ‘Baton’