As the International Olympic Committee announced the location for the 2022 Winter Olympics today, there is one fact that has been sort of brushed aside.

The venues — about 55 and 100 miles outside Beijing — get basically no snow.

According to a 137 page evaluation of the two cities vying for the games, Beijing and Almaty, Kazakhstan, the 2022 Olympics will rely entirely on artificial snow. As stated in the evaluation:

“The Zhangjiakou and Yanqing Zones have minimal annual snowfall and for the Games would rely completely on artificial snow. There would be no opportunity to haul snow from higher elevations for contingency maintenance to the racecourses so a contingency plan would rely on stockpiled man-made snow. Beijing 2022 presented weather data from 2014-2015 indicating a particular risk for Yanqing in terms of the quality and quantity of snow.”

Worse yet, the IOC admits that the area in which the Games will be held is lacking in water resources already. 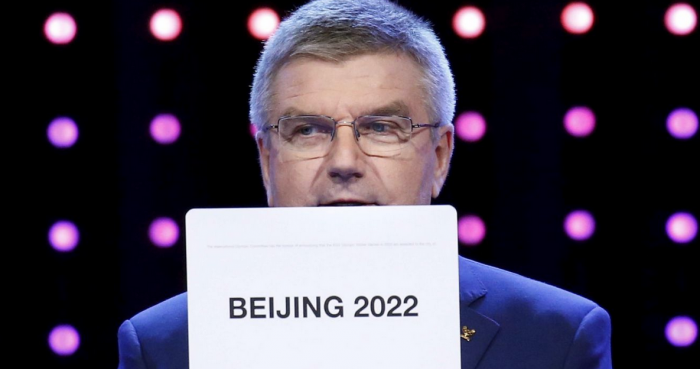 “Northern China suffers from severe water stress and the Beijing – Zhangjiakou area is becoming increasingly arid… Mountain run-off during the Commission’s site visit was surprisingly low for the time of year. Given the low precipitation rates and short cold season, the likelihood is that the majority of water would be drawn from established reservoirs. For the Zhangjiakou Zone there is a 30km pipeline nearing completion that will divert water from the Yunzhou Reservoir situated in a different river catchment.”

Not great news for fans of drinking water, or the Olympic Games. However, the selection was not surprising given that every other viable candidate dropped out long ago.

Meanwhile, China is celebrating Beijing’s victory, apparently confident on its ability to outfit an entire olympics — including downhill runs, half-pipes and cross country ski courses — with no natural snow.

Of course, the lack of snow won’t affect several sports: Speed skating, curling, ice hockey and figure skating — as well as ceremonies and the Olympic Village — will be indoors in Beijing.

Beijing will be the first city to host both a summer and winter Olympics.

2022 is still a long ways out, so hopefully snowmaking technology — and a little help from mother nature — can make it happen. We shall see.

Up Next: The Maddening Crowd: Public Land Use Infographic