The BCA Tracker series of avalanche beacons set a high bar in snow safety. The brand’s latest offering, the Tracker S, gives you its best performance at a great price.

If you ski, hike, ride, or snowmobile in the backcountry, you need an avalanche beacon. It’s a mandatory piece of safety equipment along with a shovel and probe.

For many, the choice to buy comes down to the BCA Tracker series of beacons. Combined, the brand’s Tracker 3 and Tracker 2 are among the most popular beacons on the market now for their ease of use and good price. But now, you can get the performance of the pro-level Tracker 3 in the stripped-down Tracker S.

I got my hands on an early-production model to play with it for a few days. So far, I’m impressed.

The BCA Tracker S is basically the same avalanche beacon as the Tracker 3, with two differences. First, the Tracker S does not have upgradeable software. This is probably not a big deal for most recreational skiers who aren’t managing a fleet of beacons. But it’s an important distinction for snow professionals. 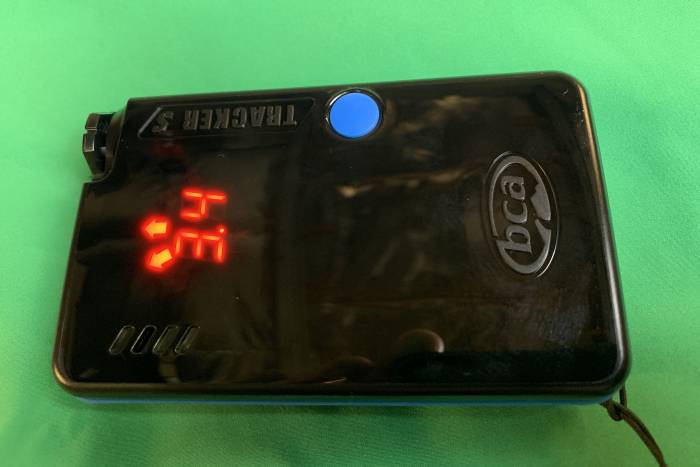 Secondly, and more importantly for most skiers, Tracker S does not have a motion-sensing revert mode.  Why does this matter? Well, the motion sensor on the Tracker 3 turns your beacon back to transmit mode after you’re immobile for more than one minute.

That means that if you’re performing a rescue and get caught by a secondary avalanche (often known as “hang-fire”), your beacon will turn back to transmit mode in one minute even if you can’t reach it.

That’s a pretty big deal for some people. The Tracker S, however, will revert back to transmit after five minutes, whether you’re moving or not, like all Trackers. Note that you need to activate this feature every time you turn the unit on (this helps prevent “renegade” transmit signals in an avalanche situation where somebody’s transceiver reverts to transmit without them being aware of it).

Cutting out those features, which most skiers other than professionals should rarely (if ever) use, saves $35 on the retail price. To me, the potential faster response if caught by hangfire is worth an extra $35, but it’s a minor point for most skiers. Just food for thought.

If you’re OK giving up the motion sensor (and many other great beacons don’t have this feature), read on for my first impressions on the Tracker S.

BCA touts “simplicity is speed” with its Tracker S slogan. And from the moment I turned it on, I noted, yes, this thing is super simple. 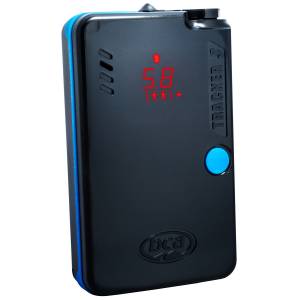 For transparency, I’ve only had the Tracker S for a few days and will be returning this pre-production model in the next couple of weeks. But in the time I’ve played with it, I like it.

Turning it on and switching between transmit and receive modes is easy. Just turn the knob on the top. It locks in place with a firm click, and the haptic feedback is reassuring.

Turn it from off to transmit mode, and it runs through quick diagnostics (about 5 seconds) and gives you a battery readout. A small light then flashes in the bottom corner every second to let you know it’s working. But obviously, you’re going to do a beacon check, right?

So that’s what I did next, and a lot more.

I used it in conjunction with my 4-year-old Ortovox 3 beacon and my wife’s Tracker 2. And frankly, the new Tracker S immediately outperformed both of the older beacons. That’s not much of a surprise, as technology advances rapidly. That’s why it makes sense to upgrade every few years. I guess it’s time.

The Tracker S picked up signals from the Tracker 2 and Ortovox 3 and to a range of out to about 30 m. And it was incredibly easy to follow the combination of arrows and distance to locate a buried beacon. The Tracker S did not seem as finicky as some older beacons and didn’t misdirect me due to flux lines at all.

In reverse, I was able to pick it up with other beacons at about 30 m as well. Of course, this was very rudimentary testing, so don’t take these numbers as gospel. I’ll update this as I get a little more time with the beacon in the field.

Again, this is a quick first impression. But given the positive reviews of the Tracker 3, I’m not surprised the Tracker S, with the same basic technology, seems to perform well too.

The Tracker S comes with a nice harness that feels well-made and comfortable. I personally always keep my beacon in a harness because I’m constantly changing pants to test gear and want my beacon to always be in the same place, so I appreciate this piece.

The Tracker S has two fairly useful modes not found on all beacons. The first, Signal Suppression, is BCA’s answer to multiple burials. Push the single button on the front, and it suppresses the strongest signal for one minute and shows you the next strongest signal.

This could be useful in multiple burials with several rescuers involved. In brief testing, it seems to work. The video below lays it out well.

Big Picture mode is also pretty nifty. The Big Picture mode helps solve multiple burials. Press the front button, and while you hold it down, it picks up all transmitting signals within range. Basically, it flips between different numbers and directions to give a rough idea of each victim’s location.

Both of these tools seem most useful for large groups that have a lot of people to help in the rescue. But they are another tool in the kit that could help speed rescue when every second counts.

Personally, I would just spend the extra money. While the probability of getting buried by hang-fire during a rescue is unlikely, a few more bucks for the Tracker 3’s added motion sensor is additional life insurance for cheap.

But if you’re on a tight budget, the Tracker S does give you the vast majority of the Tracker 3’s features at a slightly better price.

As with all things avalanche beacon-related, practice is paramount! Beacons are only tools, and they require the user to be adept practitioners in their use.

Get out there, bury practice beacons, and have contests finding them with friends. You never know when a lighthearted game of find the beacon could wind up saving your life.