Home » Winter » The Best Downhill Skis According to Ski Patrollers

From barren, sharky traverses to rescuing injured riders, ski patrollers need gear that stands up on the mountain. These are the best downhill skis according to ski patrollers nationwide.

The ideal skis remain stable at speed, float on powder, and still carve well on hardpack. And they need to be able to withstand multiseason thrash. To discover the top-performing pairs, we sought advice from the experts: a pool of U.S. ski patrollers with decades of pre-dawn, search-and-rescue, and training missions under their belts.

Backcountry Skiing: Gear You Need to Get Started

These skis have been tested on pre-season hairy slopes, pulling loaded emergency sleds, and maintaining avalanche terrain. From the San Juan Mountains in the Rockies to Vermont’s “Beast of the East” and Montana’s big-mountain pitches, these ski patrollers manage the most renowned and challenging inbounds terrain in the country.

Here are the best skis according to the pros. 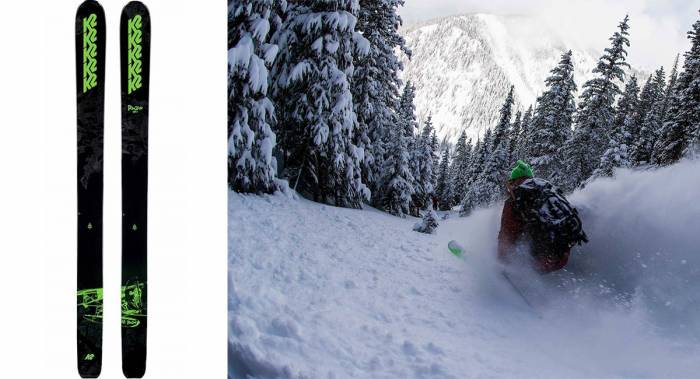 In the rugged San Juan Mountains, Silverton Mountain delivers advanced and expert terrain with more than 400 inches of annual snowfall. There’s only one chairlift in addition to backcountry access. Oh, and there’s heli-skiing too. Ski Patrol and Helicopter Operations Assistant Manager Marc Kloster has patrolled and guided there for 10 years. He skis on the K2 Pon2oons.

“K2 makes really responsive, durable skis that can handle a lot of beating. And the rocker just makes everything better in the backcountry. It’s nice to have a strong ski when all you do is ski steeps around Silverton,” said Kloster.

He first used the K2 Pon2oon Skis 7 years ago before buying this iteration of backcountry skis four seasons ago. He now owns several pairs with downhill and touring bindings. These are the only dedicated powder skis on the list (they have a waist-width of a whopping 132mm), but they’ve proven themselves at one of North America’s hardest mountains.

“These skis excel in all conditions at Silverton Mountain, Colorado, and the greater San Juan Mountains; and the Chugach Mountains of Alaska as well,” said Kloster. 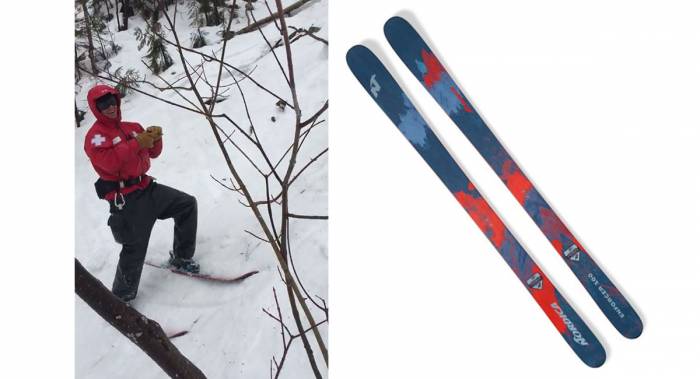 Aside from being Ski Patrol Supervisor at Killington Ski Resort, where he’s worked for nearly a decade, Ian Smith is an EMT and instructor for Outdoor Emergency Care and Transport courses.

Smith’s No. 1 sticks are the Nordica Enforcer 100s (size 177.) He owns 2018 and 2019 models mounted with the Salomon Guardian MNC 13 Alpine Touring binding and the Atomic Shift MNC 13 binding, respectively. He uses these skis all day, in all conditions.

“I am 6’3”, but the shorter length helps me be nimble in the moguls. And I still feel like I’m locked onto iron rails at high speed,” said Smith. “The best thing about these skis is that they are good for all conditions at Killington. They have enough width to float on the powder days and will always hold an edge, even on the FIS Women’s World Cup slalom course — one of the hardest surfaces you can ski!”

The setup with the Atomic Shift is lightweight but robust, which is ideal for late-season work on the mountain. “We ski until June most years at Killington, so we often have to work on very thin-covered trails cleaning up the ropes and pads for summer. These skis hold up solid even on that thin-cover skiing.” 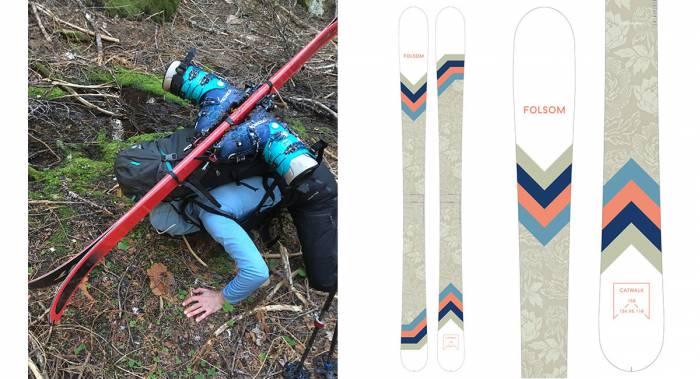 The Folsom Skis Catwalk is the number one ski for Jessica Keil, ski patroller and lift evacuation technician at Aspen Mountain. Keil has been on ski patrol for four years including two seasons at Eldora Mountain. She’s also completed the American Institute for Avalanche Research and Education (AIARE) PRO 1 avalanche training course.

For four seasons, Keil has rocked this ski. “I use these skis as my everyday ski. They are great in variable conditions. I use them to ski the steeps, in deep powder, over crust, and on groomed runs, too,” she said.

The Catwalk’s durability overshadows other ski models. “They last really long and well compared to other skis I have owned that depreciate faster,” said Keil. 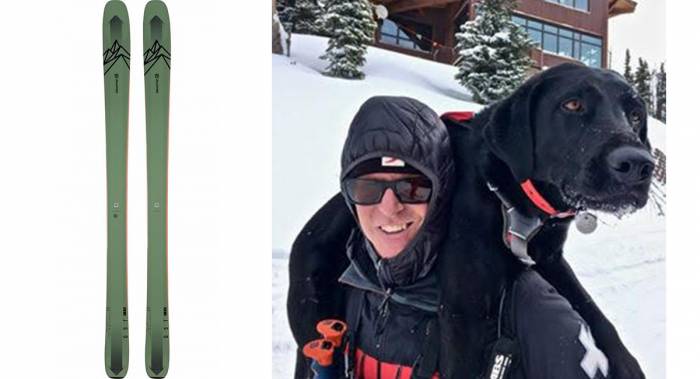 Telluride Ski Patrol Erik Larsen has worked on the iconically steep terrain at Telluride Ski Resort for 14 years. “Hands down, the best pair of skis I’ve ever owned is the Salomon QST 106,” said Larsen, who is the Snow Safety Lead and Dog Handler, among other responsibilities. When the resort closes, Larsen’s ski hours continue in Europe, where he guides.

“People might think we just ski pow, but in reality, patrollers walk on a lot of rocks. We are hard on gear, and the Salomon QST 106 stands up to the abuse — it’s truly a quiver-killer. They are my go-to for all conditions and all terrain. I use them every day, all season, for 100-plus days a year on two continents patrolling, guiding, and freeskiing,” said Larsen.

These Salomons “have no limits”: They rip the steeps on Palmyra Peak, moguls on the front side, powder runs, and carve groomers with ease. They are lightweight and nimble with great turn initiation. And the width is prime for floating in deeper snow and providing confidence on hairy slopes angles. They have modest camber underfoot and early tip and tail rise.

For search-and-rescue scenarios, Larsen has the skis topped with the Salomon S/LAB SHIFT MNC bindings, which are solid for uphill and downhill use. “This setup is confidence! You need that for taking patients off the hill in all conditions,” he said. 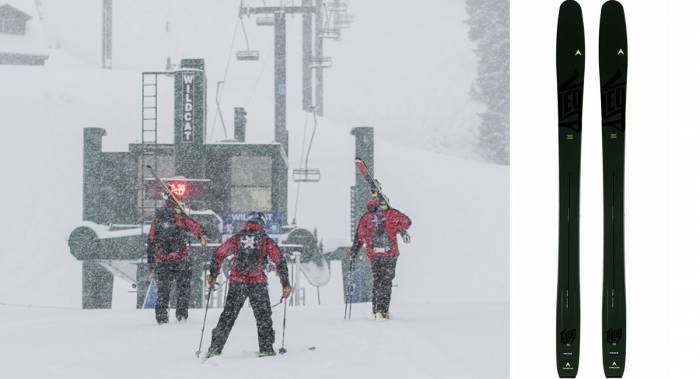 Ski Patrol Liz Frederick is starting her third year at Alta Ski Area, and she swears by the Dynastar Legend X96. Frederick has faced a variety of terrain and conditions with these skis on, which she has used everyday for the past two seasons and plans to use this winter, too.

“They’re not really powder skis, but they’re great for bumps, cowboy pow, tree skiing, and crude environments. They are great skis for hardpack and tackling rocks. They have a great turning radius and carry energy well, meaning they don’t take much effort to get them to go where I want. And they’re 98mm under waist, which makes them versatile,” Frederick said.

And the best part is the easy price tag: “Skis don’t last long when you’re walking and skiing over obstacles or meager snow coverage, so the less expensive and most all-around skis win in my book!” 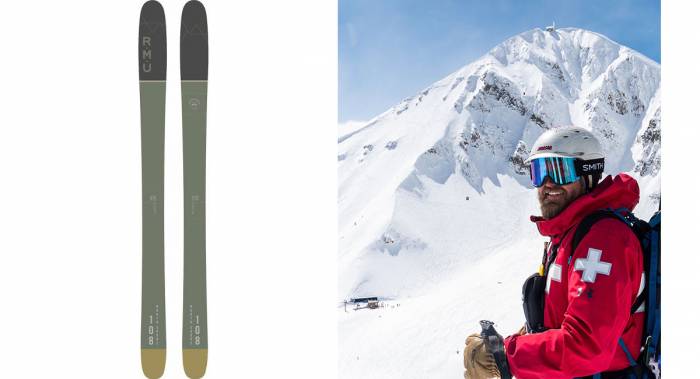 Ski Patroller Bjorn Johnson clicks into the RMU North Shore skis when working at Big Sky Resort. He got his first pair in 2015 and has a second pair on the way. He has ski patrolled for 9 years and is going into his second season at Big Sky.

“I have skied this pair in champagne powder and cold smoke, bulletproof World Cup race surfaces, and all the wonderful variations of packed powder. Before the resort opens, I use them to slide from rock to rock. I cannot believe they have withstood the amount of punishment that patrolling dishes out,” said Johnson.

The North Shore has a fairly light size-to-weight ratio. But most importantly, they are durable and dependable. “I have had other skis last only one season before they are noodles or blow out an edge. The North Shore is my hard-charging workhorse,” he said.

Whether you frequent backcountry mountains or a local resort, we've got the best ski and snow pants for women. Read more…

After hours of research and months of testing, we found the best snowshoes for every use and budget. And don't miss our buyer's guide with everything you need to get started. Read more…

Up Next: 100 Peaks, No Gas: Skier Greg Hill Takes a Fuel-Free Adventure