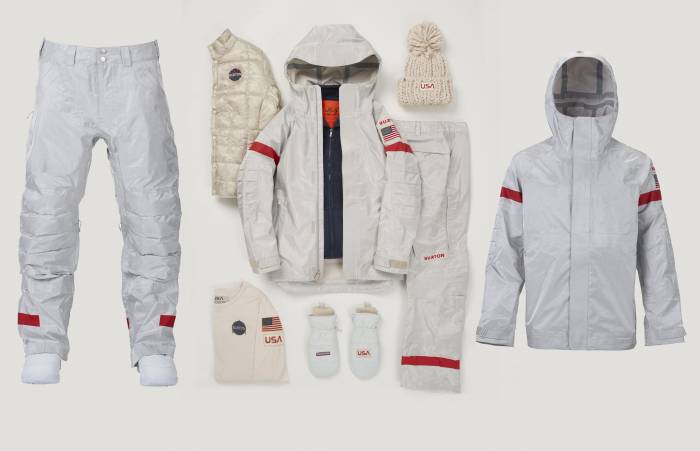 Inspired by the American space program, Snowboard juggernaut Burton today unveiled its 2018 Olympic uniforms. They are made for the U.S. Snowboard Team to wear during the Winter Games in Pyeongchang, South Korea.

The functional, modern pieces have dramatic style and the technology you’d hope to see when a brand hits the world stage. The Burton competition jackets and pants, for example, are noted to have a “liquid metal” look. 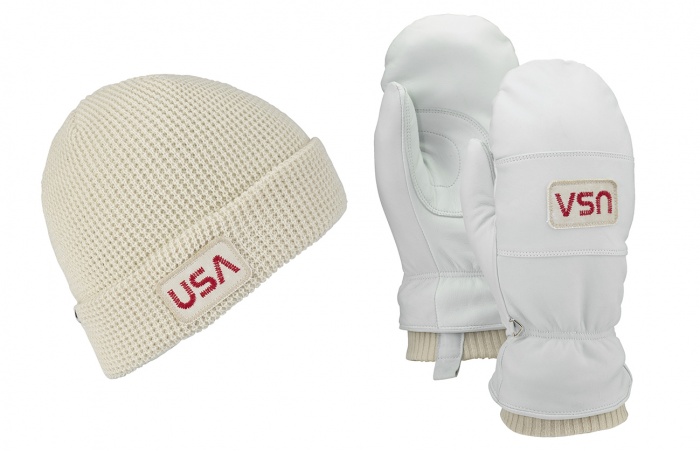 Burton developed the futuristic fabric solely for the 2018 uniform. It infuses a lightweight, aluminum-coated fabric typically used for audio equipment with technical properties made for snowboarding in any weather condition, the brand says.

The company claims the resulting fabric is light, waterproof, and reflective to both light and sound.

Next, to pay homage to the spirit of the American space program, the competition jacket has hand-drawn patches depicting the American flag and “USA” in space-age font.

Designers sewed helpful artwork to the lining with Korean translations of phrases like “Do you speak English?” and “Wish me luck!”

Maybe the most exciting product, Burton built a “spacesuit-inspired” down one-piece from tougher-than-steel, bright-white Dyneema fabric. The brand will also make a puffy down jacket from the wonder fiber. 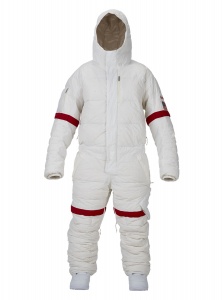 Dyneema is super light, strong, and waterproof. And it certainly does look the part of a moonsuit with its red trim and stark-white body.

Burton also created a soft fleece jacket and pant made with custom Polartec High Loft fabric that was originally created for the U.S. military.

Other parts of the uniform include leather mitts, fleece gloves, tech tees, beanies, and wool base layers in “international orange,” a signature color used by the American space program,.

This is the fourth Olympic uniform designed by Burton.

“I have always loved the astronauts’ suits, because not only do they have such a cool and amazing aesthetic, they also were designed to function under the most extreme conditions,” said Greg Dacyshyn, head designer of Burton’s Olympic uniform program.

“This gave us an incredible platform to push the innovation and technology of the garments as well. My hope is that these pieces help the athletes go where no rider has gone before.”

Up Next: ESPN Wants to Know: What’s the Hardest Ski Resort?