Army jets, helicopters, snowmobiles, ice climbers, paragliders, fireworks, and a 9,000-pound elephant sculpture. This is the craziest play ever. 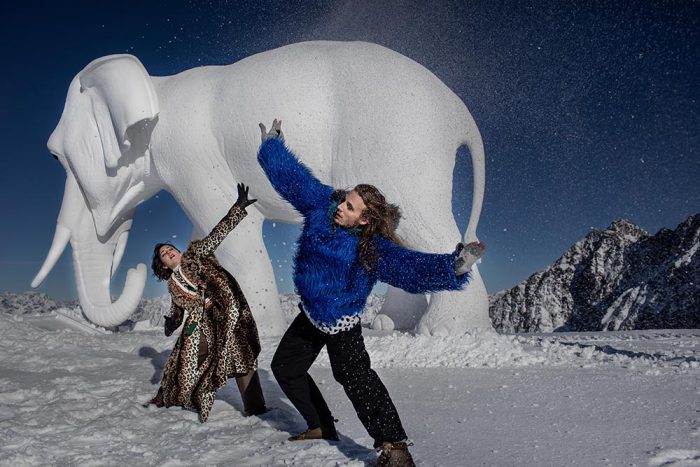 High in the Austrian Alps, 3,000 meters above sea level, stands Pollux. The snow-themed elephant towers 13 feet tall and 20 feet long. He made the nearly 200-mile trip from Salzburg to this spot, the Rettenbach Glacier, for his stage debut.

Pollux and a cast of more than 500 will star in what has to be the bat-$#@% craziest theatre on earth. Each year, Red Bull sponsors the Austrian artists’ troupe, Lawine Torrèn, to put on “the world’s largest performance.”

The open-air play uses aircraft, daredevils, snow cats, pyrotechnics, and massive sculptures to reenact Hannibal of Carthage’s 2nd-Century B.C. crossing of the Alps with an army of 60,000 men. 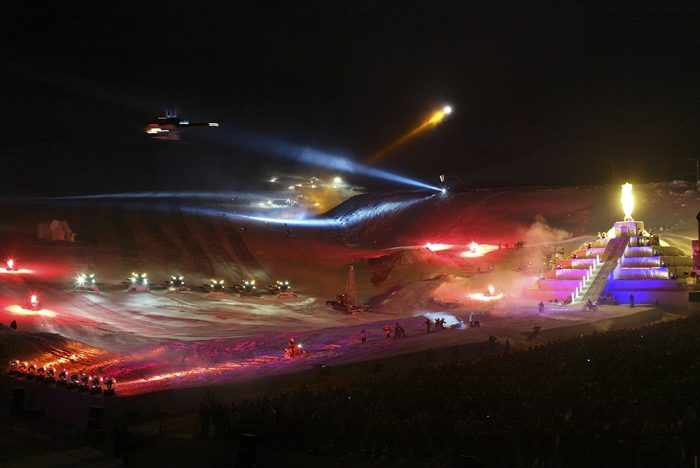 Since 2001, Lawine Torrèn has attracted 8,000-plus spectators to its “stage”: the sprawling ice sheet in the town of Sölden, Austria. 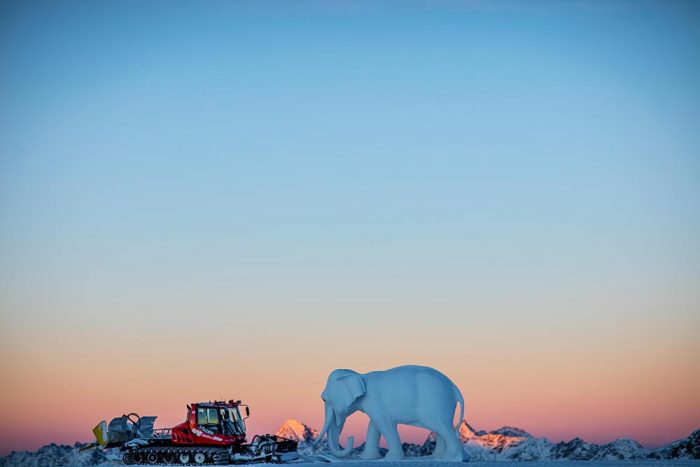 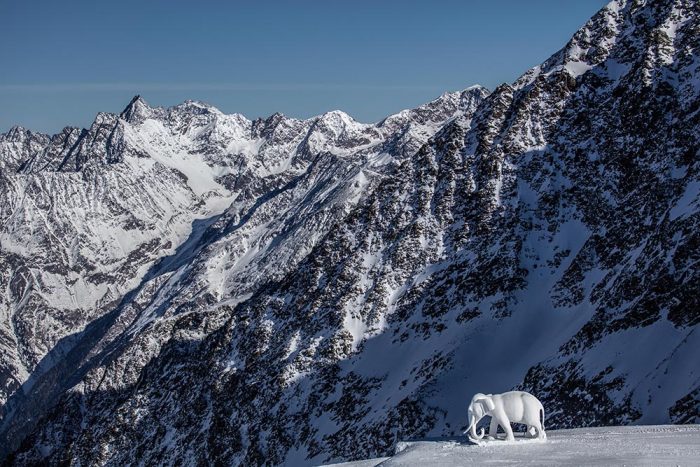 “No stage edges, no fly loft, no orchestra pit,” boasted René Wolber, a promoter for the event. “In this world of ice, in the midst of 3,000-meter peaks, the backdrop is as great as the mountains themselves.”

The Alps may be beautiful, but who will notice the mountains? This play is exactly what you’d expect from Red Bull.

An Alpha Jet, B25, and Corsair — part of the energy-drink brand’s “Flying Bulls” fleet — portray gods in the tale of Hannibal of Carthage’s military crossing of the Alps in 218 B.C.

Motocross riders on snowmobiles portray Carthage troops. Skydivers and paragliders play the mythical bulls of Hercules. And 37 snowcats line up alongside Pollux as a herd of elephants.

Of course, there will also be tons of pyrotechnics. The one-night-only event happens April 21. If you think you’re ready for an evening at “the theater” and can get to Austria, buy tickets online for as low as $44 for adults.