Home » Winter » ‘Girls Will Be Girls’: Kari Traa Wants to Hear Your Stories of Inequity in Sport

Women in sports are breaking barriers and rules — and that’s not a bad thing.

Today marks the launch of women-tailored Kari Traa’s latest brand campaign: Girls Will Be Girls — Let’s Break the Rules. Why should you care? The campaign is an ode to girls and women everywhere — be yourself, be strong, fight for yourself, rise above.

More importantly, the brand has a way we can all do that together.

The brand says its campaign message is two-fold: encourage women to put down the “rule book” of being a girl, then break those rules. Kari Traa has also gathered various women to share some stories of gender inequality in the outdoor industry.

The goal is not just to celebrate women in sport and lift up fellow female athletes, but also to acknowledge that inequality is still there.

Back in the late ’90s when Kari Traa was mogul skiing, there weren’t many — or any — women in her sport. “I trained with the guys and competed with the guys. Actually, since my name, Kari, is a guy’s name in Finland, I sometimes even was mistaken for one,” she said.

Here’s the rub: We’ve still got a long way to go. 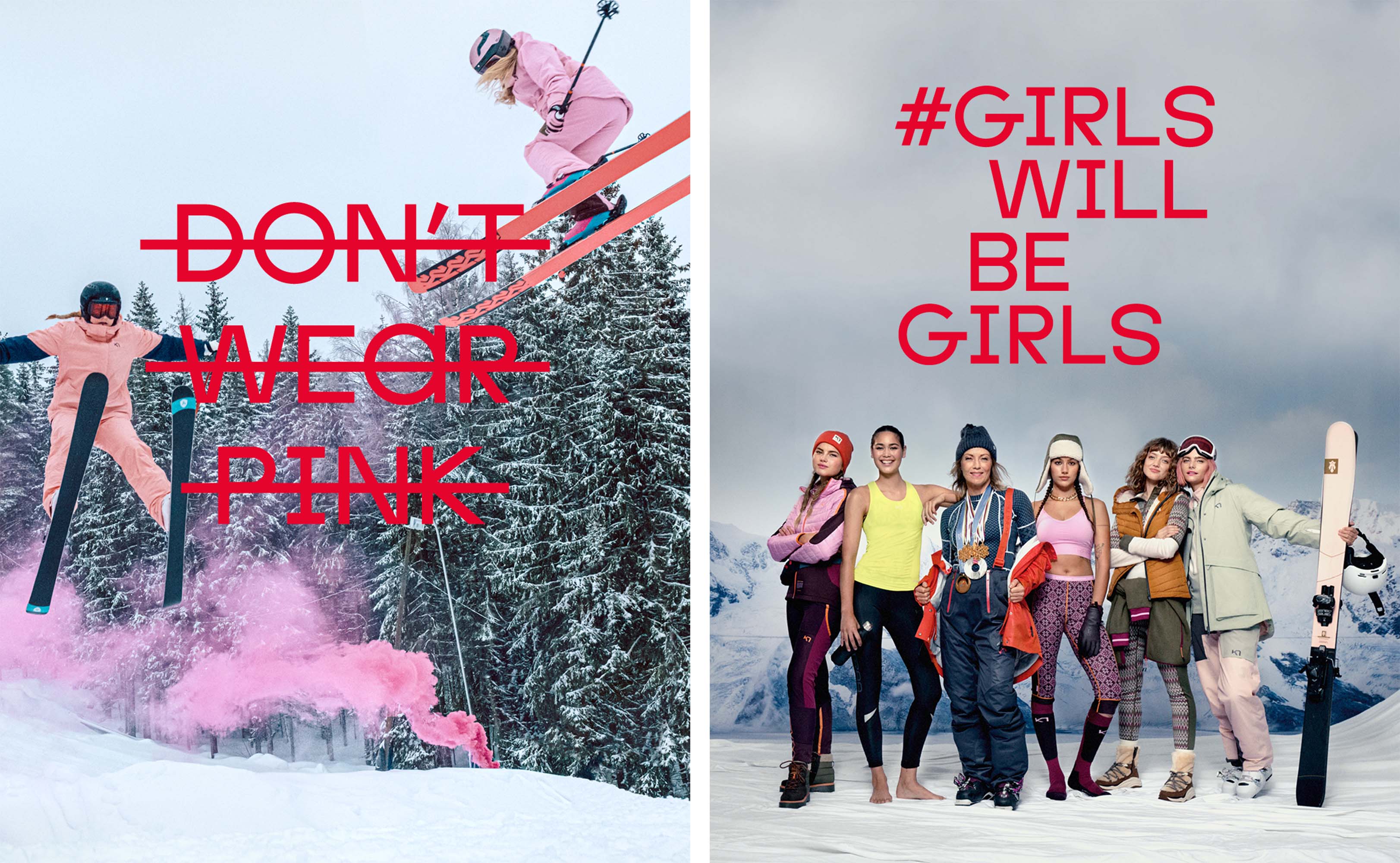 Aside from the uplifting montages of female athletes skiing, snowmobiling, snowboarding, and doing epic things outdoors, there’s a more ominous tone in the background.

In the U.S., women on average still only earn 81% of what a man earns. And there’s an even higher disparity in gender gaps in athlete sponsorships, athlete salaries, and athlete bonuses. (Kari Traa mentions the $370 million gender gap in bonuses for male versus female teams in the FIFA World Cup as just one example.)

Here are just some of the people you’ll hear from throughout the campaign:

“All too often, I find myself interacting with a guest [raft client], and they’re surprised by my ability, and by my female co-workers’ abilities,” Nina Waters shared. “I don’t know a woman that hasn’t experienced this. And I think the only way to fix it is by bringing light to it.”

This campaign is a call to women everywhere: Share your story on social and tag #girlswillbegirls and @karitraa.

Christy Mahon has summitted and skied all 58 14,000-foot peaks in Colorado. Then she did the same on the 100 highest peaks in the state. And she's just getting started. Read more…

Up Next: Snowboarder Graces $1 Coin: Why Vermont Minted the ‘Melon Grab’