The POC Obex Spin BC has an embedded NFC chip to share your health data with first responders in the event of an emergency. But many of those first responders don’t know how to use this emerging technology — yet.

At its core, a helmet does two things: First, in the event of an impact, it spreads the energy to a larger surface area. So instead of a dime-sized impact of a rock against your head, a helmet allows a much larger region of your skull to absorb the energy.

The second core thing a helmet does is manage acceleration and deceleration. When you’re traveling fast and suddenly stop due to impact, your gray matter sloshes around in your skull. That’s not good and remains a major cause of concussions. So helmets help limit this as well.

But with the addition of near-field communication (NFC) medical ID technology to POC’s new Obex Spin BC ($250), helmets add another feature: This one can communicate with first responders, possibly saving your life.

The Obex Spin BC’s stellar point of differentiation is the NFC chip that lives in the helmet. In essence, you upload a free app to your device, fill in your medical history, place your device within a few centimeters of the NFC chip in your helmet, and your medical history automatically uploads. POC’s website states that it is “the ski helmet that can speak for you when you can’t.”

Should first responders find you in an uncommunicative state, they can also use the same app to retrieve your medical history and, in theory, move forward with immediate care to stabilize you. The key phrase “in theory” remains the caveat. We uncovered two key issues with NFC. 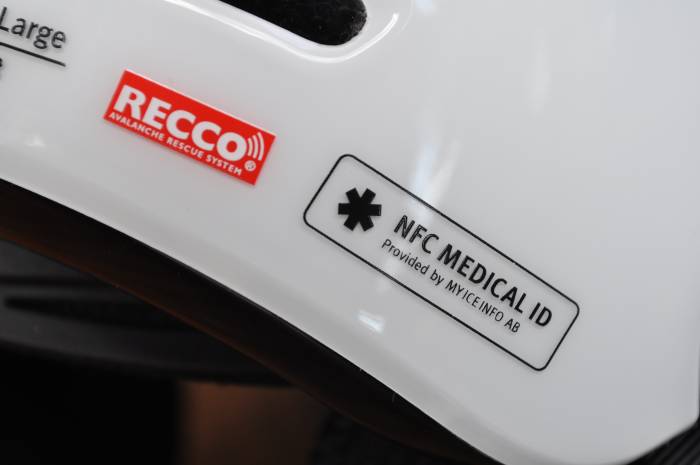 Near-Field Communication: Who Uses It?

First, of the four search-and-rescue (SAR) agencies we spoke with — including SAR agencies and ski patrol based in popular mountain communities and one military unit — none has heard of this technology.

It’s a very quick and potentially lifesaving way to communicate important points of health data. However, if a first responder doesn’t have the app downloaded on their phone, the NFC Medical ID logo adorning your helmet is just another piece of bling.

NFC technology is owned by twlCEme, based in Sweden. In general, I adore all things Swedish. Hell, I even like ABBA. In general, I think those Swedes are pretty clever.

But for this technology to work, it will have to integrate into every first responder’s evaluation process. Typically, first responders check wrists, forearms, and necks for important medical information tattooed on the skin or carried on a bracelet or necklace.

Once the technology saturates the market and is ubiquitous, checking for the NFC technology will work its way into the evaluation protocol. Until then, the new technology is a double-edged sword for the brand: It provides a very cool talking point, but its utility is limited. 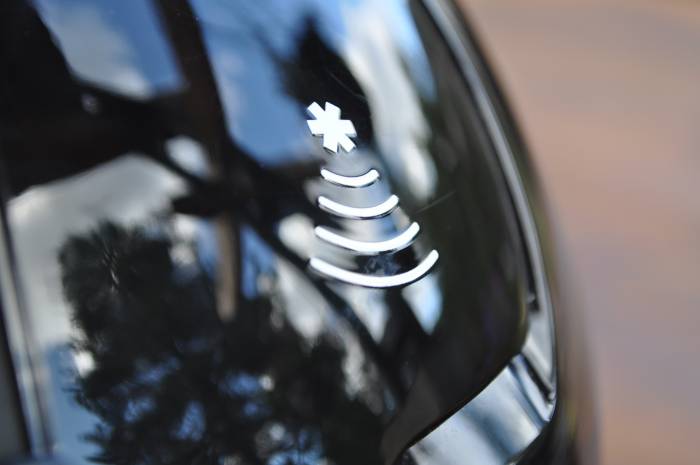 How well this technology penetrates that U.S.-based SAR community will depend on funding. To do it right, twlCEme will have to put reps on the road, attend SAR functions, and aggressively sell it to the SAR community. This all takes money.

The second qualifier is that every SAR person we spoke to raised concerns about patient privacy rights.

According to twlCEme CEO Christian Connelly, “Since the user uploads the data to their tag, the user alone is responsible for that data. That means that it is possible to also leave the tag in the helmet completely blank and devoid of personal data. Additionally, if you choose to upload data, this is not connected in any shape or form to any database or cloud service.”

While we didn’t appoint an attorney to vet this, Connelly’s statement makes sense. And we wonder what would stop a stranger from scanning your data at the pub during apres hour.

In addition to the NFC chip, the Obex Spin BC also houses a RECCO chip, which will help first responders find you in an avalanche (although it’s not a replacement for a beacon). Plus, the helmet’s liner incorporates aramid panels.

“This definitely makes the liner more robust, and it contributes both to the spreading of the force over a larger area and managing accelerating and decelerating forces,” the POC engineering team told us.

The Obex Spin BC also utilizes POC’s Spin system. This serves the same utility as MIPS, helping to control shear forces in the case of an impact. Virginia Tech, home to the world’s leading independent helmet safety program, rates helmets with shear-management technology highest. And with POC and others, it’s now crossing over into snowsports.

The only place where the Obex Spin BC falls short for me is color. Having been the guy attached to a gunner’s belt, hanging out a chopper door looking for stranded hikers, visibility is a really important factor.

When I’m in the backcountry, various blaze-orange articles scream my presence. If something goes down and only the top of my helmet is poking out of the snow, I don’t want it to look like a rock or clump of ice. I want it to unequivocally reveal my location.

POC said my concern about visibility is “exactly why POC brought the AVIP (attention, visibility, interaction, protection) concept over from the bike side.” The brand told me AVIP launched in cycling to make riders more visible to cars, and Obex designers incorporated it into the snow helmet.

But AVIP relies on contrast. On a bike, POC’s core of black, white, and orange makes total sense in a summer landscape. In a snowy environment, where whites and dark earth tones dominate, I’m not sure POC’s color choices visually pop.

Fortunately, the Obex Spin BC also comes with an orange panel. Wise backcountry travelers would be prudent to choose that execution.

Finally, the aspect I adore most about the Obex Spin BC is its fit. The padding and whole-head adjustment system gently swaddled my head in protection and comfort.

And as an instructor, I really like removable ear flaps. On those occasions where I teach a group lesson, it keeps my hearing, which has been compromised by the aforementioned helicopters (and things that go boom) a bit more acute.

Obex Spin BC Helmet: Who’s It For?

Am I being nitpicky? Damn right. As a retired product developer, when I look at a product I see the multitude of decisions that were made to take it from white paper to delivery — not just the finished product.

So, who is this helmet for? In short, the Obex Spin BC is a helmet for every snow slider. According to POC, the helmet is robust enough for inbounds snow sliders as well as backcountry travelers.

That would make it a more feature-rich version of POC’s already popular Obex Spin. Just don’t make the purchase and bank on the NFC chip. Not just yet anyway.

Until there’s market saturation and first responders are trained to look for the NFC chip logo, critical mass and its utility will not be fully realized.

Up Next: Video: Ski the Middle Teton Vicariously for 9 Glorious Minutes