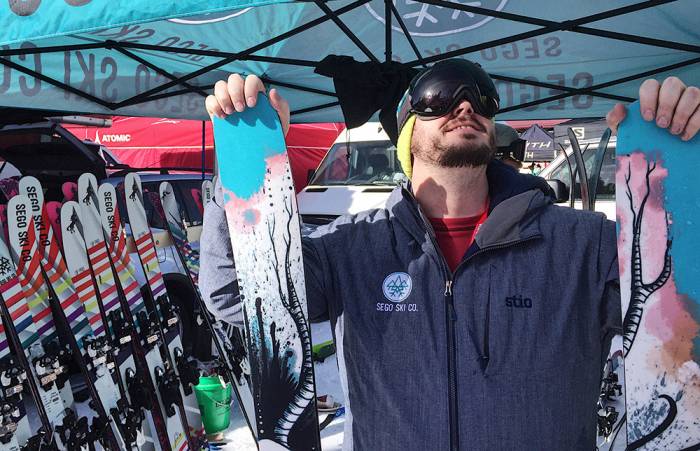 Manufacturers wowed us with some sweet new 2017 ski gear at the Ski Industries Association Snow Show last week in Denver. These products grabbed our attention. 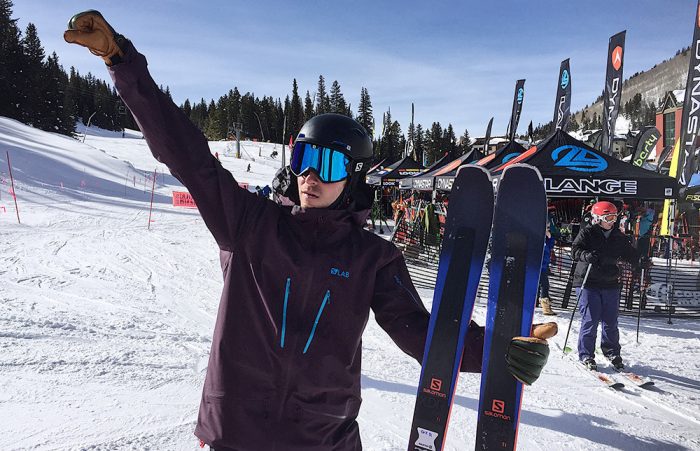 Well, my ski bum friends, SIA 2017 just wrapped. Aside from the fluorescent lighting inside the Colorado Convention Center in Denver, it was awesome. My mission as I strolled the aisles was to find THE ski. Three years ago, Rossignol stole the show with the introduction of the Soul 7. Mouth agape schlooshers flocked like bees to honey with the backlit display of its Air Tip technology.

This year, however, rather than one kick-ya-in-the-face surprise, I found a few noteworthy noodles. 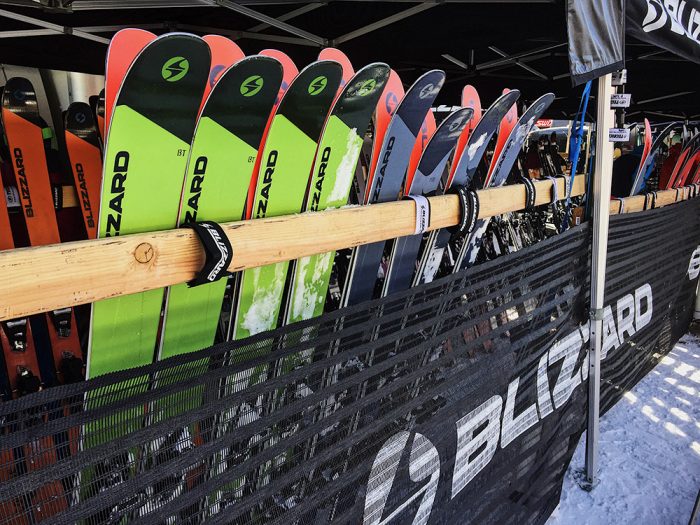 The trend permeating the show was expanding lines of proven skis. Blizzard’s Black Pearl has been the best selling ski in the country for the last few seasons. It’s easy to see why the company broadened the line from one waist width to three, 98mm, 88mm, and 78mm. Every woman I’ve ever chatted with after wiggling on the Pearl responds with a standard phrase: “This ski rocks!” Blizzard also expanded the all mountain and freeride flavors. The Rustler 10 and 11 received a lot of looks from attendees.

Similarly, Nordica stretched the Enforcer into a series, and with good reason. Like jumping a jet ski into Jello while watching Point Break, ya just can’t help but smile when you’re riding the Enforcer 100. The series now includes a waist width and construction for every type of skier, from weekend frontside carver to all-day-every-day ski bums. The 110 and Enforcer Pro (115mm) should be deep snow drivers of dreams. Plus, look for buzz about the women’s Santa Ana expansion.

Indie brands like Sego and Black Crows improved lineups by adding models. Sego’s expanded women’s line, the UP series, is built for ripping ladies that want a crusher underfoot.

G3’s SENDr is a brand new backcountry ski that was designed to be a feather on the uphill without forgetting why we walk all that way in the first place, to have fun skiing down.

And DPS continues to corner the soul surfers with the Alchemist line, available Feb 15, 2017. It addressed the chatter and “tingy” feel by adding proprietary materials to dampen the ride and round out the flex pattern. The brand continues to search for the perfect turn in the deepest snow. 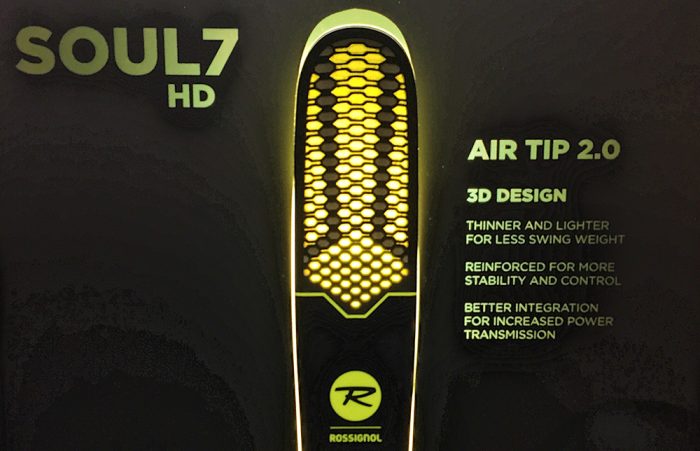 Bigger brands have some good-looking big boards. Rossi’s 7-series has a few upgrades. It gives a new look to the “anti-graphic” on the topsheet and smoothed out the honeycomb tip-to-core transition with Air Tip 2.0. Its tag line for 2018 is “the best gets better.” Also, check out the super hush-hush double top-secret BlackOps.

Salomon’s new XDR 84 and 88 are the real deal frontside all mountain carvers. Stout and responsive without being overbearing.

The Kore looks like no other Head ski I’ve ever seen, in a very good way.

K2’s Catamaran is a direction powder hog that has a longer inside edge and shorter outside edge to improve deep, soft snow crushing and carveability.

The shape of Line’s Sickday series was redesigned. A new core with paulownia and maple wood, and “Magic Fingers” carbon stringers will give a stout but fresh feel. It’s still all about fun with Line.

The Tracer and Trace, male and female respectively, are Armada’s 2018 push, which will keep its core fans happy and invite newcomers.

Atomic’s frontside carvers look like speed demons that’ll light your hair on fire and the athlete-driven Backland series is all about pow performance.

The brand new Fischer Ranger 115 has full edge to edge metal underfoot, a thin carbon nose, and milled channels in the core to reduce the weight by 25 percent. That sucker wants to crush and go fast. 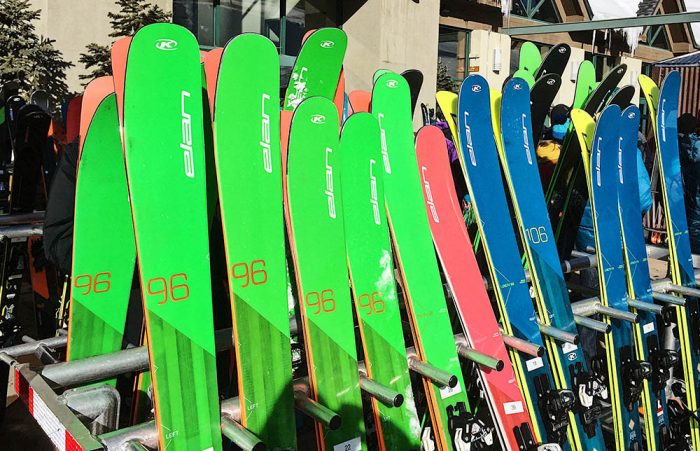 The big story from Elan is that Glen Plake is planning a first descent of the moon. Just kidding, but the brand has some cool things happening. New York-based venture capitalists purchased the company from the state of Slovenia with the intent to make it a more global brand.

Elan makes some nice skis that perform well, and brought former K2 branding and PR wunderkinds Jeff Mechura and MJ Carroll on board to help sell the “Always Good Times” story. Look for the 2018 Ripstick 96 to make a big splash in the coming season.

Moral of the story, we’ve got some decisions to make people. Except one thing is for certain: Let’s. Go. SKIING!