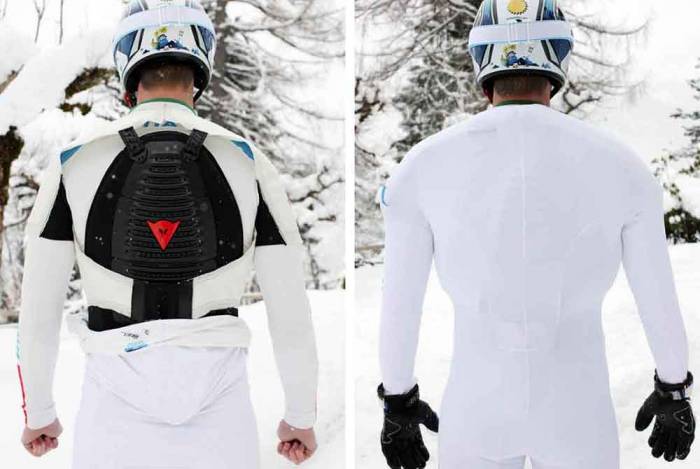 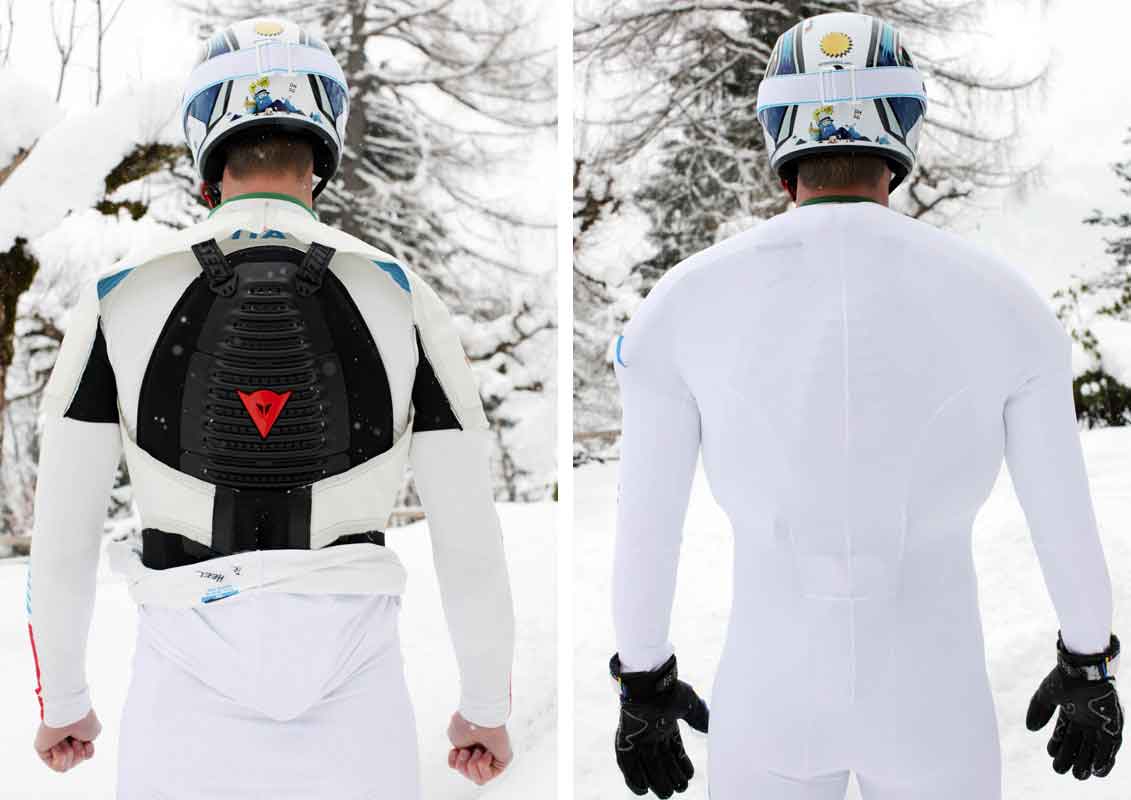 Alpine ski racing is a sport of spectacular and sometimes devastating crashes. To up safety margins, this season an airbag system from Dainese will be used in FIS Alpine Skiing World Cup events.

The heart of the D-Air Ski system is the airbag, which can inflate in a blink during a crash. The surfaces of the bag are connected by micro-filaments, which allow it to expand with a constant pressure over its entire surface area so as to wrap around the skier’s body, the company notes.

Similar micro-filaments are used in inflatable SUP boards and help them maintain a rigid shape with otherwise flexible materials.

The airbag is deployed automatically when skiers fall. Using an algorithm developed by measuring forces exerted by skiers over thousands of runs during a five-year collaboration with the FIS, the system senses irregular acceleration as it happens in a fall, deploying the airbag in 25 milliseconds to cover the shoulders, collar bones, and chest.

Following the multi-season collaboration with the FIS, the D-Air system will now protect the Austrian, Italian, Canadian, and American ski teams racing in speed disciplines. It will likely see the greatest use in high-speed events such as downhill and super-g.

Dainese first entered the world of Alpine skiing in 1995 protecting skiers’ spines with a back-protection product on the competitive skiing circuit. The brand offers the D-Air Ski system not only to athletes in the teams it officially sponsors, but to all the ski federations.

The company pioneered electronic airbags as protection in sports, having created technology for the world of motorcycle racing more than fifteen years ago.

It makes a few safety products such as back protectors and pads for ski racing.

The focus of the product is obviously ski racing, but it would be interesting to see a recreational application on the market in the future. For now, the product is only available to elite athletes on the circuit, but a spokesman for the company said it is looking at expansion to the consumer market in the near future.

Skiing fast is fun, but it has its risks. It’s nice to see a new method to keep athletes a little safer on the slopes.