Known for its jackets and climbing gear, Arc’teryx took a leap further into the backcountry category with an avalanche backpack and a ski boot. 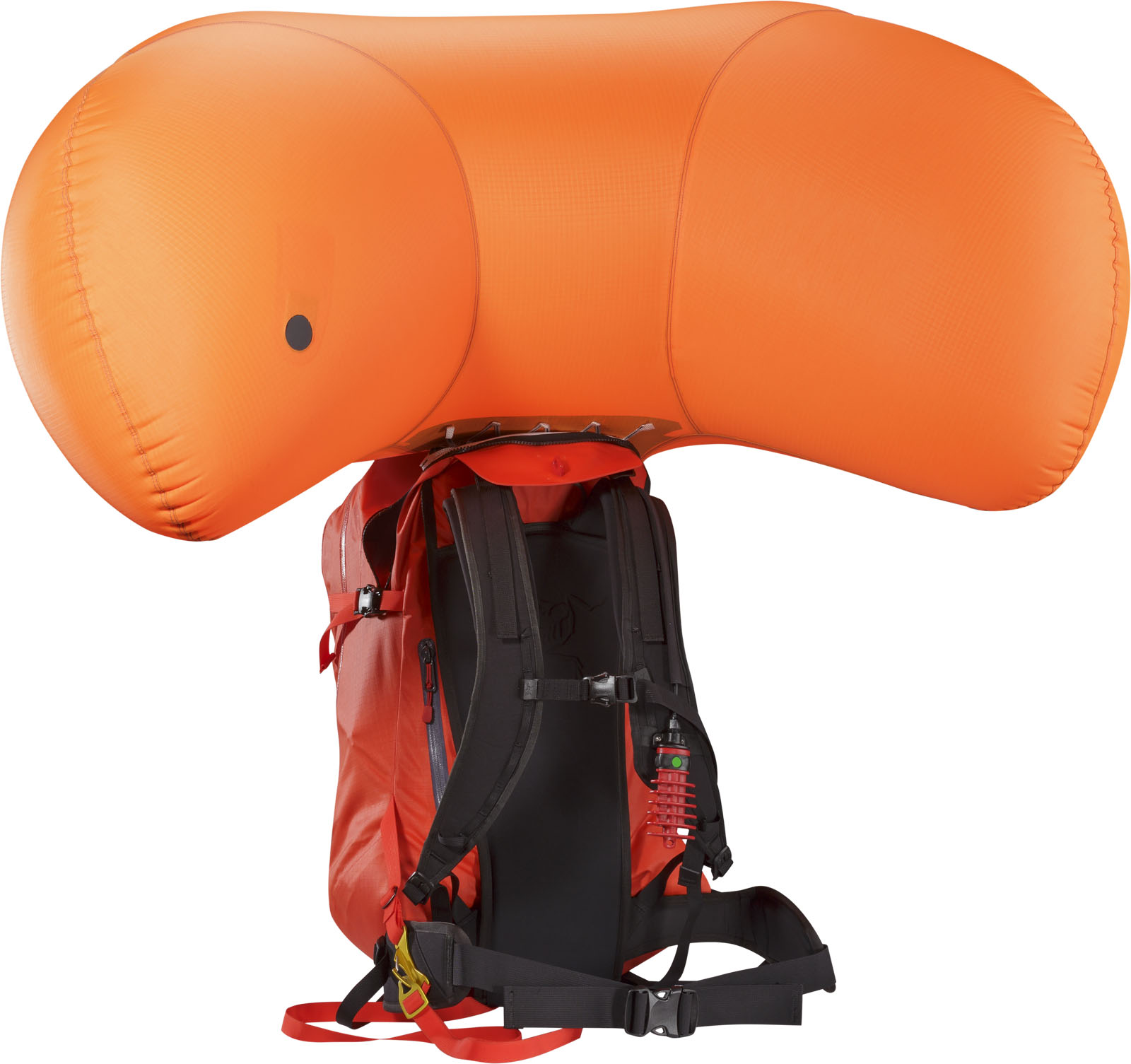 Touted as a superior option for backcountry skiers, Arc’teryx now sells an avalanche airbag backpack, a first for the company. A spokesman noted the pack is a part of “the biggest product launch Arc’teryx has ever seen.”

Made in Canada, the Voltair avalanche airbag uses a lithium-ion battery to deploy a 150-liter balloon with a high-speed fan. Once inflated in an emergency, it can protect a skier in an avalanche and allow him or her to better float at the top of a slide. 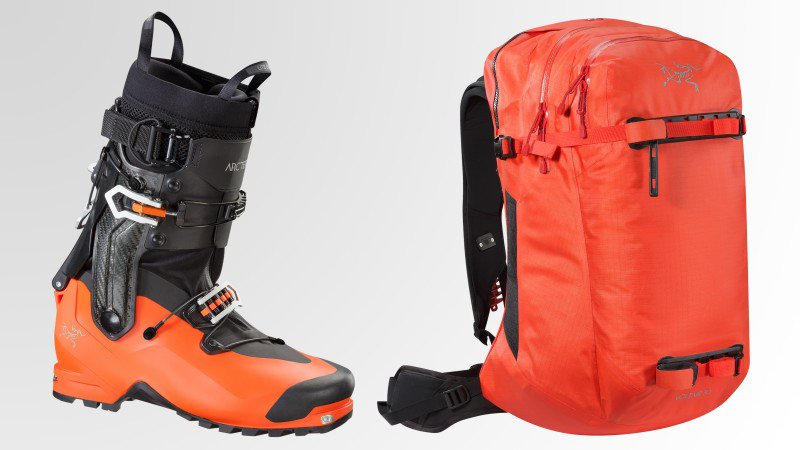 Arc’teryx cites a few advantages, saying its Voltair has more “initial pressure than any other battery powered avalanche airbag system on the market.” The company is likely referring to a similar pack, the JetForce, made by Black Diamond.

Unlike traditional compressed air cylinder systems, the battery-power fan unit in the Arc’teryx pack is not limited to one deployment per charged cylinder, as reported by WildSnow.com, which published a full release on the product and is currently trying it first hand.

This system lets people practice deploying the airbag “to better train themselves on how to react during an avalanche,” Arc’teryx noted. 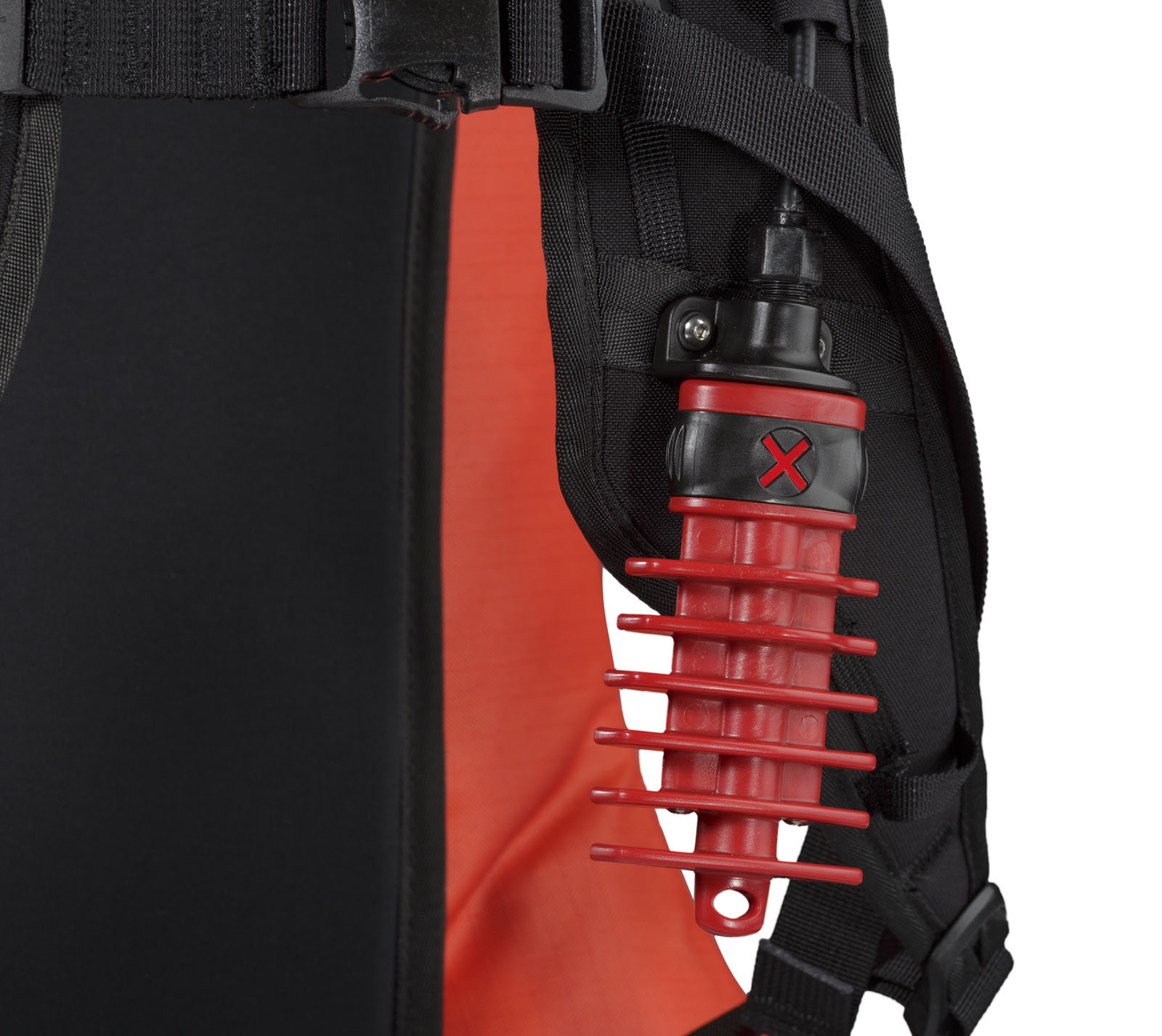 The company notes the airbag will deploy “consistently and continuously” even if small tears or punctures “result from colliding with hard objects like trees and rocks” during a slide.

Climbing harness technology is used to secure the airbag pack to the body. The Voltair comes in two sizes (20L and 30L) and has the requisite compartments for snow safety equipment like shovels and probes.

Alpine-touring boots must secure the feet while skiing down with stiffness that rivals traditional alpine boots, yet be flexible and comfortable in a different mode when skinning and traveling uphill or across flat expanses.

It is this contrasting demand that has flummoxed backcountry boot designers for decades. 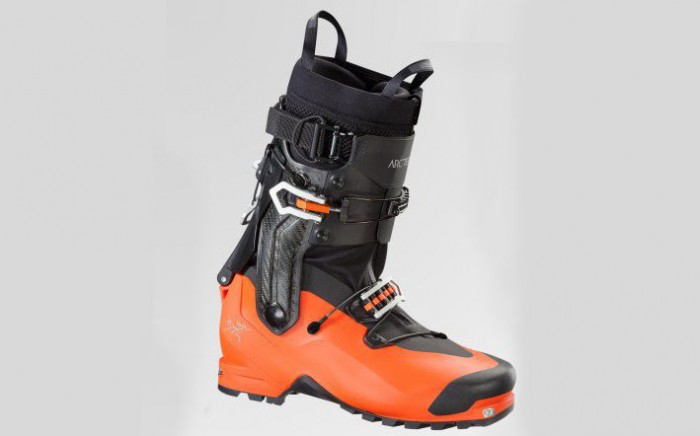 With its Procline AR boot, Arc’teryx throws its hat in the ring for a better design.

Backcountry gear expert Lou Dawson of WildSnow.com noted the Arc’teryx Procline AR ski boot “may hit a real sweet spot in the ski touring and glisse alpinism market” and that they “may be a category breaker.”

Why the fuss? A new kind of articulating cuff design adds flex when the boot is engaged in a touring mode.

Outside Magazine reports that the boot allows for not only forward/backward motion like most backcountry ski boots (50 degrees forward and 25 backward) but also side-to-side motion (23 degrees inward and 12 degrees outward).

Dawson noted a “natural left-right ankle roll” that’s almost like being in a hiking boot. (He notes, “yes, you can walk around like you’re in a pair of hiking boots.”)

The Procline AR has a built-in zipper gaiter, crampon compatibility, and a Grilamid-carbon fiber cuff. It looks like a slick upgrade to more traditional designs, and we’re excited to get a pair on our feet this winter for a full test.

–Reportage aggregated from Outside Magazine and WildSnow.com.

Up Next: Watch: The Woman Beating The Best Male Skiers