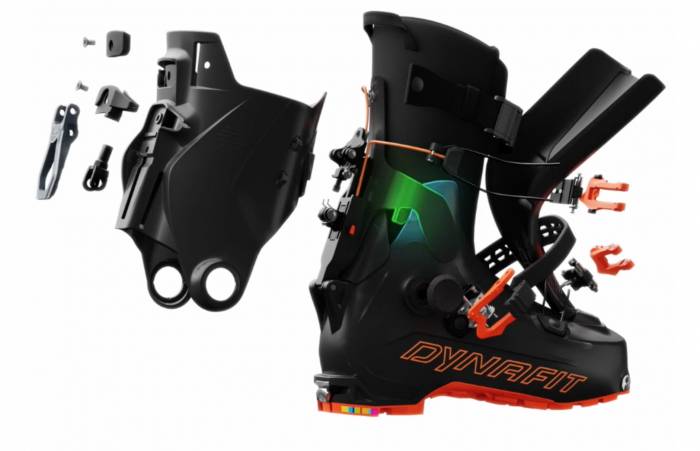 Skin uphill, flip a single lever, and down you go. With the Dynafit Hoji Pro Tour, uphill to downhill transitions are as simple as possible.

But where it shines is transitions. Athletes in early testing regularly mentioned skiing with their “pants always down,” alluding to the fact that you don’t have to lift the cuffs of your ski pants to fiddle with buckles and straps.

That’s all due to the boot’s unique buckle and transition Hoji Lock system, which (spoiler!) works really well.

In short: The Hoji Pro Tour is a welterweight freeski boot meant to tour fast while still driving skis hard for serious backcountry lines. My first impression is that these will be a solid choice for ski touring.

The Hoji Pro Tour comes across as a hard working all-around backcountry ski boot. It’s light at 1,450 grams, but it’s certainly not a carbon fiber slipper for uphill racing. I can imagine talented skiers like its namesake pro Eric “Hoji” Hjorleifson sending pillow lines and dropping big cliffs in these boots. 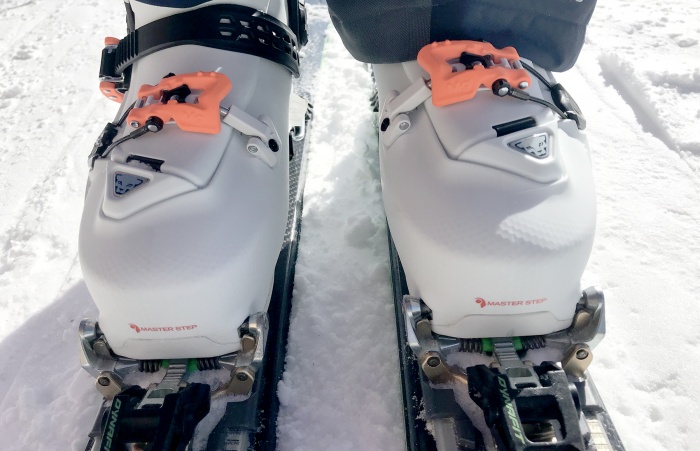 The Hoji Pro Tour should control fairly big, high-performance skis on the downhill while still being light and comfortable on a fast skin up.

So, my first goal was to rip some turns. I snapped into some Dynafit Radical bindings on the Carbonio 89 for some hot laps at Eldora.

The boot gave nice progressive stiffness. It took my direction and pushed it right into the ski, stiffening as I leaned into hard turns. After two fast laps, I felt confident that this boot would drive almost any ski I wanted to strap touring bindings on. 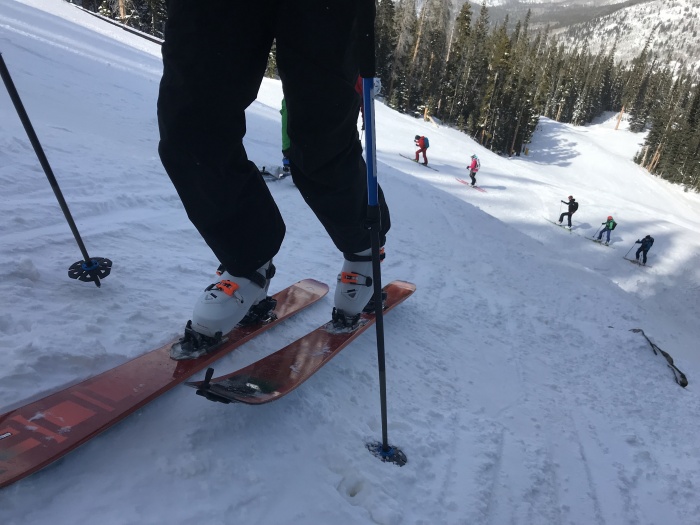 The Hoji worked fine skinning up. The pre-production model I tested had a power strap that rode up over the top of the shell, but Dynafit reps assured me the brand had a fix in the works. 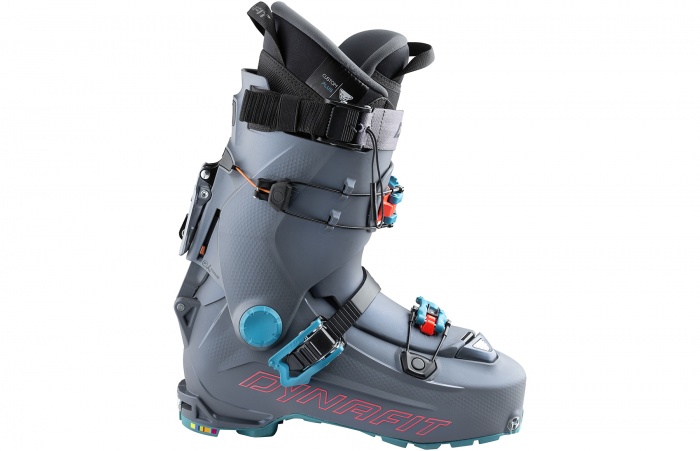 I had a little trouble with the tongue of the liner slipping down during the skin. It caused some pressure on the top of my ankle.

I think this was a matter of fit, and probably having the buckles not quite correctly set. A tug on the liner fixed the issue after a half-hour of skinning.

This is really where the Hoji really shines. Check out the photo below. See the lever sticking out past the pants? All you have to do to tighten and lock the boots is flip that lever into the down position. 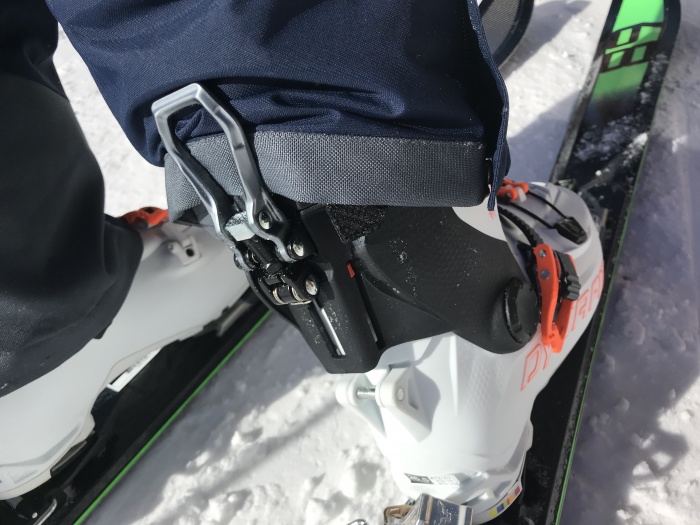 Doing so locks the boot cuff. But just as importantly, it tightens the top buckle. You don’t need to pull up your pant cuffs and fiddle with buckles.

I was impressed with the simplicity of operation, and also the complexity of the engineering that must have gone into the design.

Dynafit spokespeople made a significant show of skiing with your “pants down always.” And while lifting pant cuffs to adjust boots never struck me as a big deal previously, after riding with this boot for a few hours, I must admit it was really nice to simply flip one lever to transition. The simplicity means that you will regularly transition just for comfort, as the lever also loosens the top buckle of the boot for short walks or even riding a chair lift.

An important note: The speed toe on the Hoji makes it incompatible with any non-pintech binding. But for those looking for a touring option, this one seems strong.

As noted, this was a very brief test. My first impression was good. Driving a light ski, it seemed stiff enough and had nice progressive flex. The transitions were slick, and this boot skis uphill as well as any with 55 degrees of ankle articulation.

Check out the brand’s quick video pitch, below, for some extra gear stoke.