Salomon S/LAB SHIFT MNC functions as both an alpine and tech ski binding. And it works with pin-tech boots and traditional alpine ski boots alike. In development for seven years, it’s a major revolution in ski bindings. 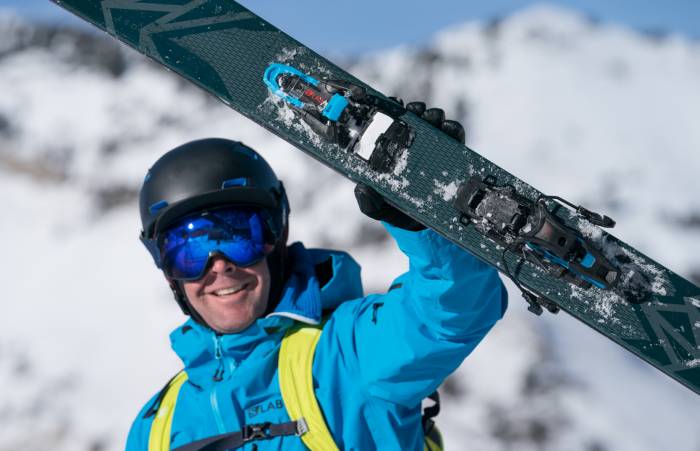 The Salomon S/LAB SHIFT MNC ski binding is like nothing else on the market. GearJunkie traveled to Alta, Utah, on Salomon’s invitation to check out this new design that will hit the market in Sept. 2018.

Most ski bindings fall into one of two categories: alpine or touring. This one hits both, and without the heavy encumbrance of frame bindings.

The second category is the pin-tech touring binding. This burgeoning style grew rapidly over the last decade as it allows skiers to travel easily uphill and down. But pin bindings still trail alpine bindings in downhill performance and safety. 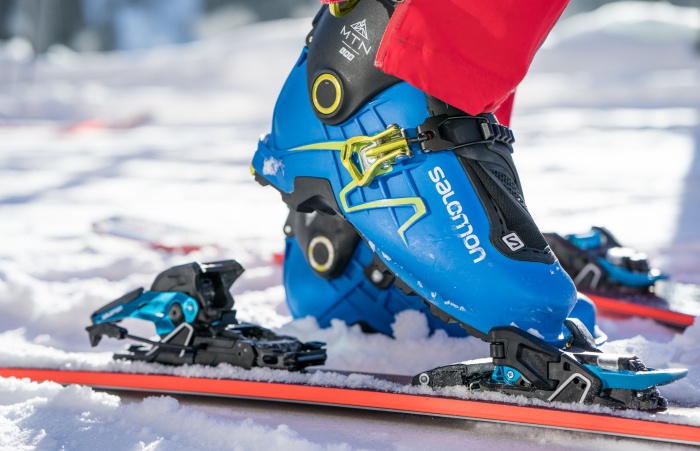 The S/LAB SHIFT MNC marries these two technologies in a do-all binding compatible with most ski boots, including those with both alpine and touring “norms.” It gives skiers the benefit of downhill bindings (safety, convenience, and performance) and pin-tech bindings (smooth pivot, light on feet) for uphill touring.

Salomon kept this binding under wraps for seven years while working with its freeski athletes to develop it. I hopped on it today for the first time and was impressed.

In a single day of testing at Alta Ski Resort, the binding proved comparable to pin-tech bindings on the uphill. It also performed like an alpine binding on the downhills. Simply put, this is like nothing else I’ve ever skied, and it worked like a charm.

Transitions Between Uphill and Downhill

For ski touring or mountaineering, the transition is different than other models on the market but similarly easy. It’s hard to put into words, so I shot this video with pro skier Chris Rubens to explain the transition.

As shown in the video above, you move a couple levers to switch between the settings. It takes a few tries to figure out. But by the end of one day of skiing, it was intuitive and about as easy as a standard pin binding.

A bonus is that when skiing in alpine mode, it acts exactly as an alpine binding. Just slide the boot toe in and stomp down.

Why This Binding Matters

The S/LAB SHIFT MNC offers a lot for a variety of skiers. It is more versatile than anything on the market. 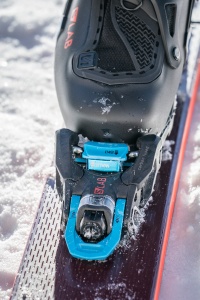 “Pins are not safe like alpine bindings,” Townsend said. “I don’t want to change my approach to the mountains because of the binding.”

These bindings have 47 mm of elastic travel, on par with many good alpine ski bindings. This is a big deal, especially when ripping down mixed, icy, or cruddy snow all day. Serious skiers are going to like this and a power transmission that compares with alpine bindings.

But they’ll also hit the marks for the weekend warrior. Skiers who mostly ride in-bounds will find these bindings exactly like most standard alpine bindings. They work great on lift-served terrain and with standard alpine boots. 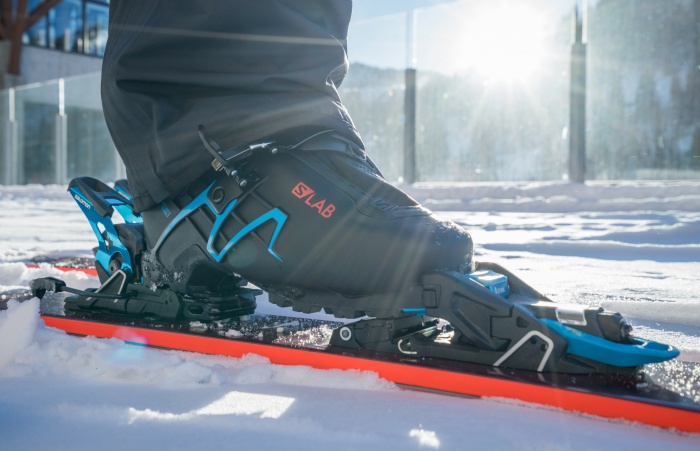 But if you plan to occasionally skin a backcountry line, they serve double duty (so long as you have pin-tech boots). Thus, they eliminate the need to buy a second pair of skis and bindings for the casual backcountry rider who is considering a transition to the backcountry.

Despite its versatility, the S/LAB SHIFTMNC does not work with every boot.

It is compatible with all “norm” boots. But Salomon doesn’t intend it for “out of norm” boots. Examples include the Arc’teryx Procline and several models of “compact shell” boots from Dynafit.

Salomon has delivered a true innovative design. If you have touring and/or alpine boots, it’s an option that opens new doors. 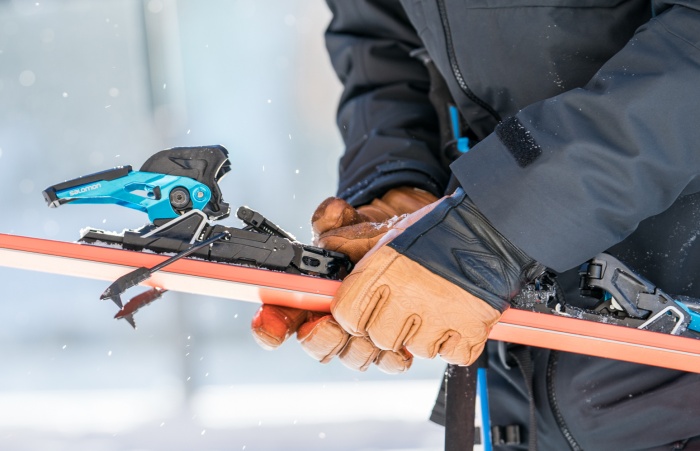 My impressions were great after one day on these bindings. They work for uphill and down. They will almost certainly replace frame bindings like the Salomon Guardian and Marker Duke because they tour so much better (but do come at a higher price). 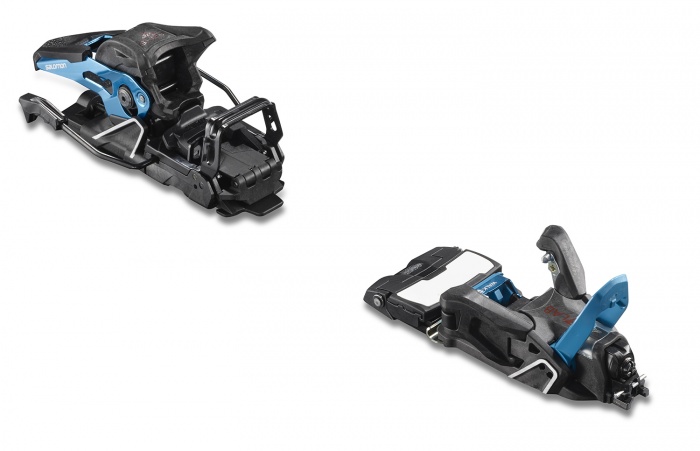 For serious skiers, the Salomon S/LAB SHIFT MNC is going to make a splash. The hardest part is going to be waiting until they hit the market in Sept. 2018. Fortunately, there will be plenty of time for testing between now and then.

Up Next: Evening Movie: Candide Thovex (And Many More) in Ski Feature Film