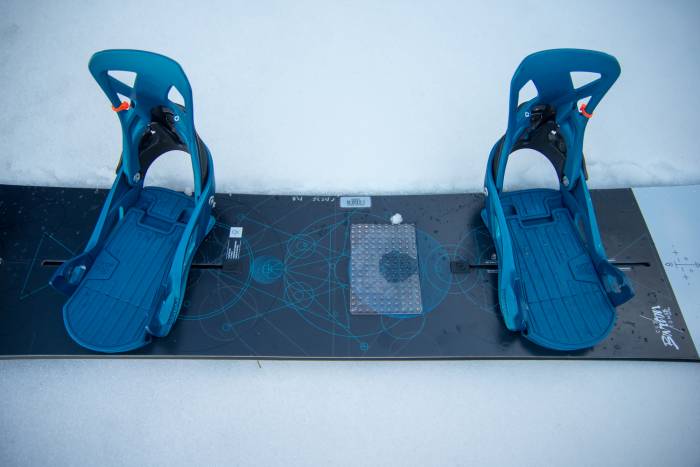 The Burton Step On binding fueled the hype machine this fall. But are they any good? We put them to the test for this review. 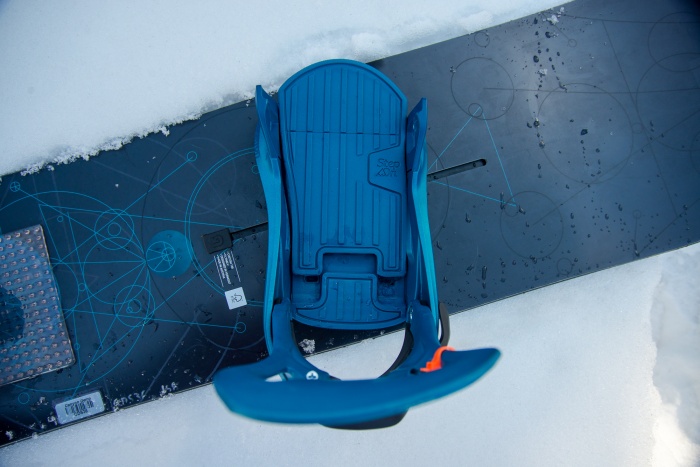 The chair arrives at the top of the slope, and I step off. My back foot stomps down into my snowboard binding, the Burton Step On, and I glide down the hill. All without stopping.

New for the 2017/2018 winter season, Burton releases an update to its strapless binding of the 90s, dubbed “Step On.” It works with special Burton snowboard boots that feature dimples in the front and a heel catch that clicks into the binding. The boot releases with a lever and a twist of the foot.

I tested Burton’s Step On bindings for two days at Mammoth Mountain during The Outpost retreat for this first look review. After getting used to stepping in properly, I came away impressed at edge-to-edge transitions and the simplicity in use.

However, the binding comes with some major caveats. First, it’s expensive at around $650 for the boot-binding combo. Oh, and it only works with two pairs of Burton boots, one for men and one for women. If these don’t fit your foot (or tastes), you’re screwed – at least for now.

On the flip side, they offer serious convenience and might help single-plankers ditch the “slow-boarder” nickname with fast transitions off the lift. Your skier friends might love this.

Read on for an in-depth look at the Burton Step On, tested at Mammoth Mountain during the Outpost retreat.

It didn’t start out with a clean off-the-chairlift step-in. For an experienced snowboarder, the binding feels foreign. At first, I was unsure if my boot was fully locked in, or if it would unexpectedly fall out. But over the course of the day, my confidence with the Step On grew, and so did my riding.

The bindings give a really responsive ride, and I felt more connected to the base of the board than with traditional bindings. There’s no instance here of straps flexing out and boots lifting.

This puts a lot of the burden for performance on the boots because they provide all the toe-edge support. I rode the Photons for men ($400), and they felt like stiff boots with nice performance. They were tight to use, and I frequently over-tightened at first, to my feet’s discomfort. 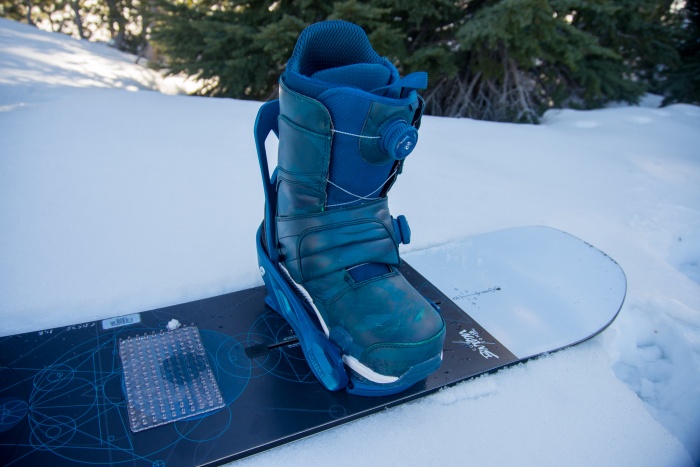 The boots have The Boa System ankle straps that let you lock your heels into them even further. This seemed excessive, though, as the boots fit well enough. Some riders even choose to cut these straps off entirely.

Where the binding shines is its absence of straps. Without straps, I was able to lock into my board the same way each run. I didn’t ratchet down bindings to an indefinite setting that likely changes from run to run. Nor did my feet feel pressure points or go numb from over-tightening bindings.

It took me about half a day of riding to get used to stepping in properly. I was able to click in directly after exiting the chairlift in about half the normal time, which I suppose would only improve over time.

Unfortunately, there was no powder to be found at Mammoth during my test day. Some adopters are concerned about snow piling in the bindings and limiting their function. I didn’t encounter any problems with snow accumulation, and I purposefully stacked snow in my binding to see if it would work. It did. I clicked into all three points, and I was still locked into all three after the snow.

I also tried yanking my foot out and took falls on purpose (I swear) to see if the boot would lift out accidentally. It never released outside of pulling the lever.

How It Works: Burton Step On Binding

Burton designers spent more than three years developing the system. The boot works with three locking points that give a decisive click when in properly.

On the back of the binding is a lever that releases the rear pin on your boot. From then, you twist your foot to lift out of the front placements. So yes, you do have to reach down after finishing a run to detach from your board. However, this system is quick to learn and use.

The binding mounts like any other binding, compatible with 4×4 as well as Burton’s 3D and Channel mounting systems. You can adjust the forward lean with screws in the highback.

The baseplate is made of glass-filled nylon, and the heel clip is aluminum. The highback is canted nylon. It feels like a rigid plastic and showed some slight wear after two days of riding. The clip-in points on the boots are metal and rigid plastic.

Step Ons require a compatible pair of boots, and Burton makes two: the Photon ($400) for men and the Felix ($370) for women.

As for durability, I can’t speak to how they last given my limited riding time.

The boots have a Boa closure system on the outside coupled with Burton’s Speed Zone lacing on the inside to secure the foot. They have a recycled rubber outsole and a snow-proof internal gusset to keep you dry.

The bindings have Burton’s Flex FullBED cushioning system, which is responsive and comfortable.

The bindings give an audible click when you step in, which may turn heads as you’re basically saying, “Hey, look over here, I’m using Step Ons!” Which, depending on how much they catch on, may be a good or bad thing.

Who Is It For?

This binding will make it easy for beginners to hop on the snowboard after getting off the lift. It would also be great for kids who struggle with buckles. But the hefty price tag really sets these out of the realm of reality for these two groups.

Step Ons could cater well to renters, though. Because most renters grab a boot-binding-board combination at the shop, this is an obvious use if they can hold up to a lot of wear. Time will tell.

Other users could be riders with knee or back issues who have trouble getting down to adjust straps.

But for experienced riders who can hop off a lift and click their buckles without looking down while sliding across the slope, they may not be a top choice. If the tech sticks around for a few years, and more binding and boot options are available, then you should give the Step On a look.

Let’s Give Step Ons a Chance

The bindings are a leap forward in snowboard innovation. While other versions have been around for a while, the three years of R & D at Burton delivered a product that definitely works much better than past iterations.

If all goes well for the Step On, the options for boots and bindings should only grow. If you prefer a softer, more flexible binding and boot combo, look elsewhere for now.

But for anyone who is in need of a fresh snowboard experience, the Step Ons are worth a try. Burton offers a map of locations that stock Step Ons for prospective users to try out before buying.

Just don’t be surprised if you feel impatient at the top of the hill as your friends strap in!