Snowflakes dotted the sky above the Continental Divide on Sunday afternoon. Two snowboarders sat smiling, resting above a powder-choked bowl as I approached on skis. 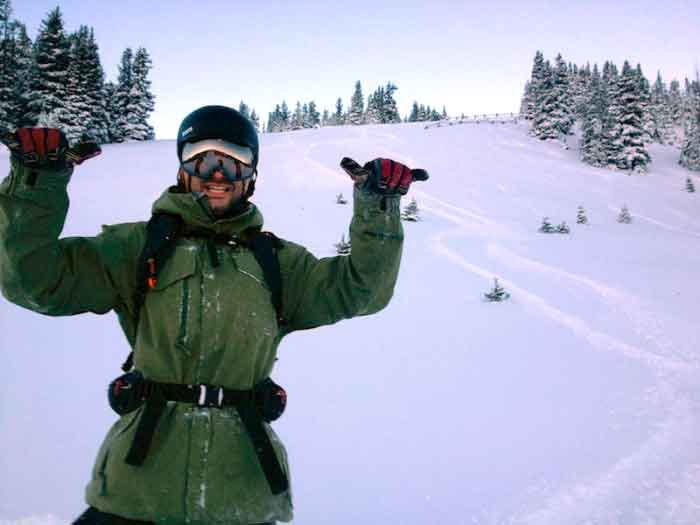 Among a scene of forest and jagged mountains, the couple reclined in the snowbank, eating lunch. My wife and I were heading uphill, and the snowboarders pointed out a line they had just descended, eager to share the stash of soft snow with fellow backcountry travelers.

Reading a New York Times article yesterday morning, one day later, one would think that snowboarding, and to a lesser extent, skiing, are dying. But the Times just doesn’t get it. Both sports are alive and well, and as long as there is snow, and gravity, and people with the yearning to fly across mountains, they will remain.

The nut of the article, “Snowboarding, Once A High Flying Sport, Crashes To Earth,” states that, due to economic realities and dwindling participation, advertisers, and sponsors are fleeing the sport. This is leaving elite athletes scrambling to cover expenses and television stations hurting for ad revenue.

Author Matt Higgins wrote the sport has “tumbled to earth recently.” He elaborated, “As the sport has been abandoned by participants and advertisers, equipment sales, and sponsorship opportunities for athletes have dipped below their peak numbers of five years ago.”

While some may see this as a death spiral, the truth is none of this affects anyone who actually snowboards or skis. The sport is alive and well in every turn that is carved, cliff that is dropped, and face that is plastered with powder, all winter long, all around the world.

Because as a skier (and less often snowboarder) myself, I don’t do it for the advertising or sponsorships, and I bet that you don’t either. 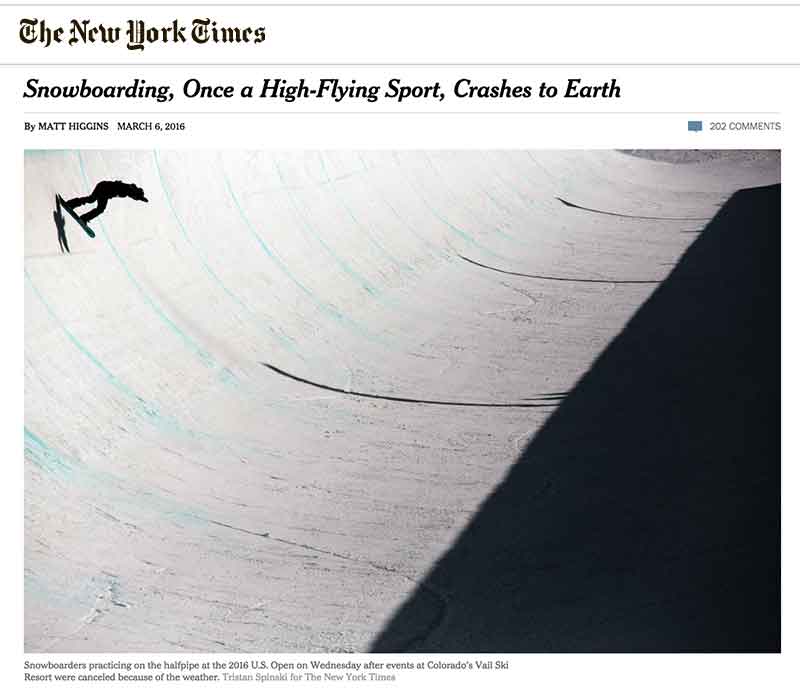 For years snowboarding participation was on a hockey stick trajectory. Now, the sport’s growth has slowed. It has become less appealing to the youth demographic, who view snowboarding and skiing on equal par. It is finally, after a couple decades, no longer the “new thing,” and much of the rebelliousness that came with the image for years has dropped as snowboarding entered the mainstream with the Olympics and other cultural moments.

But this plateau is far from a crash. According to the Snowsports Industry Association, in 2014-2015, About 7.7 million people snowboarded, and another 9.3 million participated in alpine skiing.

While these numbers are down by about 3 million people combined from a high point in 2010-2011, they don’t tell the whole story.

Think about it — in the U.S. alone, about 17 million people skied or snowboarded last year. Of them, maybe, maybe, 1,000 were sponsored in a way significant enough to warrant reporting on tax returns.

That leaves a very big pile of snow-sliders who won’t be affected one bit by a lack of sponsors. Of course, the ski industry employs a lot of folks, and their jobs are the lifeblood of mountain towns.

But even without the industry, snowboarding and skiing would live on. 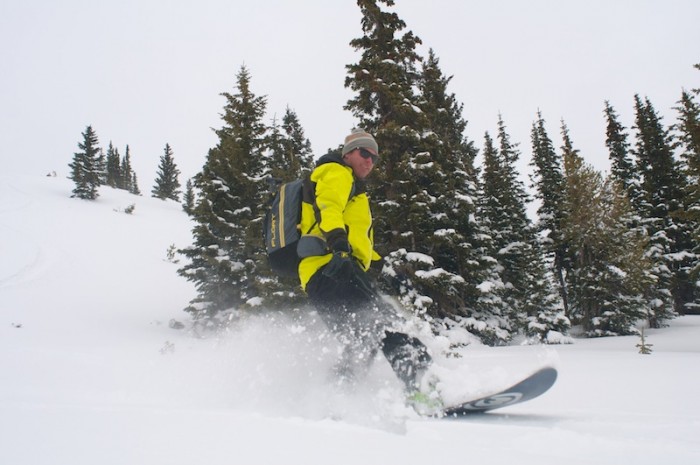 Skiing and snowboarding aren’t about sponsors or profits. My first days on a snowboard were spent trying to ride a homemade half-pipe built in a ditch in central Wisconsin with my middle-school friends. The board I rode was third or fourth-hand.

So even if snowboarding does come “crashing to earth,” riders will continue to catch air in halfpipes and charge down steep mountain faces.

Core Brands Will Persist, And Thrive

The Times article makes the point Nike shut down its snowsports division in 2014. To that I must ask, so what? While some see Nike’s departure from the arena as a negative, it could also be viewed as an opportunity for brands that embrace not just the dollars generated by snowsports but actually rip turns themselves.

Nike has about as much business making snowsports equipment as Never Summer does making pads for NFL linebackers. But that didn’t slow investors who wanted a piece of what they deemed a lucrative market.

Now they are gone, and to that, I say good riddance. Let those who love the slopes build the gear that is used there. Us who ski and ride should recognize where passions burn behind the products, and support brands that won’t disappear because of the whims of corporate shareholders.

It is true that sponsorship fuels innovation. Just look to brands like Red Bull, whose media powerhouse drives all kinds of crazy sporting endeavors, from the Crashed Ice skating races to the premier snowboard movie The Art Of Flight.

So while it is sad to see a shortage of sponsors for some sporting events, those who push the envelope will certainly find their way to successful careers. For those who innovate in ski and snowboarding, there is a way to pay the bills — just look at Candide Thovex’s brilliant work for Audi, below.

We slide snow for the sheer joy and freedom of a slippery mountain slope. We do it for the chilled wind in our face, the numb fingers, and the ice beards. We ski and board for the laughter with friends, snow forecast stoked wax parties, beers at the car, and that first chair excitement that you know only when you’ve spent an entire night awake with anticipation as heavy flakes drift past a street lamp against a black sky.

That’s what skiing and snowboarding are about. As long as there is winter somewhere in the world, it will go on alive and well. Neither sport needs television, or the Internet, or sponsored riders, just a long white line, and those with the vision to follow it.

So I’m sorry New York Times, snowboarding is not “tumbling to Earth” — far from it. It’s just evolving, and we’re excited to see where this next stage takes us.