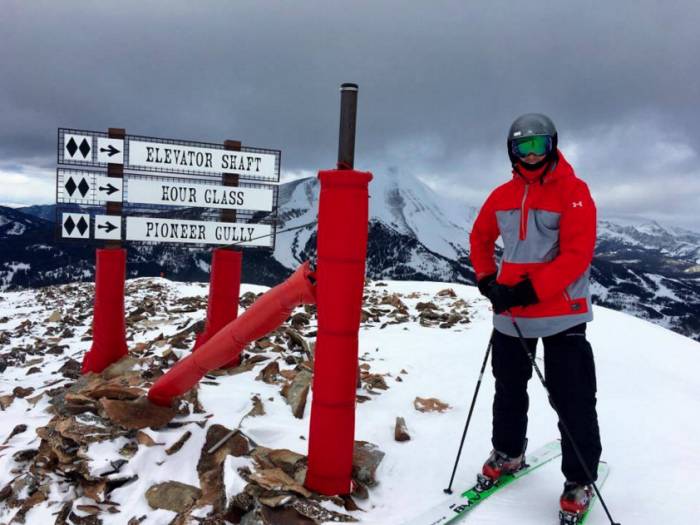 Some of his fans are not pleased.

Apparently, the star athlete (who got pounded this season getting sacked 38 times), can take brutal hits from opposing 300-pound linebackers, but a few pow turns are JUST TOO DANGEROUS!

While plenty of fans are supportive of his endeavor, some are terrified that their golden boy may get a boo boo. Apparently, skiing amounts to certain death in some circles. Here are a few of the most hilarious, over the top comments from fans concerned for Tom Brady’s safety.

“Oh God Tom, enjoy, but please be safe! Of course most importantly your wife and children need you, as well as your extended Patriots Nation family, needs you!”

“I can’t believe there aren’t clauses in his contract prohibiting stuff like this where he could easily break a leg/arm, dislocate a shoulder anything…I love him but JC, he’s pushing 40. Why Tom? WHYYYY”

“Come on dude, you don’t belong to you, you belong to us until you retire. Can somebody get this man a huge roll of bubble wrap for the rest of the off season?”

Wonder if they could get him a time machine too. Don’t remind those Pats fans he turns 39 on August 3…

“TB, if you survive today, please don’t ever let J-E-T-S fans know in advance where you’ll be skiing, cliff-jumping, etc. Thank you from a grateful Patriots Nation.”

Wait, wait… the Jets were 10-6 last season. Are you really that concerned?

“Please stick to bunny slopes Tom, after watching you scramble this year I question your athleticism… Your pocket presence A+++++++ but your speed and agility well… You do have 4 super bowl rings bud, so who cares.”

We wonder how he handles the bumps. And how that Under Armour gear performs.

“Look here Brady I’m your # one fan straight die hard never missed a game since year of 2000 so don’t you hurt yourself I’m looking forwards to seeing you play that foot ball. .yessss. That. Part. Go BRADY.”

“Breaking news: Tom Brady has shattered his leg in an apparent skiing accident. Roger Goodell is looking into a way of fining and suspending Tom Brady saying quote: “he can’t end his season only I can end his season.” No word yet on if Peyton Manning was involved.”

We’re guessing if anyone was involved, it was Vonn Miller.

“Tom, take up cross country skiing, its a lot of fun and your whole family can do it. Much safer too. Also great exercise.”

Clearly there’s at least one “spandophile” in New England.

“Pack up the family and come visit your fans in the safest city, Irvine, Ca.”

“I would totally ski that with you, but I probably wouldn’t let you beat me!!! “Some girls chase boys, I pass them”… On skis, that is!!! Lol have fun and don’t hurt yourself!!”

We’d love some turns with this smack-talking woman!

“Yeah, don’t do that cliff jumping again! Shouldn’t you just be lounging on a tropical island with Giselle?”

Tropical Island, Giselle… well, kinda hard to argue with that one.

And finally, one we agree with — for everyone.