Fear not, friends. Despite COVID, the X Games is still throwing down once again in Aspen, Colo. Read on to learn about the top athletes competing in the X Games, and how to watch it all unfold.

SuperPipe, Slopestyle, Big Air. The X Games has been running since 1995, and it’s not about to stop now. It’s 2022, and the X Games are back. Despite smaller in-person crowds, some of the biggest snowboard and ski athletes in the world will return to compete on the big stage.

Check out the full X Games 2022 schedule (and preview of this year’s games). Here are a few top events to watch for:

X Games Aspen: How to Watch

This edition of the X Games will largely be televised, so if you have access to a television subscription, that’s your first option. Check it out on ESPN, ESPN2, and ABC, and get the full schedule.

You can also stream some of the X Games Aspen live on Facebook, Twitter, YouTube, and TikTok for viewers in the United States and across ESPN’s online streaming services around the world.

X Games Athletes: Who to Watch

Alex Ferreira: An Aspen-native pipe skier who won back-to-back X Games gold in 2019 and 2020, Ferreira has racked up six total X Games medals since he began competing in 2013.

Tess Ledeux: Tess Ledeux has been competing in the X Games since 2017. She just won slopestyle at the 2021 Dew Tour in Copper. And that’s after winning three World Cups (in Stubai, Silaplana, and Aspen).

Kelly Sildaru: This Estonian skier took home SuperPipe and Slopestyle golds at the X Games 2020 and is one of only two female athletes competing in three disciplines this year (SuperPipe, Slopestyle, and Big Air).

Gus Kenworthy: Competing since 2011, he’s a skier with five X Games medals to his name. He’ll compete in SuperPipe competitions this year.

Dusty Henricksen: This snowboard athlete dominates in Slopestyle and Knuckle Huck, and he’s only 19. He competed in his first X Games in Norway 2020.

Julia Marino: Jules Marino has won a whopping seven X Games medals over the course of her snowboarding career. And she is definitely the one to watch when it comes to the slopestyle competition. 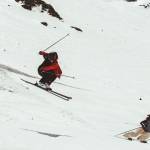 In 2021, Volkl’s M6 Mantra Will Be the Most Fun Ski on the Mountain

Volkl’s freeride Mantra has been a staple in its line since 2005. The brand tweaks it nearly every year, but for 2021, the changes to the Mantra are big. Read more…