Home » Winter » Across A Continent In Winter: Gear For The PCT

The following are a couple of the duo’s mistakes as explained by Lichter: 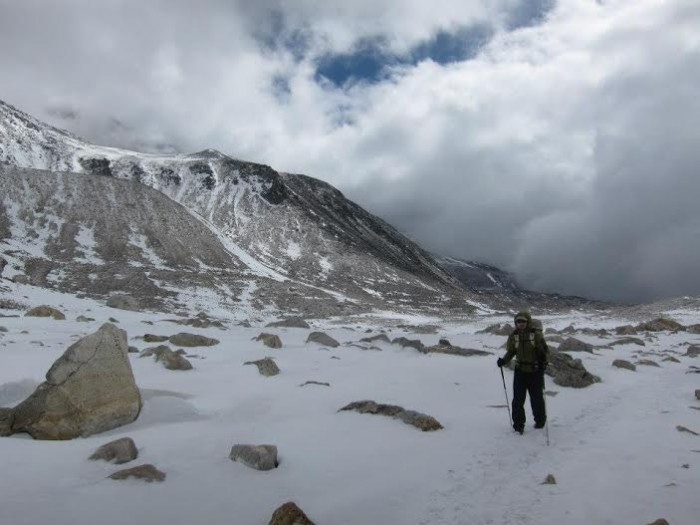 The first failure was that we decided to mail our snowshoes ahead because the weather forecast was favorable. We also did not have our winter footwear system at the time and were still in trail runners. As a result, in conjunction with record setting lows, we both got frostbite on our feet.

The second failure was during a snowstorm that was only forecasted to drop 4-6 inches overnight. Instead it snowed about 2 feet. We did not wake up and clear the snow and let the snow buildup on our tarp. At about 3AM we heard a loud pop that made us both jump awake.

The next thing we knew the wet tarp was lying on our face and down on top of us. We quickly scrambled to find our headlamps and figure out the problem. We realized the trekking pole holding up the shelter had snapped. As testament to the strength of Cuben fiber, we were lucky that the tarp fabric wasn’t damaged. It’s much better to wake up regularly and shovel out the shelter. When it is snowing, silence is not your friend – it means that the snow has built up on the shelter enough so you can’t hear the falling snow hitting the shelter anymore.

Up Next: Not Your Average Hammer