A lithe cage of carbon fiber and four tiny props comprise the framework of a new drone, the Hover, which is grabbing big buzz in the tech world and beyond.

With a team of around 80 people, Chinese upstart Zero Zero Robotics set out to create “the first truly autonomous flying camera that anyone can use.”

The result, debuted this week, is the boxy, erector-set-styled Hover Camera.

The company claims users can “grab, throw, and catch” the drone without damaging it. It hovers when released from grip, and by a connection to an app the drone will follow you around as you walk or move indoors and out.

Oh No, Drone! Failures From Above

With so many great videos shot by UAVs, it's easy to forget they crash, too. Read more…

Simple in its function but not its creation, the Hover takes 4K video, panorama, and 13-megapixel still images. Its safety, portability, and new kind of form factor make it unique.

Encased in a web of light, durable carbon fiber “armor,” the Hover Camera is not comparable to products regularly seen in the outdoors. This is a consumer drone, and it will come to market with a reported price in the ballpark of $600. 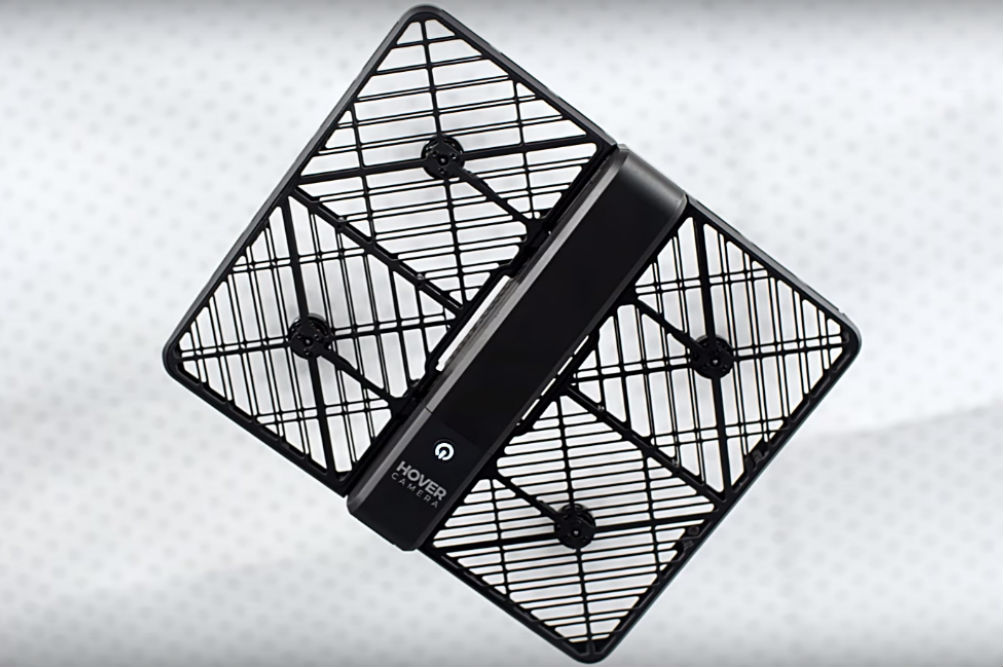 It is made to stay close to its owner. Due to its light weight and minimal range (maximum altitude of 164 feet) it does not need to be registered with the FAA.

The drone measures about 7 inches square and 1 inch thick, weighing about 8 ounces. When not in use, the drone folds to roughly the size of a VHS video cassette.

Stand-out features include facial recognition and tracking, autonomous flight, and image stabilization. The unit is powered by a tiny Qualcomm Snapdragon processor. 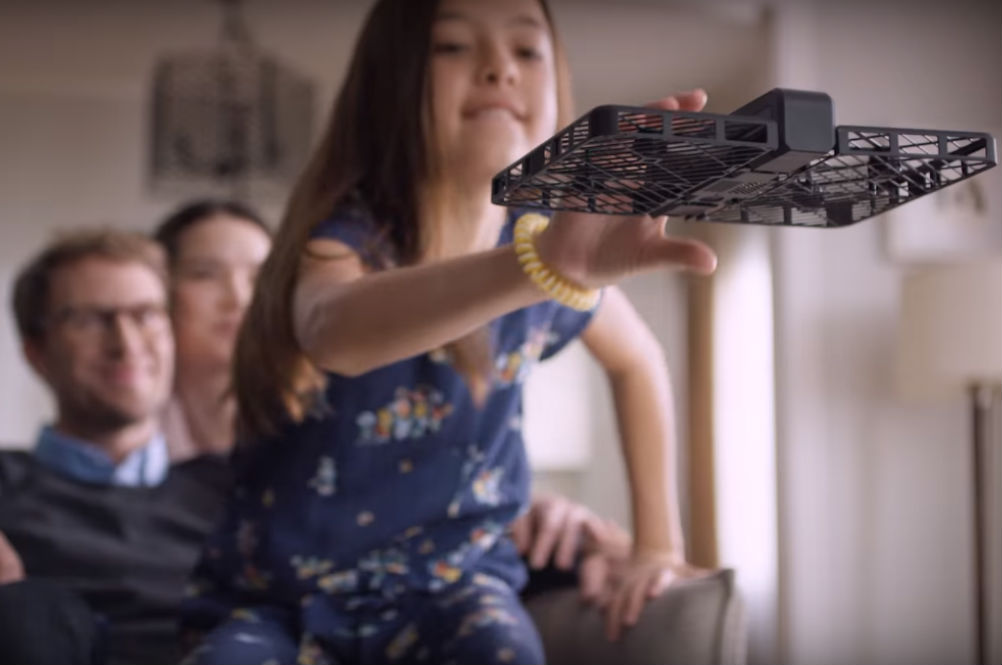 Zero Zero Robotics equipped the drone with one button — the power button. It has a WiFi chip that connects to your phone. From there, you can position the camera, set tracking, or control basic directional movements with manual control. 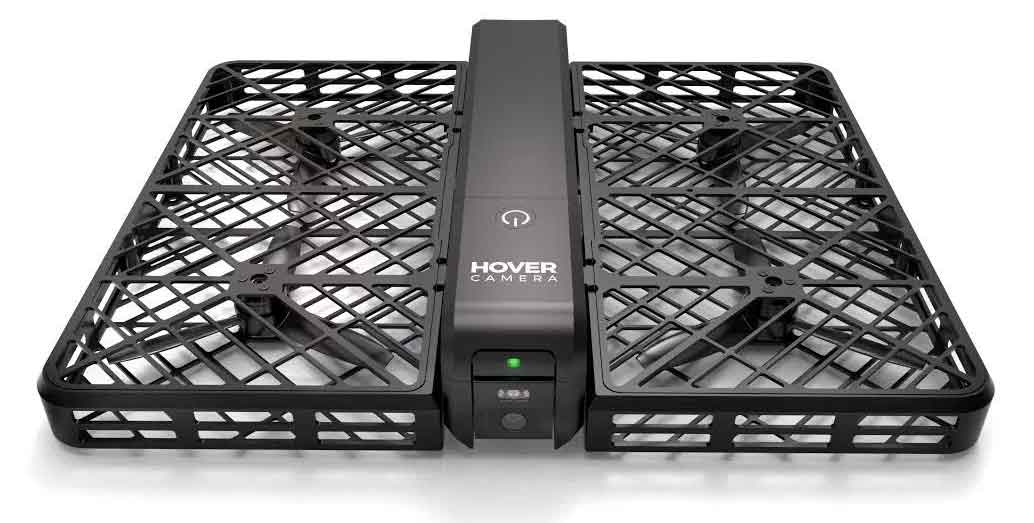 “The AI was developed in such a way that it reduces the learning curve so that anyone can use it right out of the box,” said Zero Zero vice president Joe Hsu.

The Hover Camera is still in beta testing, but the company hopes to bring it to market in summer 2016. Sign up to test the drone on Zero Zero Robotics’s website and stay in touch with this future flyer.