This Australian couple wanted an original adventure through New Zealand’s South Island. So they invented an entirely new vehicle to do it. 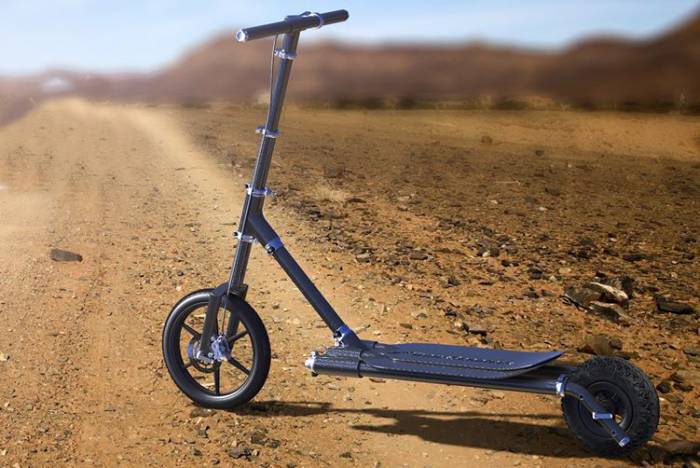 In many ways, the Titterplatt Traverse looks like a lot of travel blogs. There are loads of images of a young couple looking happy and free. Stories of odd encounters and hilarious mishaps line the page.

But there’s something very different on this particular blog, and it’s on every page: A peculiar little scooter. Constance Titterton, 24, and Jeremy Platt, 30, (combined, Titterplatt) aren’t just trekking New Zealand for fun, they’re beta testing an adventure vehicle Platt has been perfecting the last few years. 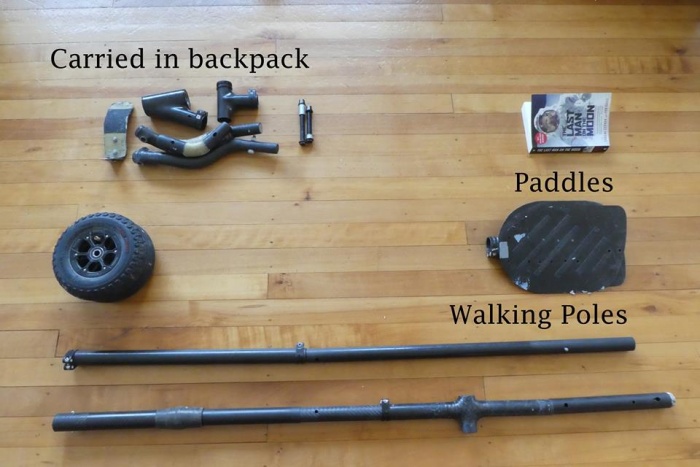 It’s called the WilderWheels Packscooter, and it looks like something you’d see kids riding around the block. But the unassuming scooter profile belies a highly adaptable, transformable multi-vehicle that’s helped Titterton and Platt navigate nearly 1,100 miles of desert, mountain, and jungle.

One look at the scooters and you have the basic idea: All-terrain scooters that help carry your gear. But there’s more to it.

“The scooters are made up of telescopic poles, so we can transform into walking poles and paddles,” Platt told us. He and Constance are hiking, scooting, and packrafting north to south through New Zealand’s South Island. 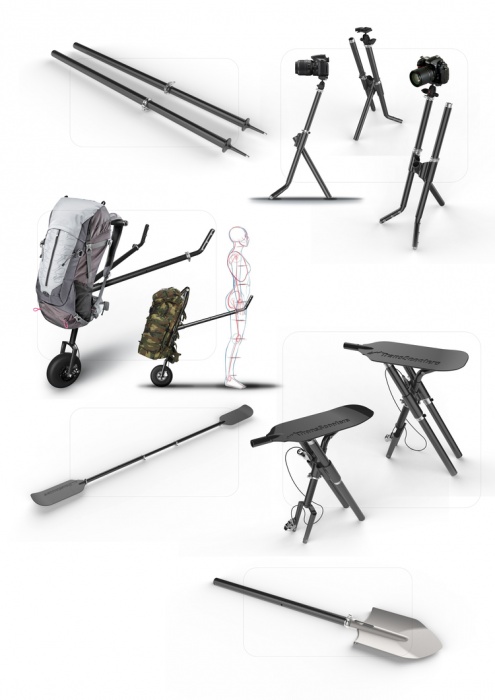 “Paddle blades make up the deck piece of the scooter,” Platt added. “When in scooter mode you stand on this part, but when you want to get in the river you break them apart and put them on the end of a pole made up of the handlebar, steerer tube, and pack attachment tube.”

And for steep terrain or rocky terrain that you can’t kick or paddle through? Turn it into a gear trolley. 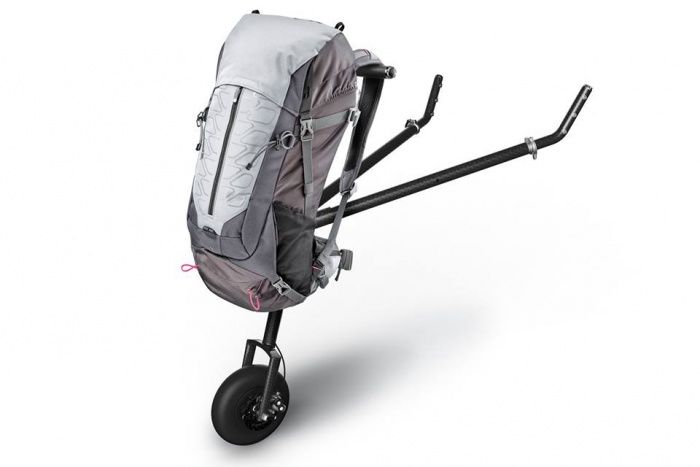 By the end of their journey, Titterton and Platt will have logged the better part of 2,000 miles in testing, most of it through New Zealand. They know there’s potential in their modular packscooter concept.

“We would never consider walking hundreds of kilometres, but scooting them usually only takes a couple of days. I would say 60-120 kilometers is achievable in a day.” 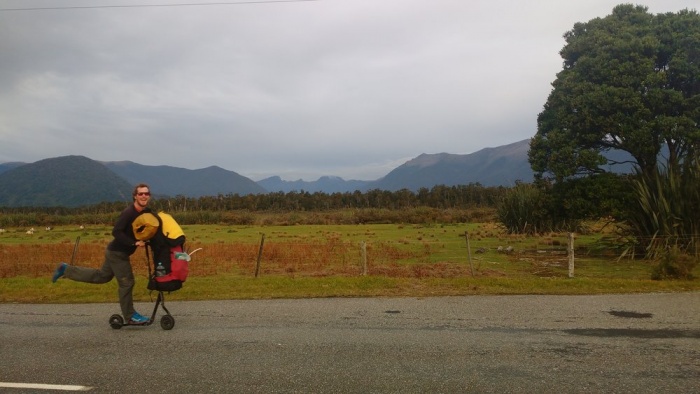 Currently, the WilderWheels site has 3D-printing specs for a fishing rod connector that works with the scooter. And the pair told us there are more options lined up.

“With some extra parts, the scooters can form a tripod, monopod, saw, shovel, seat, and axe,” Platt said. 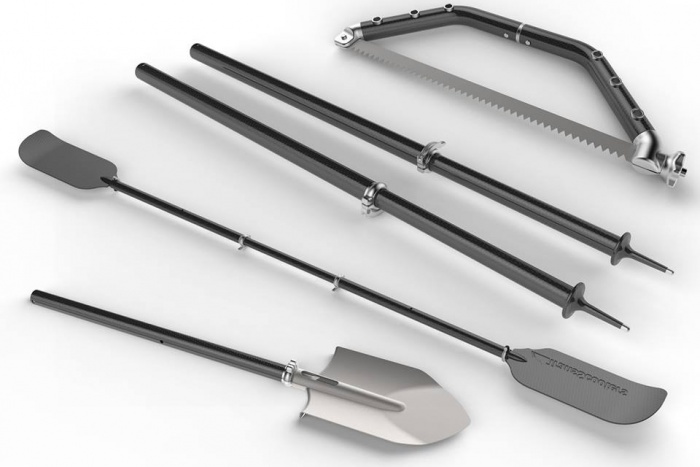 “The goals of the trip were to do some long-term testing to see how useful they were,” Platt told us over the phone from New Zealand. “The pin and clamp system [on the poles] worked great at the start, but after a couple of hundred kilometers it has started to develop some play. So when I get back I am going to redesign it.”

Platt and Titterton have wrapped up their New Zealand traverse. The WilderWheels Packscooter won’t be commercially available for a while. Platt is refining some of the elements to be more user-friendly and durable.

But, he noted, the future looks bright.

“We’re sorting out our plans now—looking at insurance, better tires, running through simulations, then more testing in Canada. But we’d like to have this ready within the next year.”

We’ll be sure to grab a test pair when that happens. Stay tuned.