I needed a belay parka that packed the most punch for the pound that could handle a week of ice climbing in Alaska. Enter the Rab Mythic Ultra.

The goal of most winter jackets made for the backcountry is having the highest warmth-to-weight ratio while still being durable enough for the task. At a verified one pound, one ounce in a men’s size M, the Rab Mythic Ultra jacket was exceptionally light — but was it warm, breathable, and durable enough to act as a belay jacket on big ice routes in the mountains?

The Rab Lab combined 900-fill power hydrophobic down with a new TILT technology to produce its lightest, yet warmest, down jacket to date. And Rab is known for making light down jackets.

In short, the Rab Mythic Ultra jacket made for an impressively warm, breathable, and packable down belay parka during late-season ice climbing in Alaska. For alpinists looking for the most with the least weight, this demands serious consideration when it releases this fall. 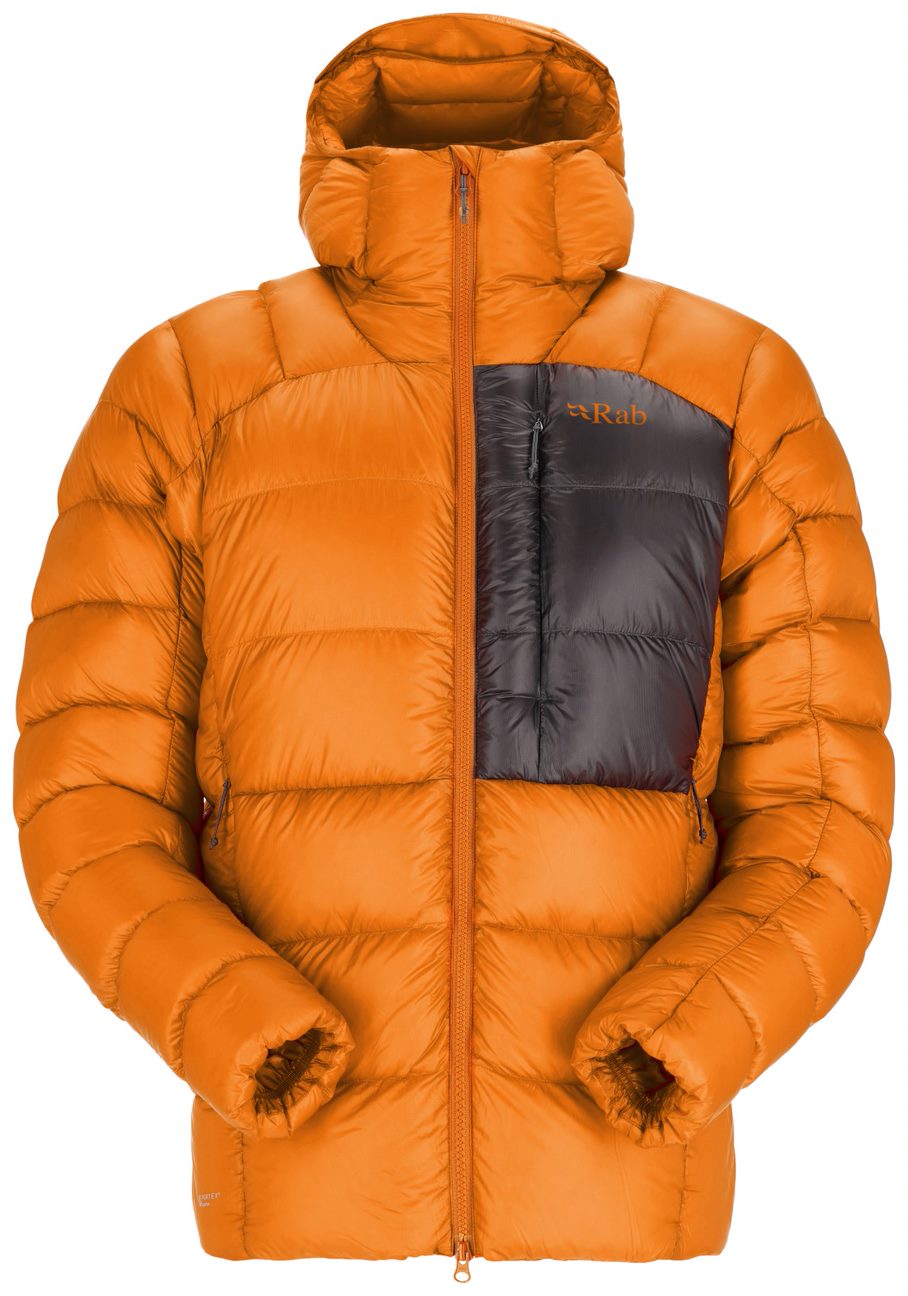 Rab Lab underwent extensive field and lab testing to create a reflective layer within the Mythic Ultra that maintains breathability and comfort. Dubbed TILT for Thermo Ionic Lining Technology, the British brand used an aluminum treatment in a scrim liner just behind the inner face fabric. Rab claims this technology reduces radiant heat loss better than the six other methods it constructed and tested.

Rab combined the TILT reflective scrim inner location with offset baffle construction to produce the best performance. Placing TILT as close to the body as possible resulted in 200% greater heat retention than placing the scrim liner on the outside of the baffles, and it bettered the next nearest construction method by 44%. This TILT technology helped the Rab Mythic Ultra jacket win a Best in Show award at the 2022 Outdoor Retailer Snow Show. 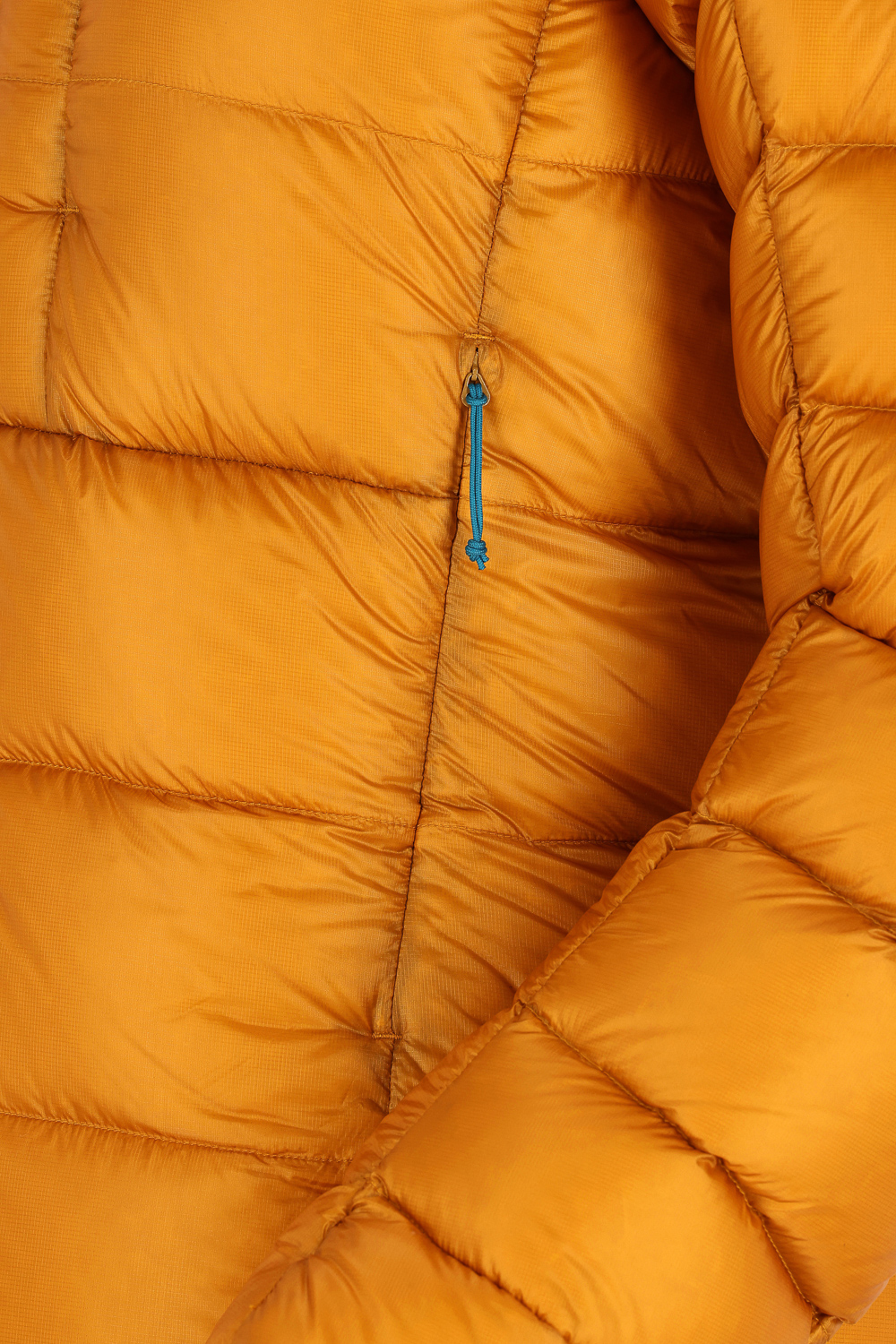 Climbers regard Rab’s chosen shell materials as rugged performers. Rab uses 10D recycled Pertex nylon ripstop with a fluorocarbon-free DWR on the outside. The same material is on the inside but without DWR. The TILT aluminized scrim is 100% polyester.

The offset box baffle construction is body mapped for optimal warmth and weight, and the sleeves are precurved for a better fit while active.

There are two handwarmer pockets and one chest pocket with hidden YKK zippers. The main zipper is a YKK Vislon #5 with double pulls, and both the hood and waist have elastic cords with captive cord locks.

The helmet-compatible hood has a visor with a stiffener in the brim. 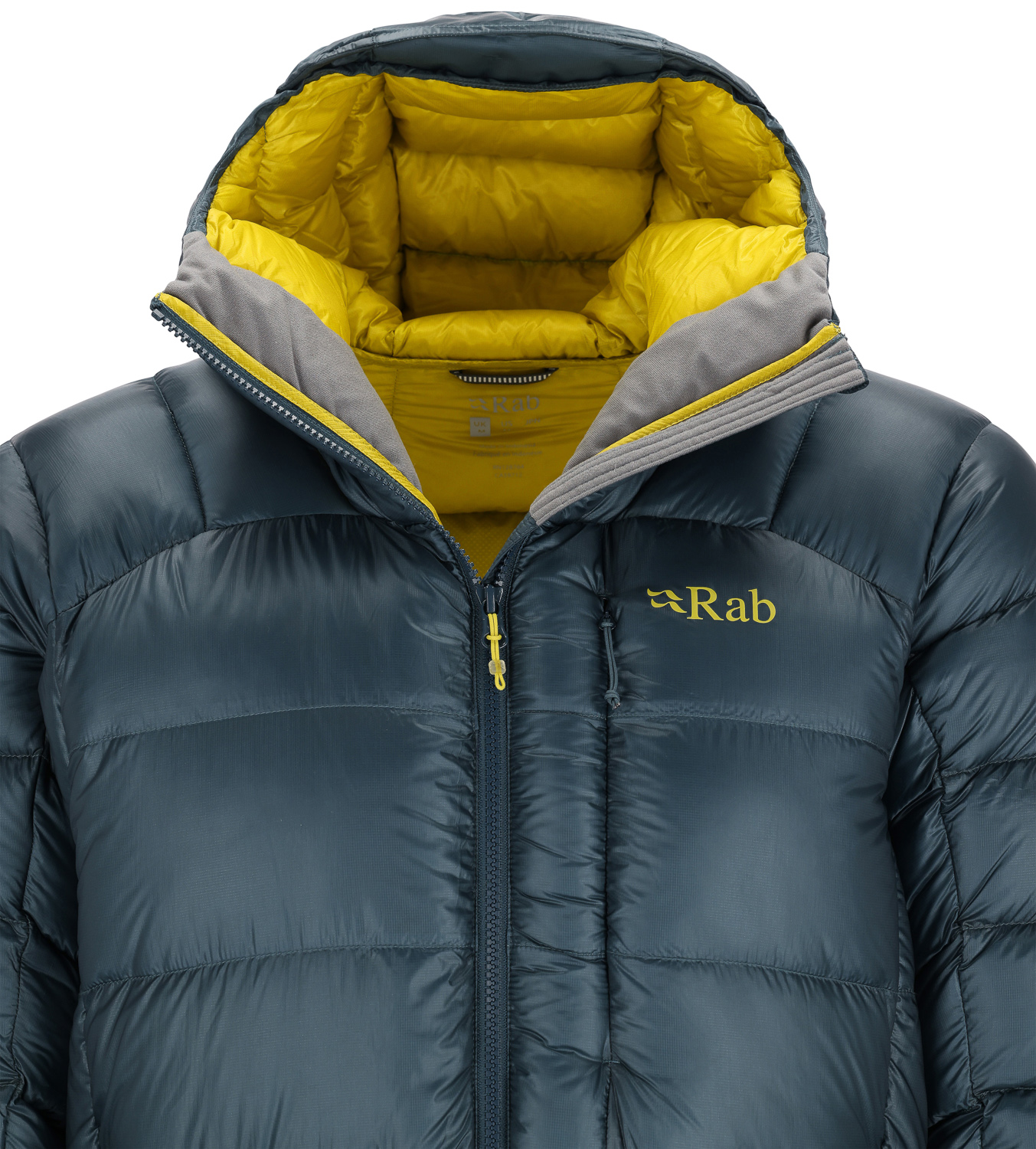 The jacket was obviously light for the amount of loft, so much that I feared it would tear on the first outing, as many uber-light parkas have done. To save me an epic, I crammed it into my pack for an easily accessed multipitch ice route in Caribou Creek. It disappeared into a corner, compressed to just over the size of a softball.

After putting on my crampons and harness, I donned the quick-lofting parka to belay the first pitch. We were in a narrow slot canyon with zero sun, and the temperatures were in the upper teens or lower 20s.

I was warm enough from the approach to unzip before my partner shouted “off belay,” but no moisture had built up on my inner layers, a testament to the breathability since it was humid and still.

I led a pitch. Then, I put the Rab Mythic Ultra jacket on before swapping gear with my partner. And just like that, I dragged an ice screw tip across the lower portion of the jacket. But, surprisingly, it didn’t tear.

I know that the Pertex 10D ripstop is abrasion-resistant for how light it is, but I think it requires some care in handling. But this time, no harm, no foul. I got lucky. The next day, I did this exact thing to another super-light jacket while packing it and put a hole in it. It was also a recycled nylon shell, but not Pertex.

At the top of the route, we took off our harnesses and crampons before hiking down the back. I donned the Mythic Ultra as soon as I was off belay. I was still warm from climbing but got busy coiling ropes and reracking gear before I noticed that I was heating up. 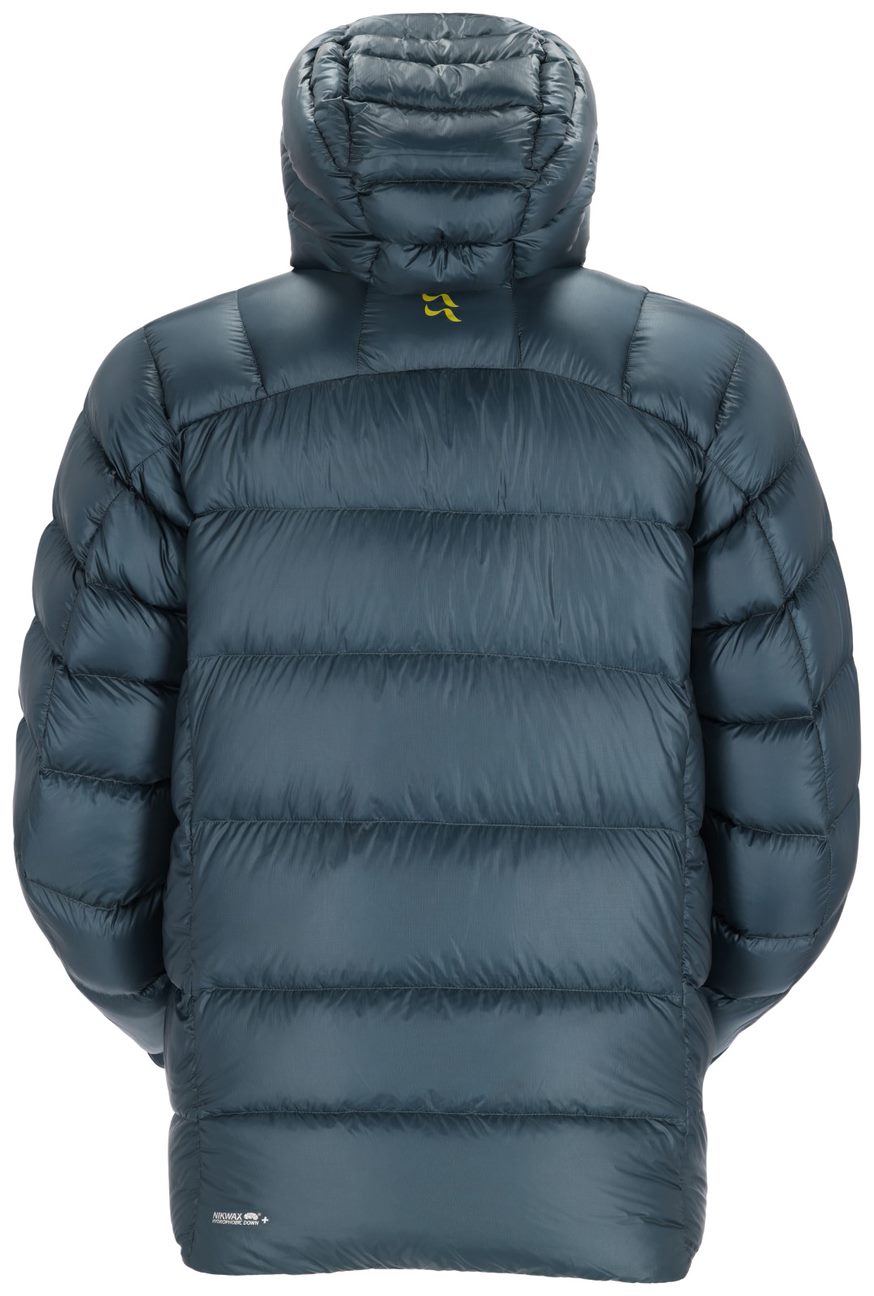 Conclusions on the One-Pound Wonder

The jacket was warmer than I expected for its weight. But I didn’t feel any moisture on my back when I took the parka off and put my pack back on, so it proved breathable enough.

I continued to use the Mythic Ultra jacket during the trip, and it performed as it did this first day, down to the teens with slight winds. It remained pretty humid for the remainder of my trip, and I left impressed by the breathability.

For the conditions and demands of a week of backcountry ice climbing in February in Alaska, the Rab Mythic Ultra jacket performed wonderfully as a belay parka. It kept me warm and dry during the stop-and-start nature of multipitch ice climbing with minimal weight and packed size.

It did survive the week unscathed. The shell materials are durable for the weight but still require some care. Haphazard treatment around ice tools, crampons, and jagged rock have torn this same Pertex material in other jackets.

But if you want one of the lightest jackets that can still keep you warm during extended delays at 10 to 20 degrees or in camp, the Rab Mythic Ultra jacket is one strong contender.

Trango introduced the Kestrel ice tools last year, and they oozed the slickness made possible by carbon fiber. But did they perform when it counted? Read more…

Up Next: Check Out the MeUndies Breathe Collection, Save on First Order