Katadyn recently released the BeFree, a small, soft water bottle that filters water as you drink. I took it hiking in Alaska to find out how it works.

I kneel by a deep, clear puddle surrounded by mountains. Even in late June, the air is chilly. Ice floats in a nearby lake. The mountains are white with snow.

But in the distance a marmot peeps, breaking the silence of the high Alaska wilderness. The noise is a reminder that, even though the waters here are crystal clear, the risk of fecal contamination and diseases like giardia remain very real. 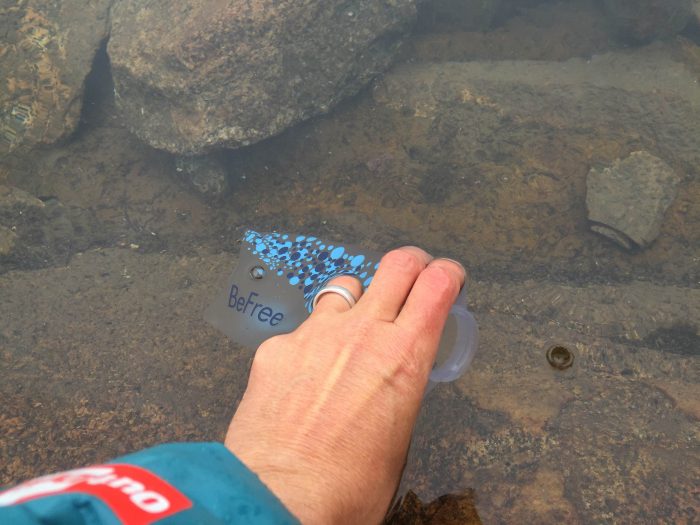 I dip the wide mouth of the Katadyn BeFree water filter into the puddle, filling it easily to the brim, screw on the filter-lid, and drink deeply. Delicious.

The BeFree is basic filtration. You just fill the bottle with water and drink. It takes very little pressure to pull water through the filter tip, and thus you can kind of squeeze the very pliable HydraPak SoftFlask bottle and blast water into your mouth, or suck water through. 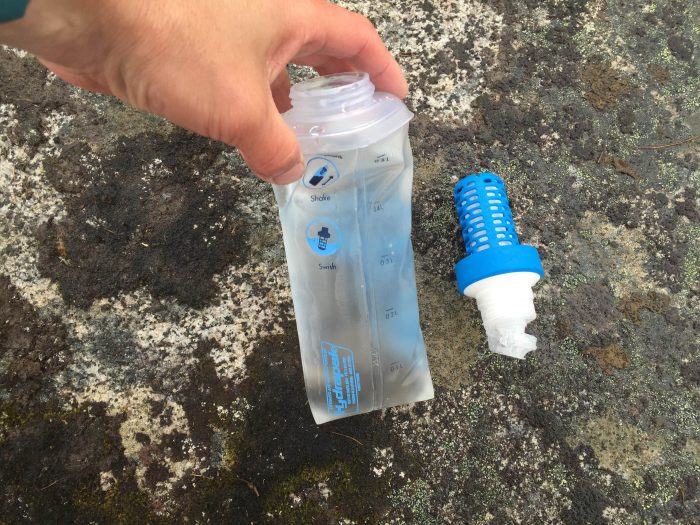 It’s a user-friendly system that makes for easy hydration on the go.

The 0.1-micron “EZ-Clean hollow-fiber filter” will remove any nasties found in backcountry waters in North America, including Cryptosporidium, Giardia, E-Coli and Salmonella. The filter won’t remove viruses, which are smaller than .1 microns, so if you’re planning to travel somewhere virus contamination is a concern, look elsewhere for a water purifier.

But for most backpacking in wilderness areas, this filter is sufficient to keep you safe.

The bottle of the BeFree system has a wide opening, making it really easy to fill even in still water. This contrasts with some other systems I’ve used, which are a real pain to fill when submerging in a lake or puddle.

The screw-top filter is easy to attach and remove, and a snap-cover keeps dirt and other contaminants away from the tip.

The Katadyn stands apart in that it does not require complete back-flushing to clear clogs. Instead, you just shake the bottle to unplug the filter. 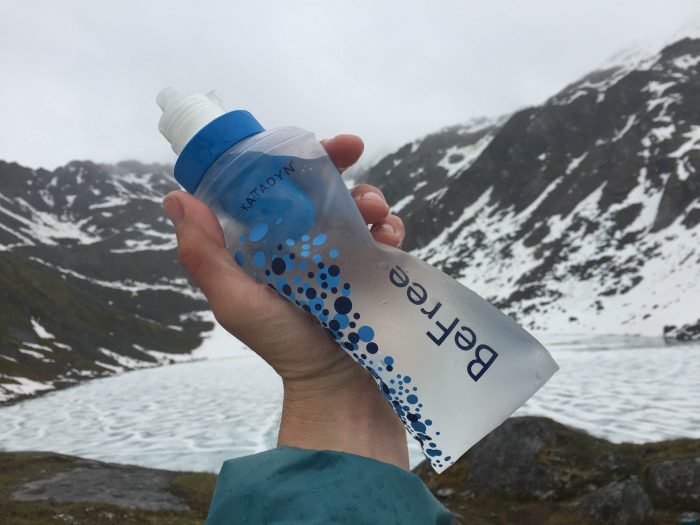 While I’ve used the filter on a couple hikes, at this point it has not yet clogged at all. I don’t know if this is because it’s simply not been used enough, or if sloshing in my backpack has been enough to keep the filter clear.

I’ll update this once I plug it up some day, if that ever happens. But for now, a couple days of use haven’t clogged the filter.

The HydraPak SoftFlask bottle holds about a half liter of water. Thus, it’s great for a solo adventurer who wants quick water access anywhere. You could certainly use it to filter water into other containers, and at 1.06 quarts per minute, it wouldn’t be all that slow. But due to the small bottle, you’d be refilling it a lot. For large groups, better options exist.

But this little system weighs just 2.05 ounces. It stashes in a jacket pocket, and fills with ease. If you want a simple system to fill, drink, and go, this one’s a great option and so far I’ve been pleased.

It sells for $40 as a system. Pick one up if you hike areas with lots of easily accessible water to filter and drink.