Surly, a brand never known for staying close to the center line, just released a new “road-plus” bike. We crammed more than 100 miles aboard the Midnight Special for a First Look review. 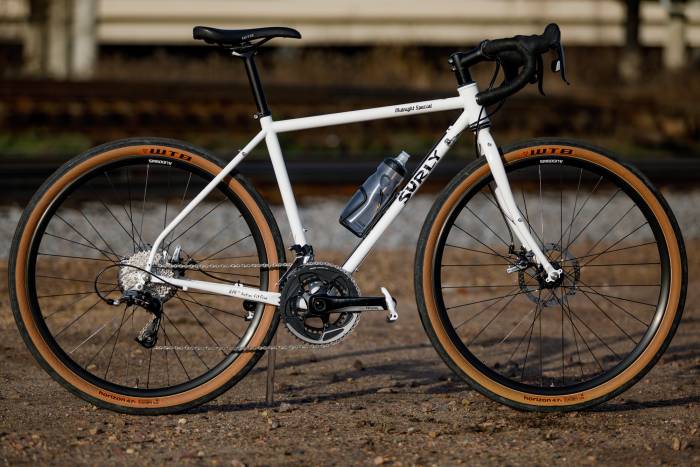 In case you haven’t noticed, there’s a road bike revolution going on in the cycling world. Outside the realm of the pro peloton, those skinny, jarring, high-pressure 23c racing tires are becoming a thing of the past. In their place is a more comfortable and robust 650b/27.5” (aka “road plus”) wheel size.

And today Surly Bikes, no stranger to alternate/odd wheel sizes, launched its latest road bike, the Midnight Special – complete with, you guessed it, 650b wheels.

The Midnight Special is Surly’s evolution of its Pacer road bike, itself an underrated performer. The stock WTB Horizon 650-by-42 tires more than live up to Surly’s “FFF: Fatties Fit Fine” mantra. Sans fenders, the Midnight Special will even accept up to 27.5-by-2.35-inch tires for more of an off-road feel. 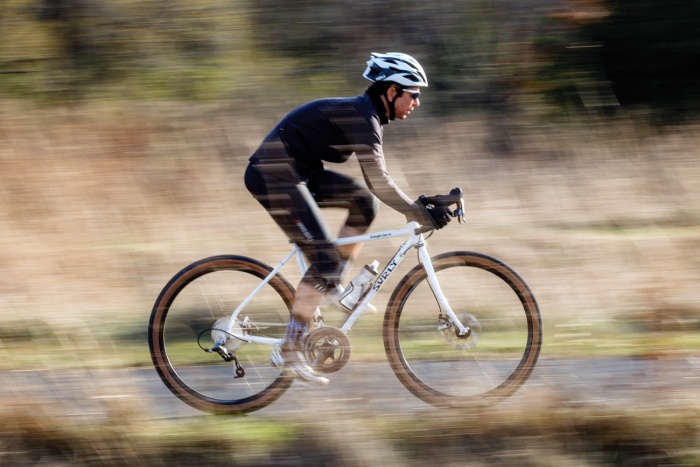 Thru-axles hold both front and rear wheels firmly in place, and flat-mount disc brakes keep things cool and under control when the speed ramps up. Over 10 hours, I rode the Midnight Special during for approximately 150 miles during fast road rides and on a mixture of surfaces.

Here’s what I found.

The wide 650b tires feel like they take slightly longer to accelerate up to speed, but once rolling they hold velocity and feel extremely planted. This lends a sense of stability and confidence in sandy corners and on fast descents. They also provide an astounding level of grip given the wider contact patch.

I was able to consistently clean an entire switchback-laden gravel climb, lovingly dubbed the “Lung Buster,” near Minneapolis. By contrast, my personal bike routinely spins out and loses rear wheel traction on this segment if my weight isn’t properly distributed. 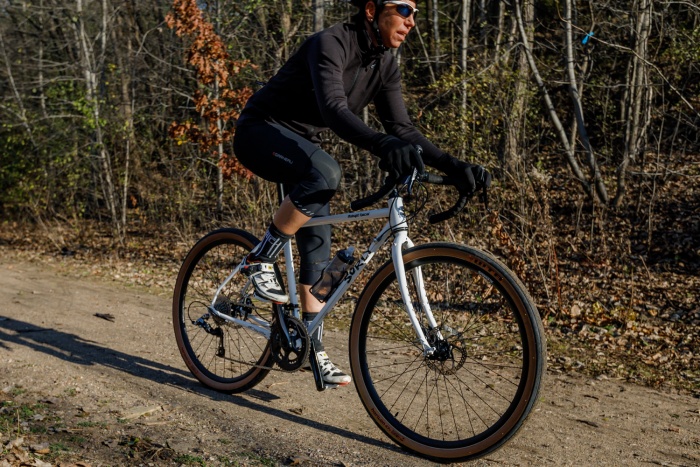 Speaking of weight, the Midnight Special is fabricated from burly 4130 chromoly steel, like all of Surly’s frames. While this imparts durability and comfort, a lightweight it is not. Nonetheless, this had no impact on the ride quality, and at no point did the bike feel sluggish or slow.

Actual bike weight? I’d guess my 58-cm test bike was around 25 pounds, but who cares? The Midnight Special is not a race bike.

And though by all measures it looks like a white bike, Surly maintains its oddball color naming. The “Hot Mayonnaise” Midnight Special is offered both as a complete bike for $1,799, or as a $625 frameset. It comes in eight sizes from 40 to 64 cm. And Surly equips the Midnight Special for all manner of adventure with three bottle mounts and provisions for racks, fenders, and cages.

Resurgence of 650b Wheels

Belive it or not, the 650b wheel is not new. In fact, it was popular more than 60 years ago among French touring frame constructeurs, and even held favor with early mountain bike designers.

Today, 650b wheels on drop-bar bikes offer clearances for wider rubber. And when shod with a typical 42-mm tire, they roll out to roughly the same circumference as their anemic race tire brethren. This keeps geometry fairly consistent, and in turn offers more traction, comfort, and a feeling of stability.

All of this coincides nicely with the fervent uptick and interest in gravel riding the past few years. Riders increasingly seek out quiet country lanes, miles away from the major thoroughfares where traffic and distracted driving has made well-traveled routes downright dangerous. Which is just as well, because these bikes do lend themselves to more adventurous terrain, rougher routes, and forays onto forest roads and off-road trails.

And what is the road bike, really, but the genesis of many adventure/gravel bikes now on the market?

Saving…
$3,500 E-Bike Has No Pedals, Made With Colored Pencils
Velcro to Pool Noodles: 10 Bike Hacks for MTB, Road, and Commuting
×