Clif, Power Bar, GU, and a handful of other brands dominate the “outdoor eating” category. Here we look at the small players in the space, from meat-based bars to (for real) a gel-based beer. 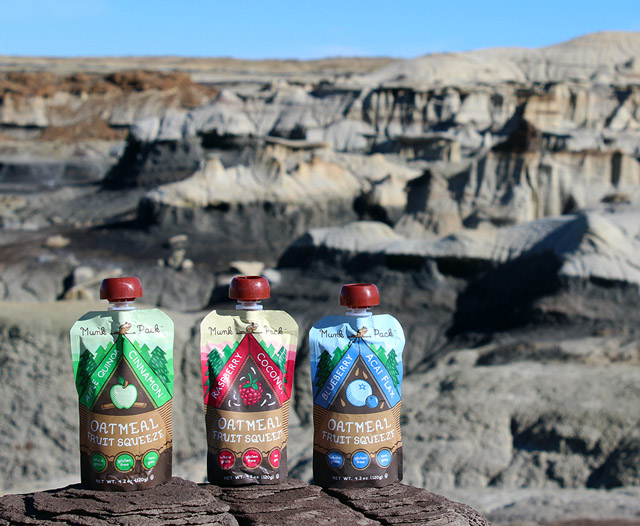 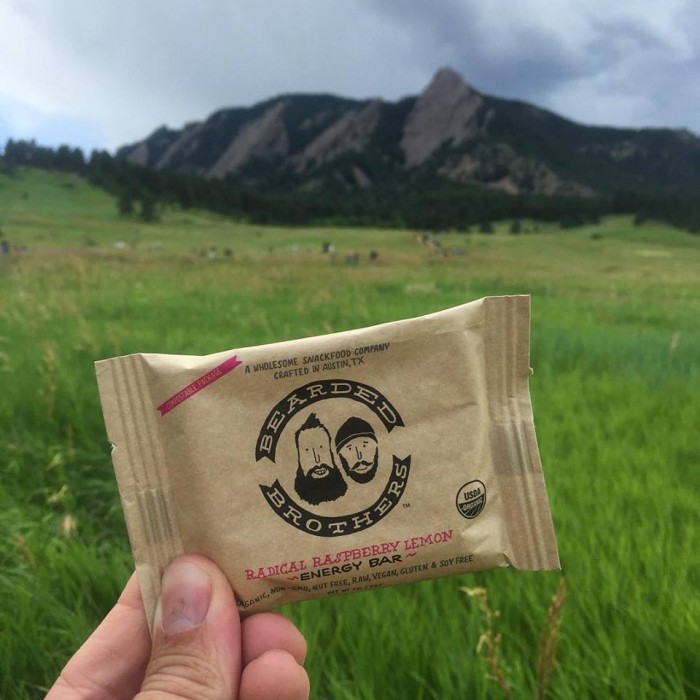 Two outdoorsy brothers (with beards) in Austin, Texas, named Caleb Simpson and Chris Herbert, started their own company to offer bars that are a whole list of goodness: certified organic, non-GMO, raw, vegan, gluten- and soy-free. With creative, fun names, Bearded Brothers bar flavors include Bodacious Blueberry Vanilla, Mighty Maca Chocolate, and Outrageous Orange Kale. The bars are dense and tasty, with no ingredients overpowering and no flavors that are too sweet. Not overly sticky but absolutely moist, it reminds me of an even healthier version of a Larabar. Buy Bearded Brothers Energy Bars 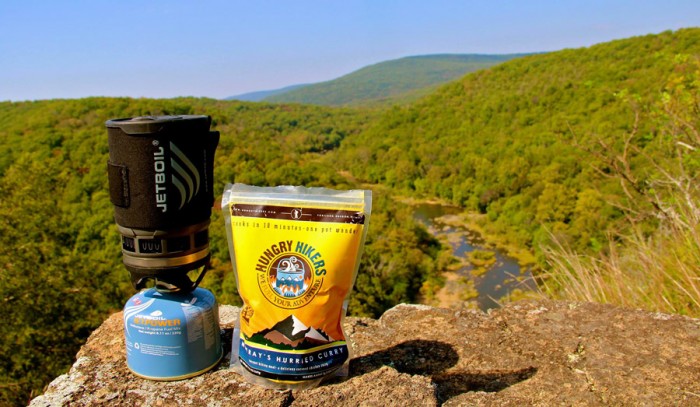 Want hearty and healthy gourmet backcountry meals? So did Stacie Murray, owner of Oregon-based Hungry Hikers. The freeze-dried meals are total stick-to-your-gut comfort food. All you need to prepare them is one pot, a stove and some water. Choices include beef stroganoff, chicken curry, sheppard’s pie, chicken pot pie and scrambled eggs. Hungry Hikers at Garage Grown Gear 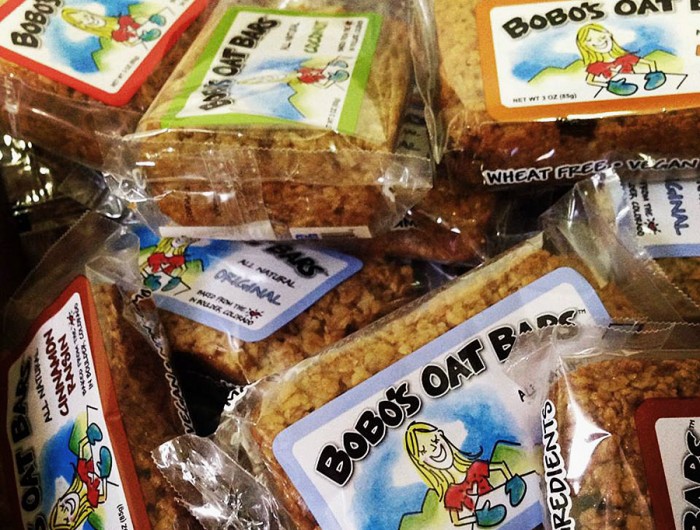 Bobo’s Oat Bars was founded 10 years ago in Boulder, Colorado, by Beryl Stafford. Just as the name suggests, these bars are loaded with oats. Brown rice syrup – the second ingredient in all 16 flavors of bars – adds a sweet, moist taste and texture. Beryl named the company in honor of her daughter, who she called Bobo; fitting then that the lemon poppyseed Bobo bar is pretty much my daughter’s all-time favorite food. Buy Bobo’s Oat Bars 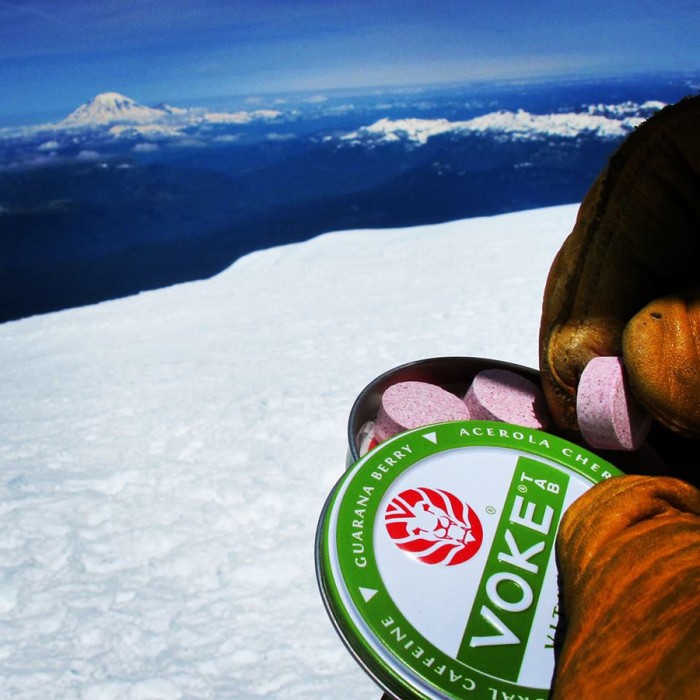 Kalen Caughey started mixing up energy tabs in a dorm room almost 10 years ago. As a competitive skier who enjoyed the effects of coffee, he was looking to make a spill-proof alternative to bring on the mountain. He teamed up with his biochemist dad, and together they developed Voke tabs. Voke is made from natural ingredients, including guarana berries, acerola cherries, caffeinated tea leaves, rebiana and monk fruit. It tastes a bit like a Smarties or Sweetarts and gives a nice, non-jittery buzz. Voke Tabs at Garage Grown Gear 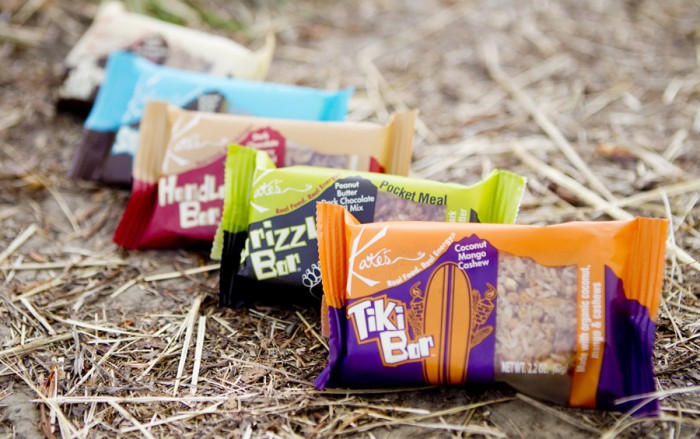 It started with a bar Kate Schade would make and then munch on while waiting in line to ski off of Jackson Hole’s famous tram. The Tram Bar – made with oats, honey, peanut butter, chocolate and dried fruits and seeds – packs a 360 calorie punch that delights your taste buds. Kate’s Real Food now offers five varieties of bars. My personal favorite is the dark chocolate Grizzly Bar. Kate’s Real Food at Garage Grown Gear 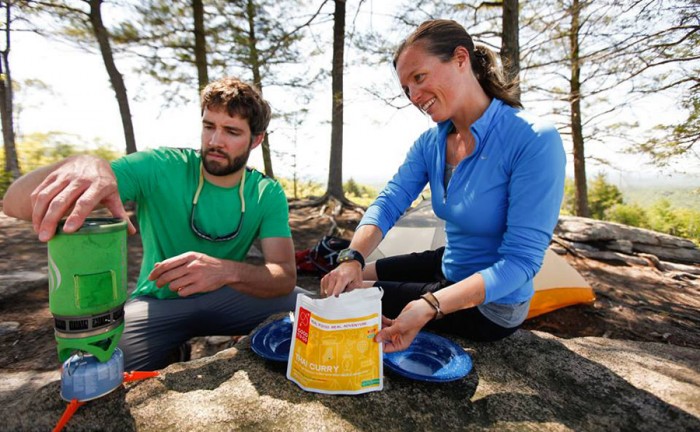 As a chef—one who had cooked at four star restaurants and beaten Mario Batali on the Food Network’s “Iron Chef”— Jennifer Scism couldn’t stomach the taste of freeze-dried backpacking food. Rather than give up on outdoor adventure, she began dehydrating her own meals. These meals became the start of Good To-Go, a Maine company run by Jenifer and her husband David Koorits. All four meals the company offers are vegetarian, made from ingredients you can pronounce, low in sodium and knock-your-socks off delicious. I especially recommend the Thai curry. Learn more at Garage Grown Gear 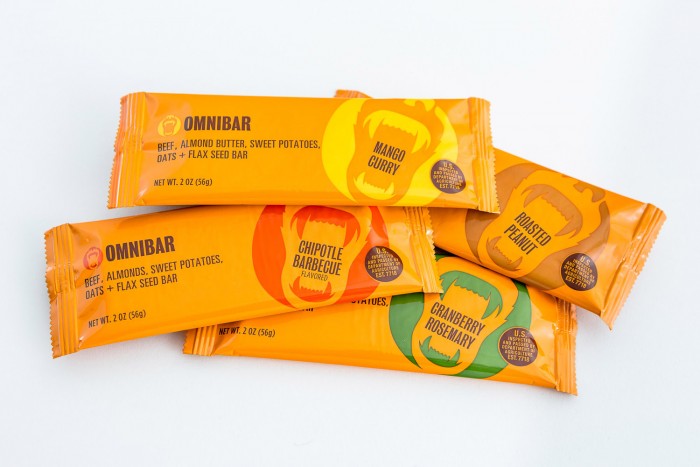 Cooper Burchenal was looking for a unique use for the beef from his family’s Montana ranch. Over a cup of coffee with Brent Ruby, a professor of Health and Human Performance, the duo laid the groundwork for Omnibar. Made with 35% pasture-raised beef and 65% sweet potatoes, oats, nuts and fruit, the bars are rich in protein and packed with the right kind of calories. Strong, savory flavors – including mango curry, cranberry rosemary, roasted peanut and chipotle barbecue – and a moist, Fruit Leather-like texture create a one-of-a-kind bar. See the GarJunkie Omnibar review 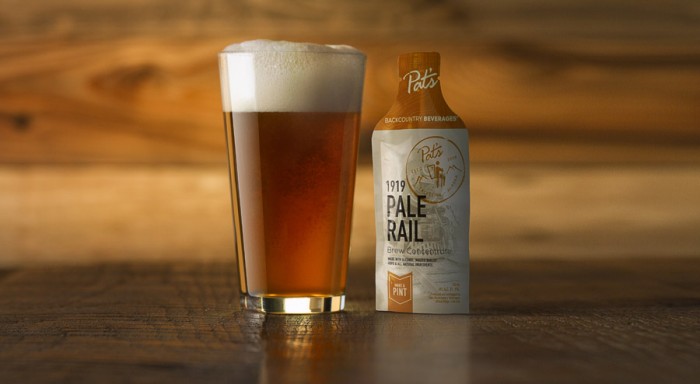 Pat Tatera spent 15 years focused on one thing: finding a lightweight way to carry beer into the backcountry. He created a technology for making brew concentrates, using the same type of packaging as energy gels. You then mix the brew concentrates with carbonated water – created with water found at your destination, a special bottle, and activator packets – and BAM, you have beer anywhere outdoors. The brews are on par taste-wise with some microbrews out there. Pat’s Backcountry Beverages 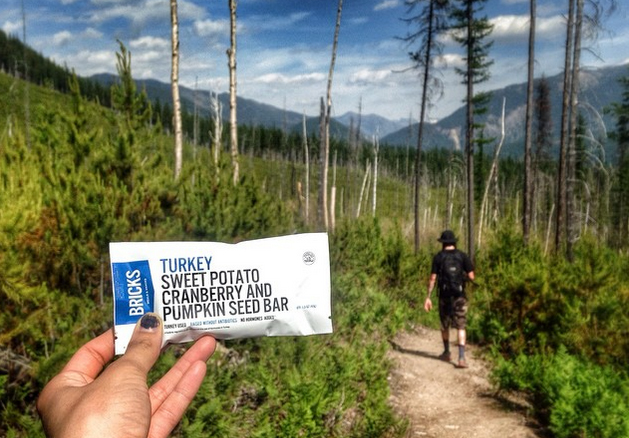 Bricks Bars is a New York company run by husband-and-wife team Michael Buck and Michele Anne Williams. If you’re a beef jerky fan, this is the one that tastes the most like traditional western beef jerky – with bacon, cranberries and sunflowers seeds mixed in. Initially, I was a little turned off by the dry texture – perhaps because I’ve become so accustomed to the sweet, sticky taste of most energy foods – but my co-worker devoured a whole bar in front me, making “mmm” sounds the entire time. He assured me it’s worth its salt.

–Amy Hatch is the founder of Garage Grown Gear, an online magazine and store focusing on outdoor startups. Most of the products here are covered or available for purchase on Garage Grown Gear.

Up Next: Hypnotic: Incredible Storms Chased Over 10 Days