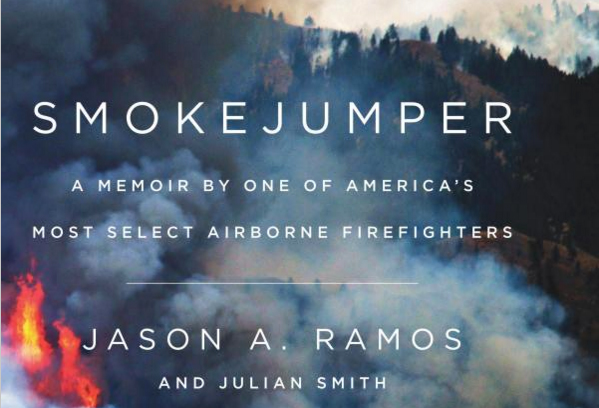 [leadin]In Smokejumper, veteran firefighter Jason Ramos chronicles the history of the elite group of airborne firefighters who attack blazes in some of the West’s most remote and rugged country.[/leadin]

Smokejumpers are equipped to handle any situation, in any terrain, at any time, and since 1939, they have battled wildfires from Fairbanks, Alaska, to Silver City, New Mexico. Ramos calls his comrades “the Swiss Army knives of firefighting,” justifying that moniker with an array of colorful anecdotes. At the same time, he explains the ecological importance of wildfires, pointing out the natural regenerative role that they play. 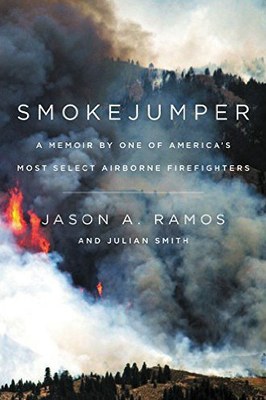 Ramos worked his way up the ranks, starting as an adolescent municipal firefighter in California. His knowledge of the firefighting community is impressive, and even after 16 years, he says, “I’m still learning new things all the time.”

Smokejumpers have to be tough, and so their rookie training school must be even tougher.

His instructor was unsympathetic to his injury: “ ‘I’m pushing as hard as I can,’ I said. His answer was brutal in its honesty. ‘I don’t care,’ he said. ‘You better pick it up. On a fire it doesn’t matter if you’re hurt.’ ”

Ramos eventually parachuted into some of the biggest fires in recent history, including the devastating 2014 Carlton Complex in Washington.

The book describes historic fires and assesses recent beasts, including the 1994 South Canyon Fire, the 2001 Thirtymile Fire, and the 2013 Yarnell Hill Fire, explaining how these turned so deadly and noting the lessons that firefighters learned from them. He jabs at the way bureaucracy often hampers missions; some fire chiefs hesitate to call in jumpers, hoping to save taxpayer dollars. Unfortunately, the problem is larger than local municipalities — Congress doesn’t allow the Forest Service to draw on disaster funding outside its normal budget for firefighting, and the agency already spends almost half of its entire budget fighting fires. That takes money away from other programs, including those that might prevent fires or mitigate their impacts.

While it’s clearly an ecological mistake to fight every blaze that erupts, allowing massive fires to burn toward neighborhoods can be deadly. Finding a balance is tricky, and Ramos’ narrative will surely spark hearty debate. Even after battling wildfires for nearly two decades, he remains captivated by them: “There’s something about fire that touches something deep and hardwired in the human soul. … There’s a reason why the ancients considered fire one of the four elements.”

Smokejumper: A Memoir by One of America’s Most Select Airborne Firefighters
Jason A. Ramos and Julian Smith
233 pages, hardcover: $24.95.
William Morrow, 2015.