I’m awake from a dead slumber at 2:00 a.m. to the flash of a headlamp and giddy whispers. I’m momentarily annoyed, and I roll over to avoid the piercing beam of light. 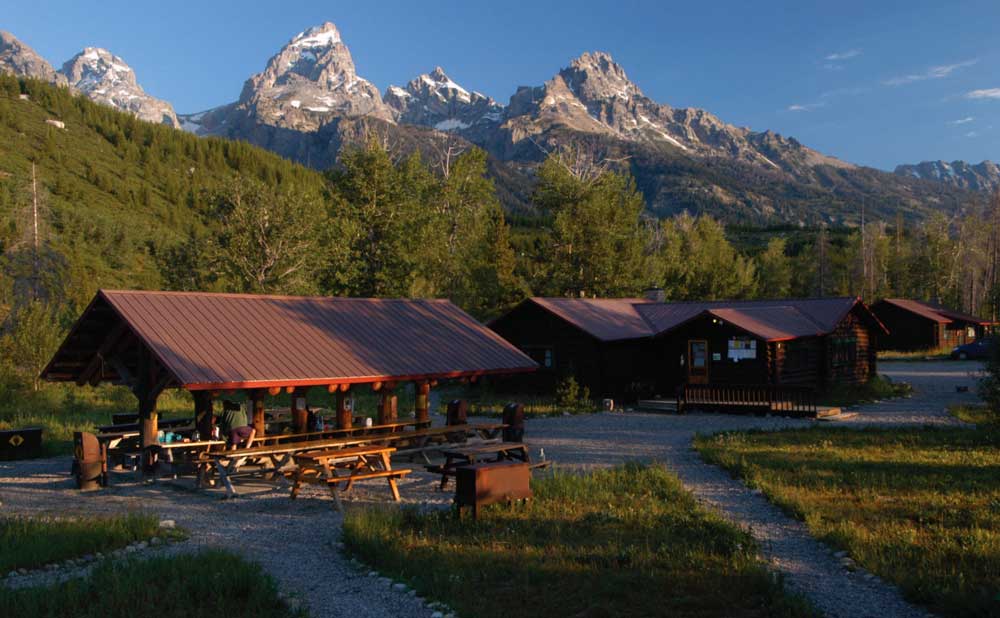 But instead of the gaggle of drunk campers I’m used to making this kind of racket early in the morning, this group is heading out for a pre-dawn “alpine start” to summit the Grand Teton.

I can’t help but feel respect. This is how it goes at the Climbers’ Ranch.

Heart Of The Tetons

Sitting in the shadow of the Grand inside of Grand Teton National Park, the Climbers’ Ranch is the epicenter of climbing in the area. It offers campers and climbers an escape from the (often) crowded campgrounds in the rest of the park. Rustic accommodations include plywood bunks, a shower house, and communal cooking areas.

To some, this probably looks spartan. But to a dirtbag on a budget like me, it’s a veritable paradise. 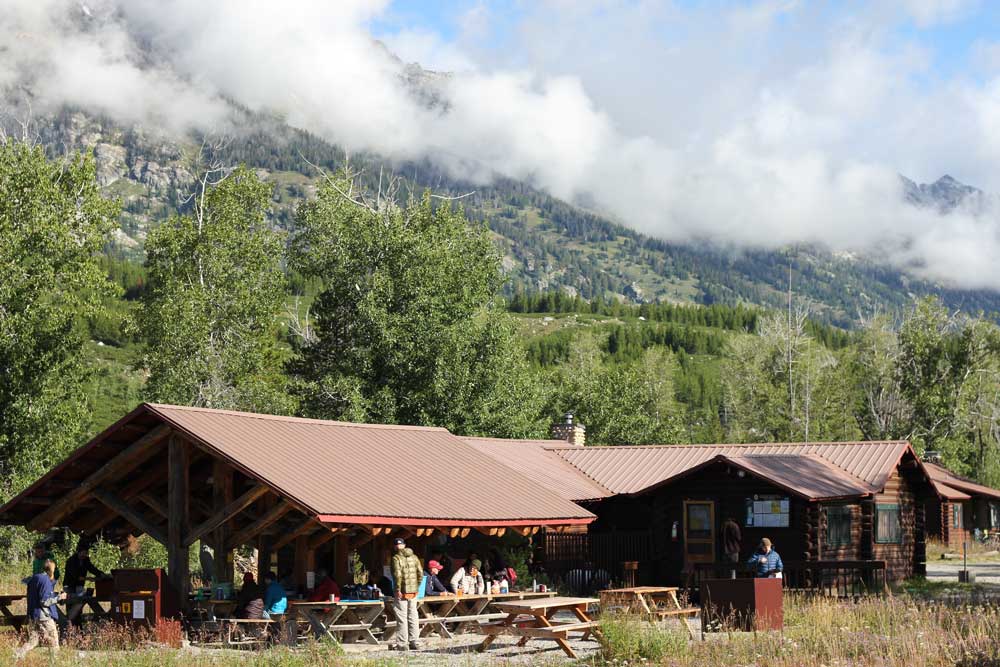 Waking up the next morning, the sun illuminates the Tetons in a golden shower of light and a fresh layer of snow can be seen on the mountainside just above the camp. It’s cold, just 37 degrees, and it’s the last weekend of July.

The jingle of climbing gear can be heard as I sit under the cook shelter making a cup of coffee. The nervous anticipation of a hard climb can be seen in everyones’ sleepy eyes.

The Climbers’ Ranch is one of a network of American Alpine Club (AAC) campgrounds that are found around the country. It is run and managed by the AAC although technically owned by the National Park Service.

Originally a dude ranch in the early 1950s, the AAC took over the ranch in 1971 and opened it up to mountaineers who wanted to stay in the park to climb. 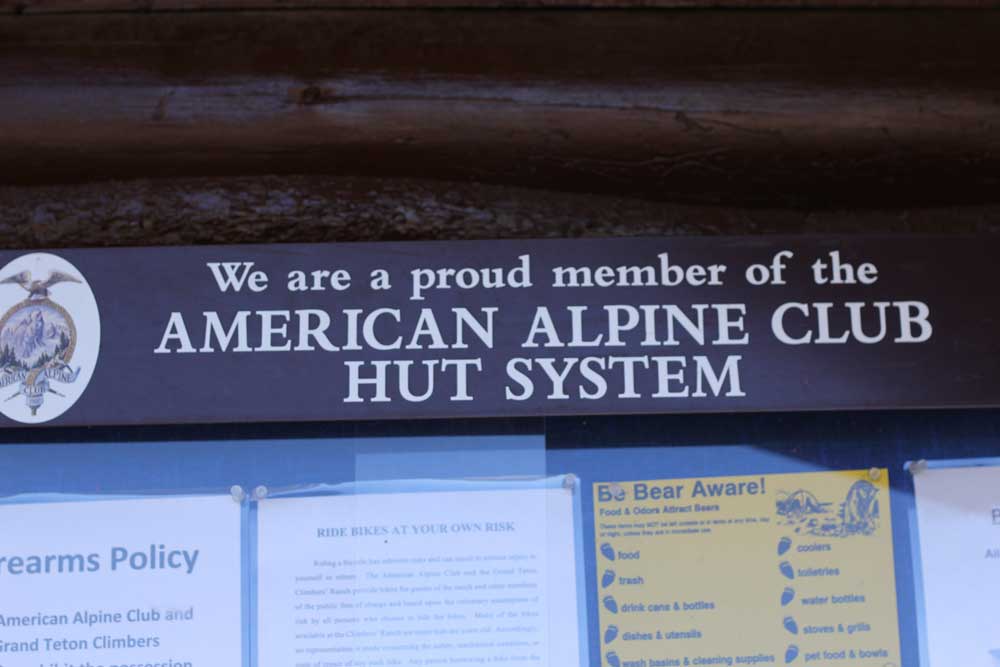 With 64 bunks spread throughout several cabins, the camp can get busy during its peak season, but still not nearly as bad as the campers and RVs just down the road at Lake Jenny Campground.

Although the majority of people who stay at the camp are climbers, it is open to all. Families, fisherman, and people who are just looking to explore a different side of the park are all welcome. $25, or $16 is you’re an AAC member, gets you a bunk and access to all of the facilities at the ranch. 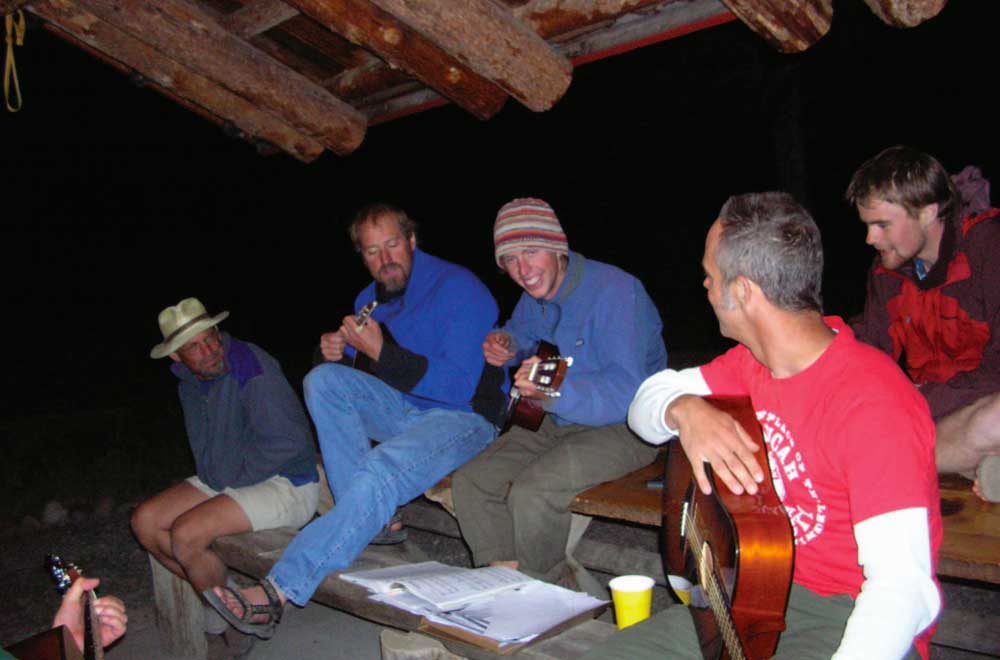 As I sit making dinner, I listen to the stories of climbers who have been coming here for years. Robert Hyman is a regular at the camp and has been coming for two decades.

“You pretty much always know that when you come here during the season there’s a good chance you’re going to run into someone you know from before,” said Hyman while flipping a burger on his electric frying pan.

Hyman is part of a group that comes out at the beginning of the season in June and helps open the ranch up to get it ready. All of the work done around the camp to keep it open and functioning is done through volunteers. 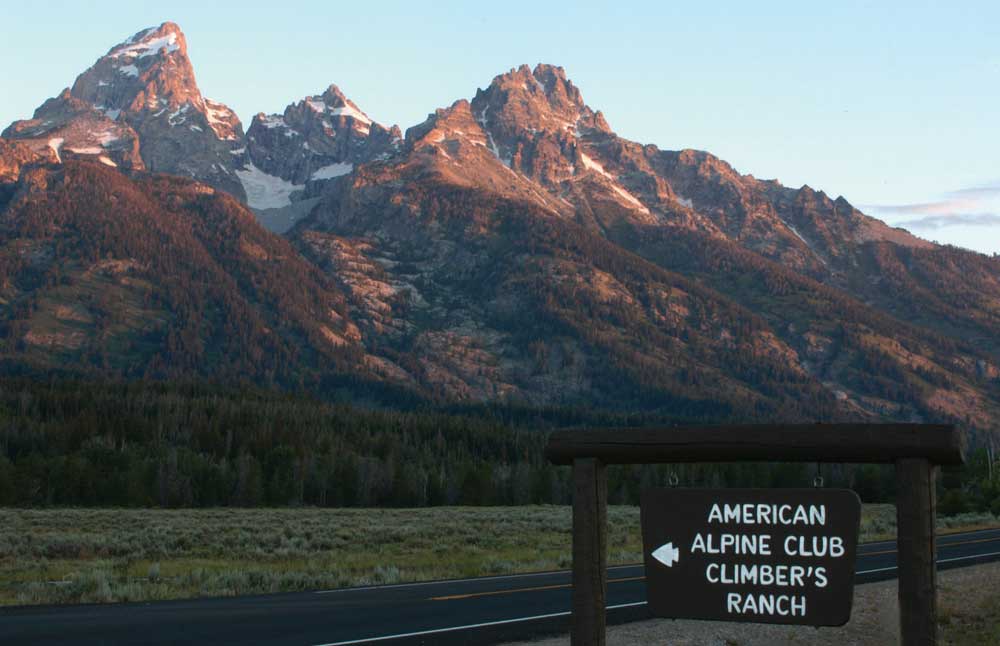 For as rustic as the camp is, it can feel like paradise to a climber who’s spent days making an ascent. Showers, laundry facilities, an extensive library of mountaineering and local guidebooks, and a cooking facility complete with loaner cookware and appliances. As Hyman says, “There’s no need to rough it at the ranch.”

And admittedly so, it was a welcome change to stay at a place that still had the modern conveniences of home (minus cell phone coverage) while experiencing the Tetons in their rustic beauty, including a young bull moose walking through the middle of camp and an ornery badger that kept hanging around the cook shelter. I don’t get to see that at home.

It’s All About Community 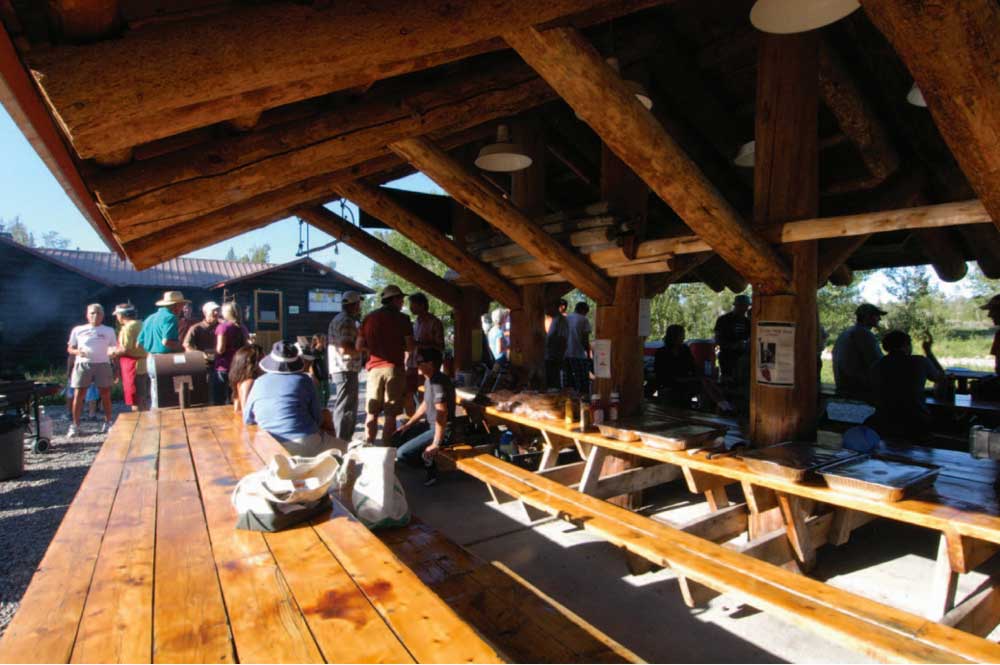 But, really, what makes the climbers ranch different is the people. Campgrounds in most national parks are notorious for cramming as many people in as little space as possible while still somehow maintaining the ability for campers to close themselves off in their individual sites.

The ranch is exactly opposite. The two nights I spent were occupied with telling stories and joking around while the sun set below the mountains. Communal accommodations mean it’s getting comfortable with one another really quickly.

Leaving the camp after two nights left me wanting for the community and warmth that I felt from everyone during my short stay.

Climber or not, the Climbers’ Ranch is a way to experience Grand Teton National Park away from the throngs of tourists and in the company of fellow dirtbags, climbers, and athletes in one epic spot.

Check it out: If you want a unique experience in Grand Teton National Park away from the summer tourists.

Avoid it if: You’re looking for privacy or adverse to sleeping on plywood bunks.