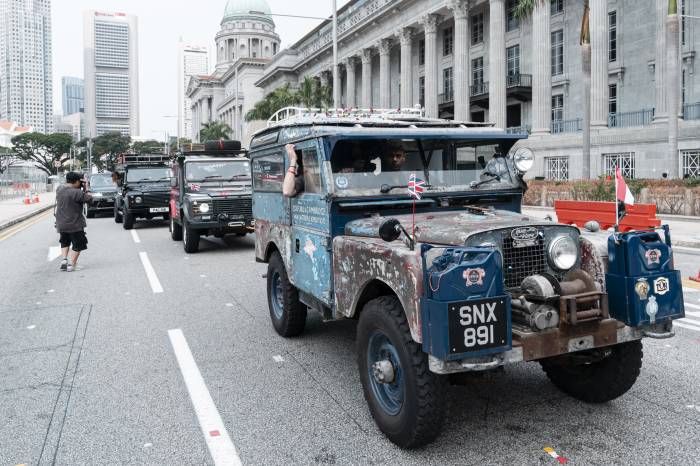 The grueling race climbs 7,815 feet from the start to the summit of Pikes Peak. Then, racers descend from 14,050 feet back down to the start. Kilian Jornet failed to break the men’s record, which has stood since 1993. He did, however, run fast enough to win, with a blazing pace of 3:27:29. Read on at Runner’s World.

Bitter’s blistering pace also set him up to break a second record, the men’s 12-hour run. Officials said he broke the old record, 101.65 miles, by more than 3 miles! His record came amid Six Days in the Dome, an event that brings 150 elite runners together in attempts to break existing records. They run burly 24-hour, 48-hour, and 6-day events.

The Last Overland expedition team started their journey from Singapore to London on Sunday. The expedition team aims to recreate the original 1955 route charted by The Oxford & Cambridge Far Eastern Expedition (The First Overland).

It’s noteworthy in part because the team of eight, including Nat George, grandson of Tim Slessor (a member of The First Overland), and Singaporean Larry Leong will drive the original 1955 Oxford Land Rover Series I used in The First Overland (pictured, top). The team will travel 16,000 km in the journey from Singapore to the United Kingdom. Learn more here. 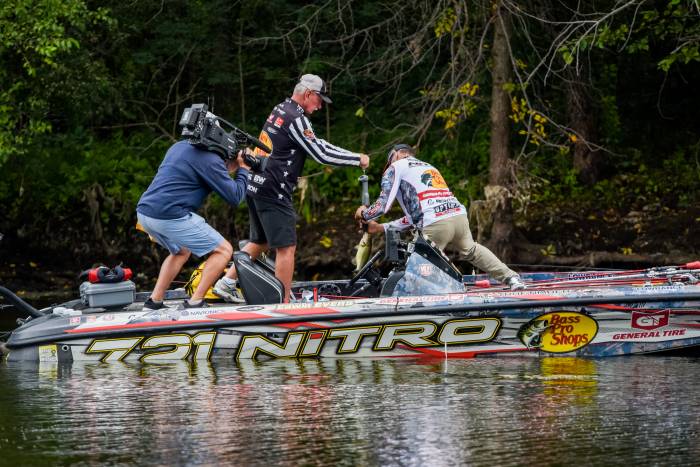 Edwin Evers, a professional angler and Bass Pro Tour Points Champion, went on a dizzying streak during the REDCREST fishing tournament on the upper Mississippi River near La Crosse, Wisconsin, on Sunday, catching 28 bass in 45 minutes.

The spate of speed catching put him on top of the event with a whopping 85 pounds, 6 ounces of fish for the day. His total was 15 pounds more than the combined totals of the second- and third-place anglers! The win solidifies a strong year and earned him a $300,000 purse. Fish on!

Spaniard Becomes 1st to SUP From California to Hawaii

Not only was the Spanish paddler the first to SUP from California to Hawaii, but he also did so completely unsupported, stuffing 3 months’ worth of supplies aboard the vessel. Best of all, he documented the entire journey on Instagram — epic!

2018 Piolet d’Or winners Kenro Nakajima and Kazuya Hiraide sent a new route up 7,788m Rakaposhi in the Karakorum. The epic route up the south face of the mountain took the team more than a month. Check out a detailed report here.

A Pennsylvania family’s surveillance camera caught a unique kind of porch pirate in action last week when it filmed a black bear stealing a dog food delivery from the front porch. According to WNEP, the family then contacted online pet food vendor Chewy about the incident, and the brand offered to send a free replacement.

The bear, it appears, made a quick getaway.

Luuc van Opzeeland of the Netherlands dominated with Foil Word Championships in Engadin, Switzerland. The race pits dozens of top windsurfers and foil racers against each other at a breathtaking venue. Check out the video below for some footage of a fast-paced race.