A weekly wrap-up of adventure news. From the inspiring to the tragic, here’s some of what you missed and a few things to look forward to.

Extreme cyclist Jonas Deichmann completed a historic Round-the-World Triathlon on Monday. The 34-year-old and six-time world record holder crossed 18 countries in 14 months entirely unsupported. His effort equates to 120 IRONMAN triathlons. So, yeah — it was a helluva year for the man they call the “German Forrest Gump.”

Just a few of the best/worst highlights from his mind-boggling challenge include swimming the Croatian coastline for 8 hours every day for 54 days, wearing out 11 pairs of running shoes in Mexico, and cycling across Russia in the blitz of winter.

When asked about his Baltic bike tour, Deichmann remarked, “Cycling across Russia in winter has been an amazing way to have an absolutely miserable time.”

Head to Explorer’s Web for the full scoop on the cheerful, unstoppable globetrotter. And look for the forthcoming documentary “Miles Ahead,” which just debuted at the 2021 European Film Tour (E.O.F.T.).

It’s been quite the week for trail runners Joe Gray and Grayson Murphy. After being named two of this year’s most accomplished ultra trail runners by USA Track & Field (USATF), Murphy and Gray clinched first in men’s and women’s at the XTERRA Trail Run World Championship on Saturday.

USATF also named runners Max King and Kasie Enman the ‘Masters’ of ultra trail running for 2021. Check out the full report on this year’s mountain ultra trail winners at iRunFar.

And about those XTERRA races, the 25th annual World Championshipsdrew many of today’s best endurance athletes to Maui over the weekend. Sunday marked the triathlon segment of the event, where heavily-decorated Olympic triathletes Flora Duffy (BER) and Hayden Wilde (NZ) took gold.

It is Duffy’s sixth XTERRA World Champs title win, and a decisive one at that — the well-rounded Bermudan broke tape nearly 7 minutes ahead of the second-place finisher, Loanne Duvoisin (SUI).

Have you heard about animal search and rescue (ASAR) operations? Because that’s an awesome thing that exists. A recent article in Adventure Journal dives deep into various pet and wildlife SAR organizations and accomplishes some praiseworthy things along the way.

First, it provides a few critical lessons about how to keep our best boys and girls safe outdoors (watch out for cliffs, y’all). Second, it serves as a PSA for pet parents — be familiar with local pet rescue resources before heading into the wild. The life of your feathered, furry, or scaly friend might depend on it. And finally, it might just restore your faith in humanity.

Read “Let’s All Give Thanks For Doggie SAR” by Jeff Moag, and check out the Animal Search and Rescue page by NASAAEP for an intro to various ASAR resources. 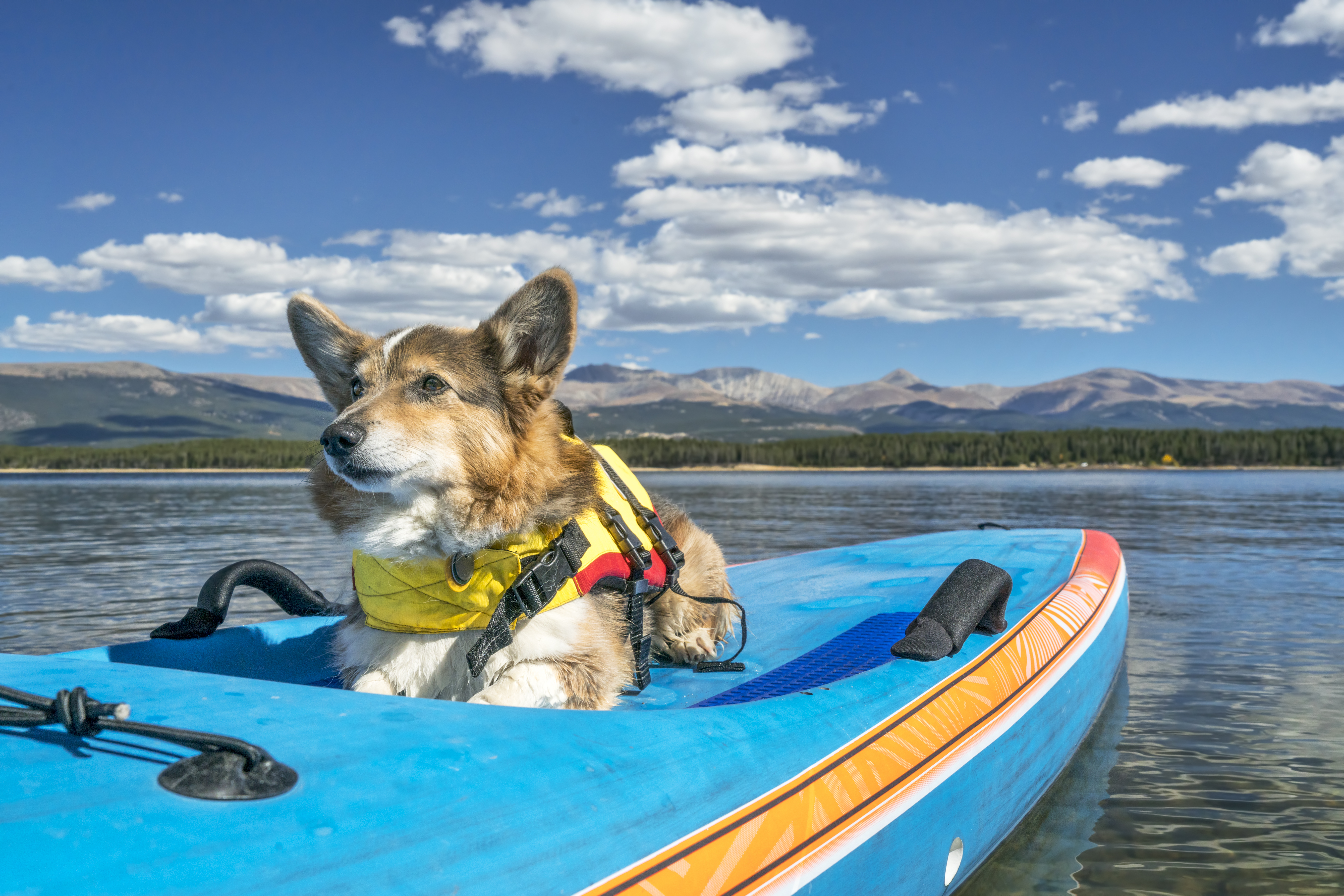 The Best Dog Life Jackets for Your Pup

Dogs have an entire swimming style named after them. But just because dogs love the water doesn't mean they can't use the added safety of their own flotation device. Read more…

Climbing bookworms, this one’s for you: On Dec. 9, the American Alpine Club will host a free virtual event with mountaineer and Alpinist magazine editor-in-chief Katie Ives. The discussion will explore Ives’ book, “Imaginary Peaks: The Riesenstein Hoax and Other Mountain Dreams” and dive deeper into mountaineering’s most remarkable and alluring hoaxes.

Learn more and register for the event at americanalpineclub.org.

Skechers had pledged a minimum of $800,000 to reforestation programs led by The Nature Conservancy. The pledge is part of a multiyear partnership signed by both organizations. The lifestyle giant doubled down on sustainability by launching its “Our Planet Matters” shoe collection, which features post-consumer recycled materials.

The Nature Conservancy is one of many conservation organizations you can support. Donate and find volunteering opportunities at preserve.nature.org. Stay up on the foundation’s many initiatives by following the @nature_org on Instagram and Twitter.

In our rush to plant trees for #ClimateAction, it’s important to remember some of the more obvious natural climate solutions—like protecting and managing landscapes that are already working hard to absorb carbon. https://t.co/xmW2GME9ja #NatureNow pic.twitter.com/bRMvHrtXjj

That’s a wrap for this week. Until then, go forth and send it!

From now until the end of 2021, REI will match any contribution up to $1 million to its fledgling nonprofit arm, the Cooperative Action Fund. Read more…

Up Next: Maine Officials Say ‘Do Not Eat’ Local Deer After Finding PFAS in Specimens