Every year, local communities on either side of the Apurimac River Canyon use traditional Inca engineering techniques to rebuild the Q’eswachaka Bridge. The entire bridge is built in only three days. The bridge has been rebuilt in this same location continually since the time of the Inca. 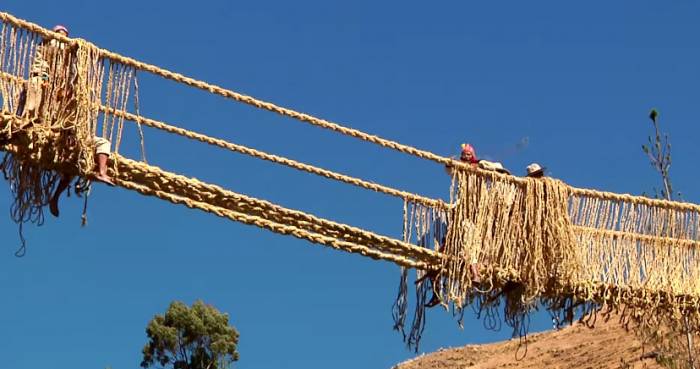