The 48 high summits of New Hampshire’s White Mountains are a lifelong goal for some hikers. One man just blitzed them all in 5 days. 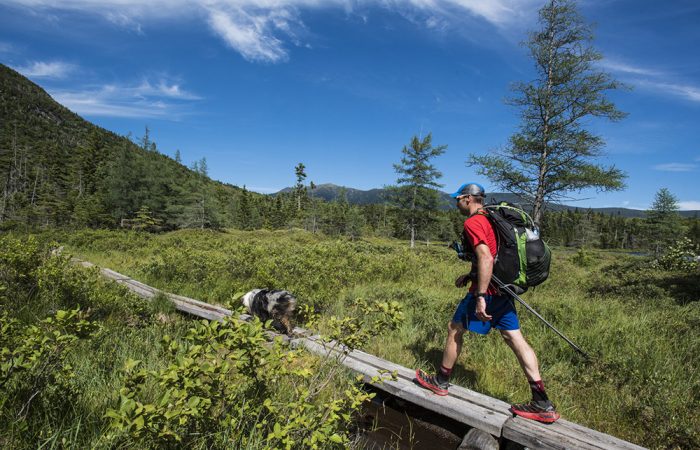 While the 48 peaks can take years to complete (or at least several seasons and multiple trips), Drummond’s total time was a mere 5 days, 23 hours, 58 minutes in the colossal thru-hike feat.

The attempt keeps with the FKT trend — timing and quantifying an outdoors experience to add to the challenge. The adventure was neither a race nor a typical thru-hike. Drummond pitted himself against the clock and the mountains.

In recent years, similar records were made by Scott Jurek on the Appalachian Trail and Nikki Kimball on Vermont’s Long Trail. Heather “Anish” Anderson set a new unsupported record on the AT last year, and Karl Metzler is in the midst of his own FKT supported attempt on the AT. 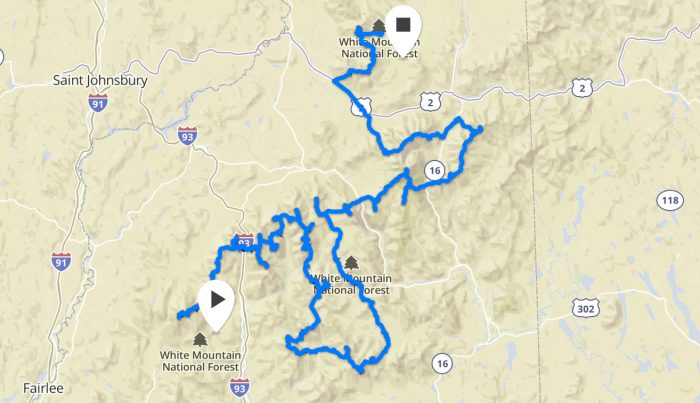 The White Mountain Direttissima measures about 240 miles with more than 80,000 feet of elevation gain and loss. To tag all 48 peaks Drummond used spur trails and bushwhacked where needed.

Drummond ran unsupported, carrying all his gear, food, and water. Trail Runner reported he started the hike with 30 pounds of bars, energy gels, peanut butter, and other food.

His pack included an iPhone, DeLorme InReach GPS tracker, and a GoPro camera. He broadcast his progress and invited people to join him on his adventures via the Skithewhites website.

Even with the supplies, nutrition was a struggle. His food was mostly sweet, but with the July heat Drummond said he craved more salt than anticipated. As a result, he devoured his jerky and cheese first.

If he were to do it again, “more food variety and a warmer sleeping bag” are at the top of his list, Drummond said.

Little Rest For the Weary

Aside from soreness and blisters, he lodged no serious injuries. But out on the route, it was a constant battle to rest, stay properly fueled, and keep hydrated.

Power naps were a key tool in his arsenal. Drummond typically slept in 2-3 hour increments. In the last 27 hour push, he only stopped for a couple of hours. 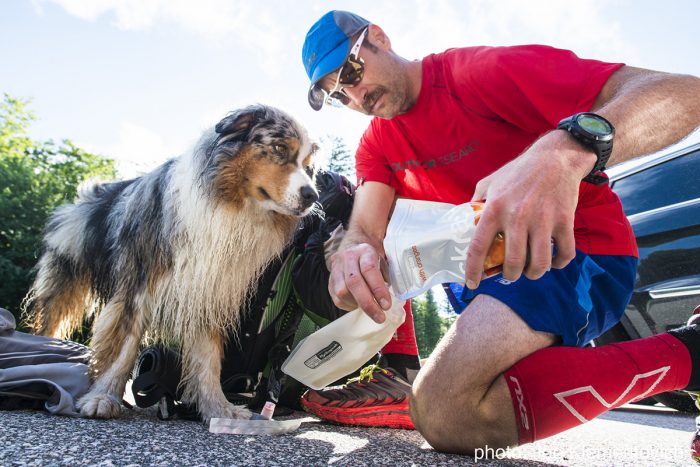 Around 70 percent of the hike was unaccompanied, though near the end push his dog, girlfriend, and father joined.

One hiker joined Drummond near Mt. Cabot, after tracking him down from social media posts.

Quantifying The Athletics Of Hiking

Drummond’s White Mountain record highlights a sport typically construed as a way to take in views, find solitude, and experience nature. He turned it into a live-action endurance event.

Some argue this misses the point of a thru-hike, but Drummond hopes he can motivate others by sharing his experiences on and off the trail.

For Drummond and a growing legion of outdoor athletes, adding a deadline to a hike brings new challenges in the wilderness as well as new rewards.

Up Next: 24,000 Kilometers: ‘Trans Canada Trail’ Longest In World