A safe-distance campaign spearheads a crackdown on the ‘bear selfie,’ and national parks say it’s making a difference. 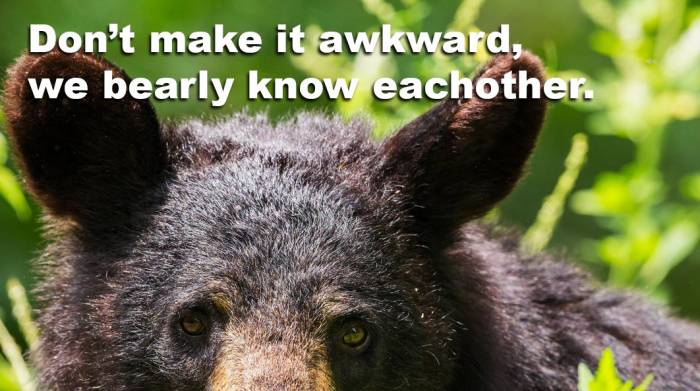 “Don’t make it awkward, we bearly know each other.” The tongue-in-cheek sign, posted in a Colorado national park, represents a joint effort of Colorado State University and the National Park Service (NPS). The humorous messages, part of the Safe Wildlife Distance Campaign, are meant to encourage park visitors to keep a safe distance from wildlife.

The campaign recommends staying at least 75 feet (about two bus-lengths) away from all wildlife. Black bears, moose, and mountain lions need a minimum of 120 feet of space – about three bus-lengths.

But it’s worth noting that the minimum distances each park recommends vary. Generally, we’d say more is better and advise erring on the side of caution (like the 300-foot recommendation for bears shown above).

The messaging campaign rolled out on posters, flyers, and rack cards from June to October 2017 at four national parks: Assateague, Grand Canyon, Rocky Mountain, and Shenandoah.

Results Are In: It’s Working in at Least 3 of 4 National Parks

Following the campaign’s introduction, the numbers of inappropriate human-wildlife interactions are down at three national parks. Researchers observed interactions with target species for each park for up to an hour or more.

“We counted the total number of people within 100 yards of the animal(s) and how close they ultimately got to the wildlife within different ranges,” said principal investigator Katie Abrams. 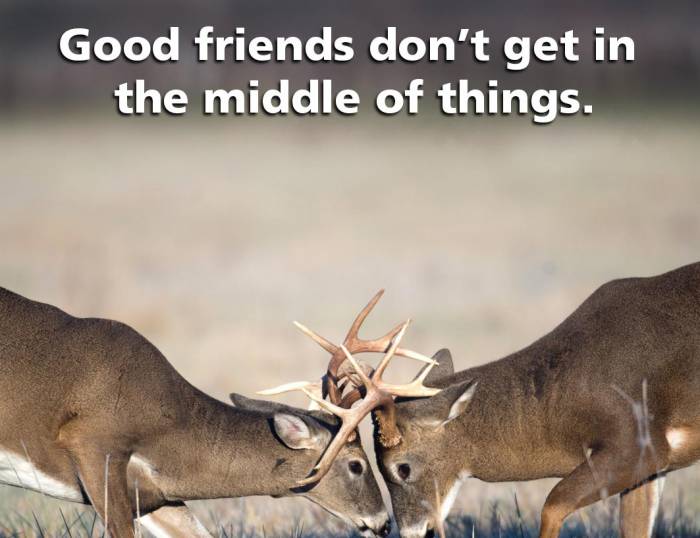 Only park officials at the Grand Canyon reported continued issues of people and animals getting too close for comfort. But Abrams said the areas in contention are not “wild.”

“The elk were attracted to these water-filling stations, which were positioned within heavy visitor traffic areas. For the cows (female elk) during calving season, the draw to these areas also provided shelter from predators,” she said.

“These areas are fairly built-up with nicely paved walkways, rock gardens, seating, and visitor information, so they don’t feel like ‘wild spaces.’ The built-up environment and actions of the animals who were walking down paved walkways and begging for people to turn on the water faucets were dissonant with any notions of wildness.”

PSA Campaign Just One Stab At a Much Bigger Issue

The safe-distance campaign will continue at the discretion of each park. But it’s just one attempt to combat a bigger trend: people messing with wildlife to get an Instagram-worthy photo. Numerous attacks and even a death have occurred while humans were looking for the perfect shot. Last month, a man in India died after he was mauled while posing for a photo next to a bear.

In Aspen, Colorado, after a mom brought her young daughter along for a bear selfie, officials balked. The town is boosting fines for wildlife harassment penalties. The fees will match charges for residents who leave their trash out for hungry bears: $250 for the first offense, $500 for the second, and $999 for the third.

With new PSAs in place and wildlife interaction fines on the rise, maybe humans will finally get the message. No more bear selfies!

Up Next: Gearo: Shop Virtual Aisles for Outdoor Rentals