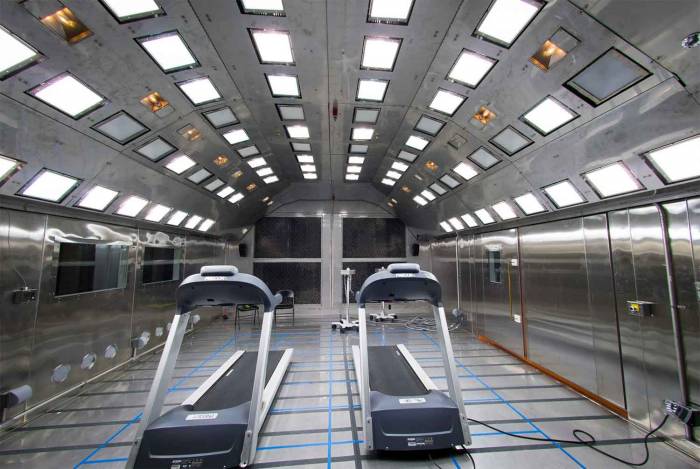 It’s not a typical day at the Delaware headquarters of W.L. Gore & Associates. The media has gathered for a tour of the brand’s new testing facility.

It’s sunny outside. But the blue skies and a gentle breeze hide some straight-up nasty weather found inside Gore’s EM5 facility. Here, gear is tested for the great outdoors. But Gore does this by bringing the harsh elements indoors. There, it can apply scientific methods to evaluate performance.

Because Gore-Tex offers a guarantee on products made with its fabrics, it’s also on the hook for performance issues or sub-par manufacturing. Thus, the brand goes to some serious measures to assure garments meet its rigorous standards.

It’s late fall when we walk though the halls of the sprawling facility. It houses both manufacturing and product testing, and rooms buzz with activity. This is the home of Gore-Tex, a brand with approximately $3 billion in annual sales.

It opened new portions of its lab last fall. Gore’s Fabrics Division spends tens of millions of dollars on R&D annually, which includes the lab (the brand didn’t disclose the exact price).

The brand can create rainfall rates ranging from a light drizzle in Scotland to a downpour in the Pacific Northwest. Rainfall can reach up to 3 inches per hour, and water and air temps range from 5º to 25º C.

Among the most interesting and advanced rooms is the “Environmental Chamber,” part of the brand’s biophysics lab. It replicates the temperatures and solar radiation from almost any location on Earth.

Temperatures inside the chamber range between -50º and 50º C. Operators set relative humidity from five to 98 percent, with winds from 0 to 10 meters/second.

Inside that room, hired athletes run on treadmills to test everything from running gear to firefighting apparel.

One room full of laundry machines even tests fabric durability by washing them over and over. It’s a fascinating place to visit.

And while the final tests take place on high mountains and rugged forest floors far from the developed Delaware base, it’s reassuring to see. These garments really are put to the test. 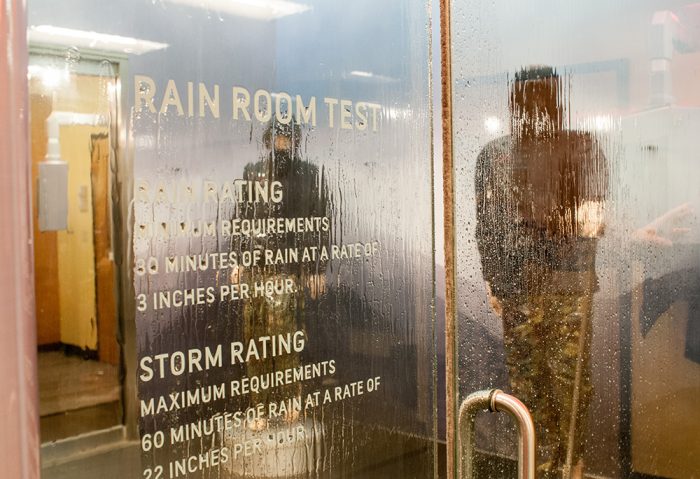 Up Next: Future Gear: Award-Winners At Munich’s ISPO 2017