Born in 1899, Eddie Bauer was an original gear junkie. He developed, improved, and invented some of the most significant products for the outdoors in the 20th Century and introduced them through his namesake company. 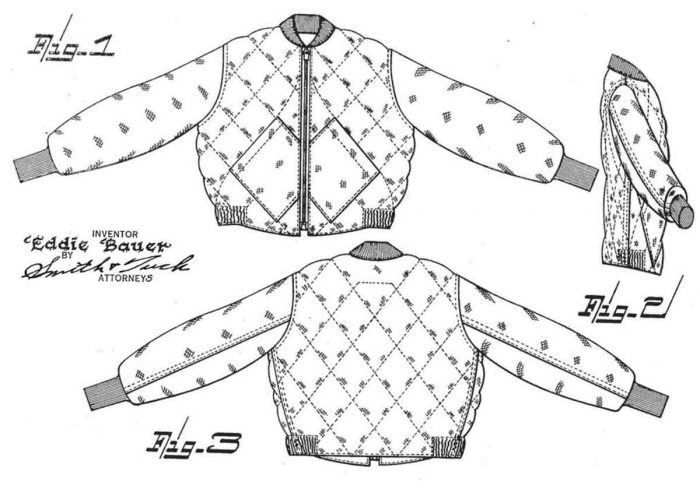 This week, in a nod toward the brand’s founder, Eddie Bauer re-releases some of the first outerwear pieces from decades past. EB Originals mix historical designs with modernized materials for a retro look with high-tech appeal.

Mountaineering parkas to thin down sweaters are in the “retro-technical” mix. The line has both men’s and women’s jackets. 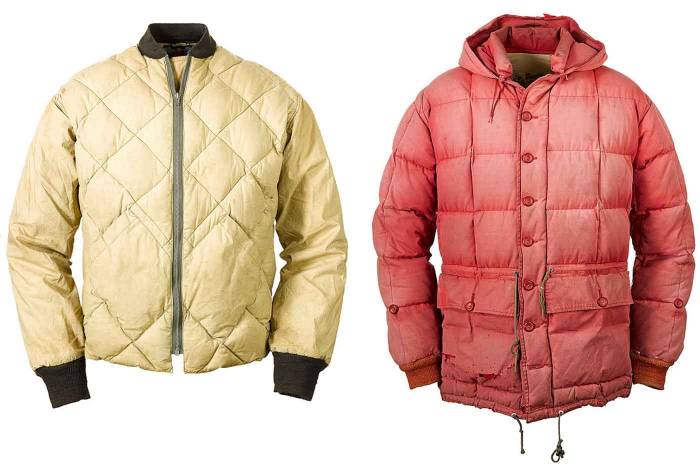 We visited Eddie Bauer headquarters in Seattle earlier this month for a first look at the EB Originals lineup. See the whole collection here, and below are a few favorite retro pieces from the line.

Eddie Bauer’s quilted down jacket, the Skyliner, was awarded a U.S. patent in 1940 and changed the course of outerwear history. It was invented after Bauer became hypothermic on a steelhead fishing trip in the Pacific Northwest and nearly died. He created the down-insulated jacket so that it would never happen again.

Down became a standard outerwear material after the jacket came to market because of the excellent warmth-to-weight ratio, and the Skyliner became the cornerstone of Bauer’s early lineup.

For the 2016 upgrade, the company introduces multiple Skyliner options. One is a near replica of the original. Another is a limited edition collaboration that has 100th Anniversary National Parks Pendleton Wool patterns to insulate the wearer. The Pendleton Reversible 1936 Skyliner jacket comes in motifs made to represent Yosemite, the Badlands, and Yellowstone national parks.

Bauer also introduced ultralight insulating layers. Originally intended to be used in layering, the Super Sweater’s modern upgrade adds a DWR finish to the outside for protection from the elements. Details include button snaps down the middle, two hand pockets, and rib-knit collar and cuffs.

The original Kara Koram was designed for the K2 expedition of 1953. It was one of the earliest Eddie Bauer jackets to use synthetic materials in the shell. The 2016 Kara Koram jacket looks remarkably similar. It has 650-fill down, large buttons over a metal zipper, hand-warmer pockets, and a hood. It’s also rated to -30 degrees F, making it one of the warmest parkas on the outdoor retailer shelf.

Decades ago, when the U.S. military needed to keep pilots warm, it asked Eddie Bauer to make this jacket. The requirements were pretty stringent: It had to keep an airman warm in the metal-skinned planes flying over the Aleutian Islands in Alaska, keep them afloat for 24 hours in case of a crash, and keep them warm for three hours at -70 degrees F. A tall task! The new version of the B-9 Parka is toned down some, though still rated to keep winter-wearers comfortable far below zero. 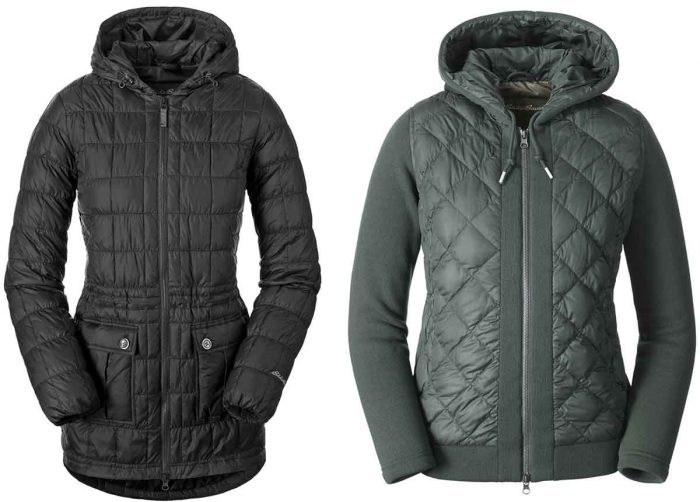 Christine, or “Stine,” Eddie’s wife, was arguably a bigger outdoor enthusiast than he was. She significantly influenced early women’s jacket design within the company. Two pieces are replicated in the EB Originals launch that balance form and function (see photo above). The Yukon vest has a fur collar and leather details, while the Swiss Model Down jacket has a down core with knit arms.