Aerogel is almost weightless and humanity’s best-known insulator. A new product from PrimaLoft brings this wonder substance to the outdoors industry. 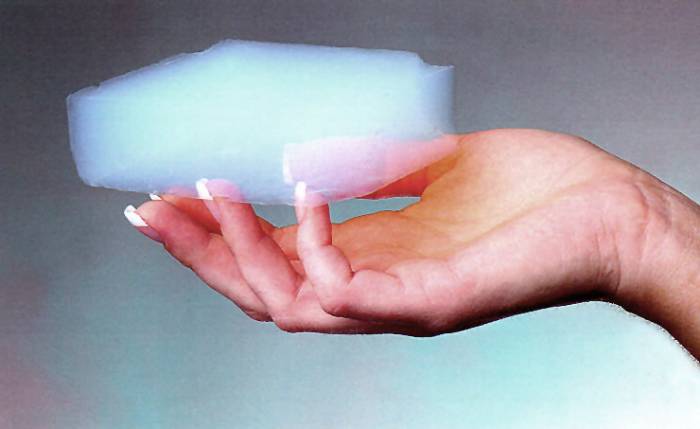 Aerogel is the stuff of science fiction. Nearly as light as air and impervious to heat and cold, some aerogel properties make it a gear designer’s dream substance.

Aerogel isn’t new, but hasn’t found broad use in the outdoors because of its susceptibility to water damage and lack of breathability. 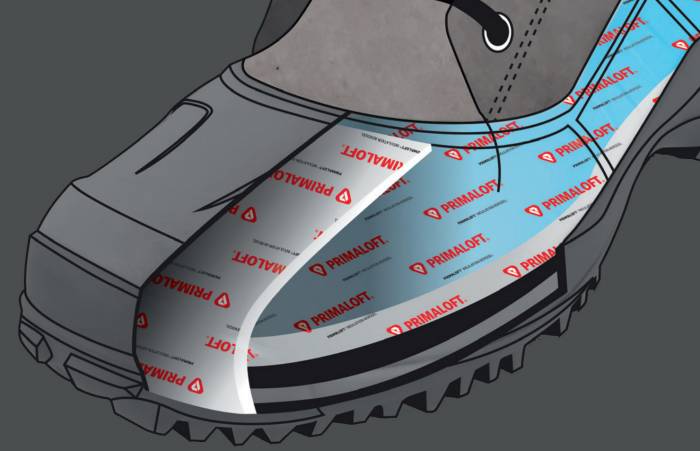 But this year, insulation giant PrimaLoft unveils a new product it hopes will make aerogel the next big thing in outdoors apparel: PrimaLoft Gold aerogel.

The introduction of PrimaLoft Gold aerogel is among the first launches of this technology among large outdoors brands. And some brands have already signed on to use the insulation for winter wear.

While designers attempted to use aerogel in a lot of garments over the years, several roadblocks have thwarted a broader acceptance.  Namely, it lacks breathability, denatures when wet, and is fragile by nature.

However, PrimaLoft seems to have overcome these obstacles in its new product.

First, PrimaLoft “encapsulates” aerogel Gold to protect it from water damage. A 0.1mm to 0.25mm membrane wraps the aerogel insulation in various applications.

Second, PrimaLoft Gold aerogel is capable of withstanding pressure. It maintains a very similar CLO value (the measure of insulating ability) under 10 psi as it does uncompressed.

Finally, the brand intends the product for use in places where breathability is not required, such as boot insoles, winter-biking shoe toe-caps, and pockets in winter jackets meant to keep cell phones warm. See the complete list of products coming to market soon, below.

Aerogel is a wild substance. Also known as “solid smoke” or “solid air,” aerogel is a synthetic material that is 98.2% air, and thus the lightest solid yet discovered. It also has the lowest thermal conductivity of any known substance, meaning it’s an incredible insulator.

It is created by removing the liquid from gel. Standard aerogel is a friable solid, meaning it shatters like glass with enough pressure — not a good trait for an insulator that will surround your body while cascading down mountains at 40 miles per hour.

But manufacturing processes allow aerogel to be formed into flexible blankets used as industrial insulators and for other applications like jackets, and now boot insoles, gloves, and more.

PrimaLoft will make Gold aerogel in three thicknesses: 1.5mm, 2mm, and 3mm. The brand claims CLO ratings of 1.29 to 2.01. Without going into a long description of CLO ratings (a complex subject), suffice to say that is a lot of insulation for such a small product. For example, a thick sweater has a CLO of around .36.

Footwear: PrimaLoft offers Gold aerogel for use in insoles and toe caps. These provide significant insulation but are not breathable. Thus, the insulation will only be used in a portion of footwear. The insulation retains on average 96 percent of its thermal performance with applied pressure from hands and feet, a trait that will make the insulation a strong contender in footwear and gloves.

LL Bean’s Men’s Big Game Gore-Tex Pro Hunting Boots are on the market now, and appear to be the first product with the new insulation to hit the shelves.

The insoles may also find use in summer running shoes, as the insulation can also help block heat for runners on hot asphalt.

The jacket uses a space-age insulation 'inspired by NASA.' But is it any good? Read more…

Gloves: Flexible, light, and super warm, it makes sense brands will use aerogel in gloves. The biggest caveat is the lack of breathability. Expect to see it used in small parts of gloves, likely the palms, with breathable materials incorporated into other areas.

We’ve tried Helly Hansen’s PrimaLoft Gold aerogel Lifepocket in its Ullr Powder Suit, and it worked well in an early test. Look for it trickling into your favorite brands this fall.

Up Next: One Shoe For Every Adventure: Astral TR1 Mesh