Classic details, a stout frame, and an appetite for pavement or dirt, All City’s Pony Express is a unique urban ride. 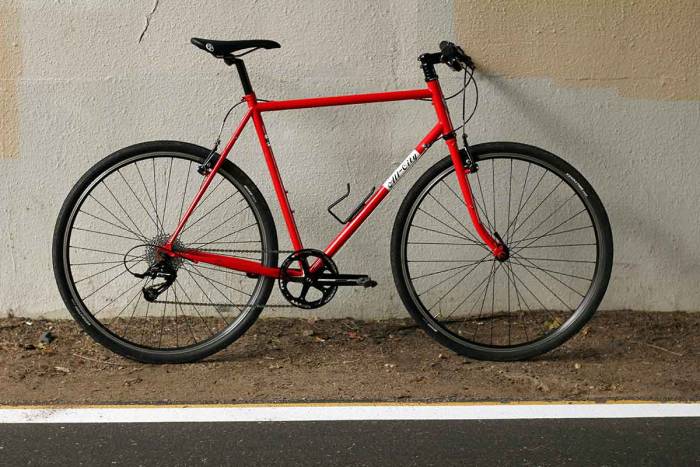 Autumn leaves covered the singletrack. It was 5 p.m. on a Tuesday, and I’d dipped off the pavement for a section of dirt on my commute home.

The All-City Pony Express delivered me to the trailhead fast. On pavement the 10-speed bike can rock to 25 mph, greater if you’re in a hurry.

Rolling onto the trail, the wide tires (and even wider handlebar grip) afforded a few minutes of ad hoc mountain biking before I skidded back toward the cement.

New this year, the Pony Express is fast and functional for a variety of tasks, and it’s refined with details not commonly seen on production bikes.

While mainly an urban steed, the bike is set up to handle gravel roads, easy dirt trails, and even bike touring if you add racks.

Bikes like the Pony Express are a more recent evolution, as the brand has expanded into geared bikes for cyclocross, touring, and mountain biking.

The Pony is mainly a commuter. But it’s a flexible around-town bike. I found it rode great in Minneapolis’s urban grid and start-and-stop traffic, or on the open road where I could let it fly.

At $1,149, the brand touts the Pony Express as its most affordable geared option. It comes with a workhorse SRAM drivetrain, 700c wheels, and all-around good parts.

There is one shifter for the rear cassette, offering 10 speeds, and it has common, adequate V-brakes. The bike can accommodate tires up to 42mm wide, which are large for a road-oriented ride.

The Pony Express is made of chromoly steel that’s comfortable on the road. Like many All-City frames, it has distinctive “hand-built touches,” including custom dropouts and a lugged crown fork.

A glossy red finish, internal cable routing on the top tube, and a shiny All-City badge up front make the bike pop.

Not the lightest bike, the Pony Express I reviewed hit 25.5 pounds on a scale. The weight was noticeable compared to my higher-end steel bikes and also a drag on big hills. 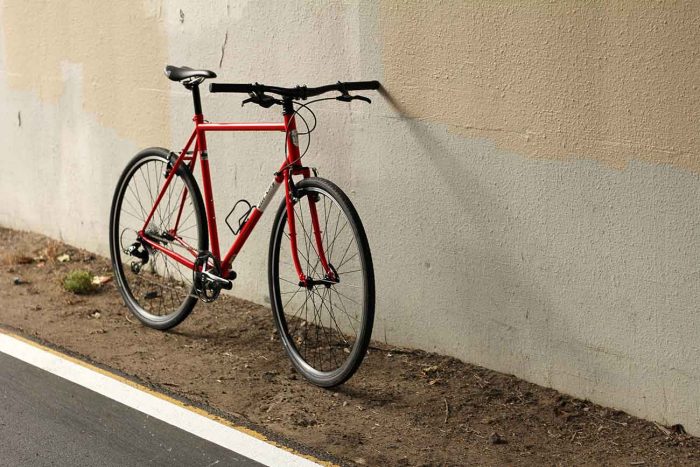 Overall, however, I has happy with the bike. All-City designed a fun, fast, functional ride with the Pony Express.

Commuters who want a go-anywhere bike with tuned-up aesthetics should look to this utilitarian bike for city rides and beyond.