You need a better lock. Bike theft is a national epidemic, including innovative, relentless thievery in almost every city. 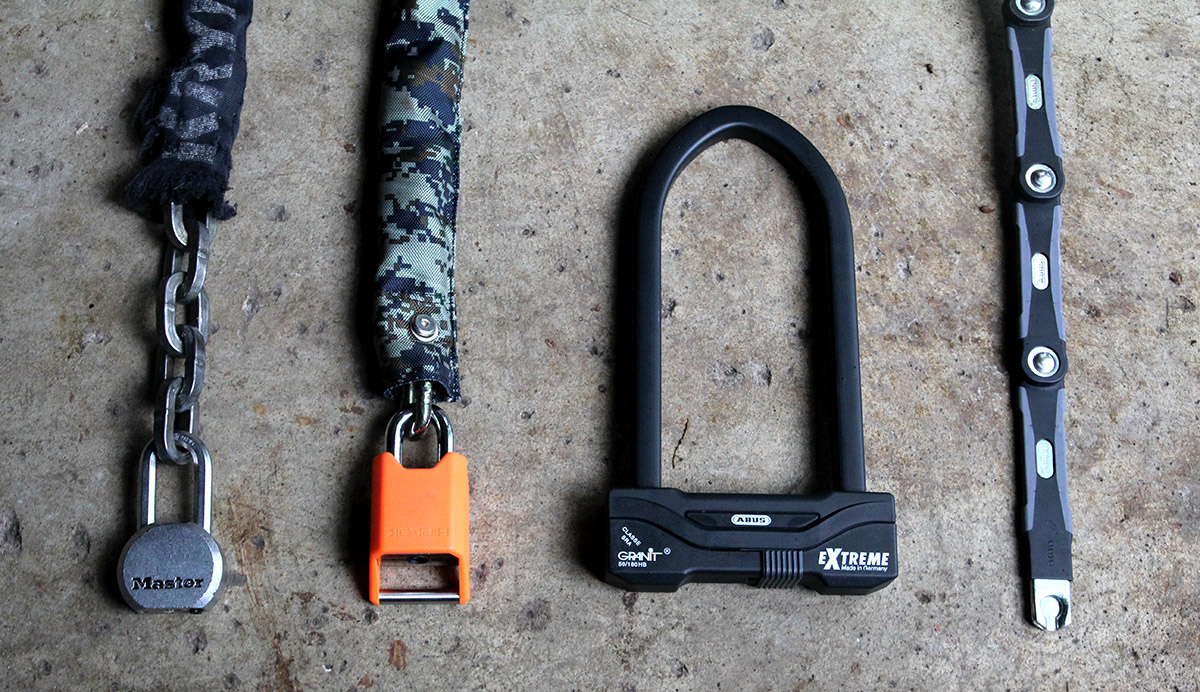 To combat the bad guys with chain cutters and tools, look to a hefty lock. We’ve tested the four models here — all high-price, high-quality options — and can vouch for their ability to lock up a bike better than the common cable snapped around a pole.

Steel bars interlocked and hinged form this compact lock. In a backpack or mounted on a bike frame, the Bordo folds up small into its silicone-cover case, making for a 3 x 7.5 x 1.5-inch package that fits easily in a pack or even a big pocket. 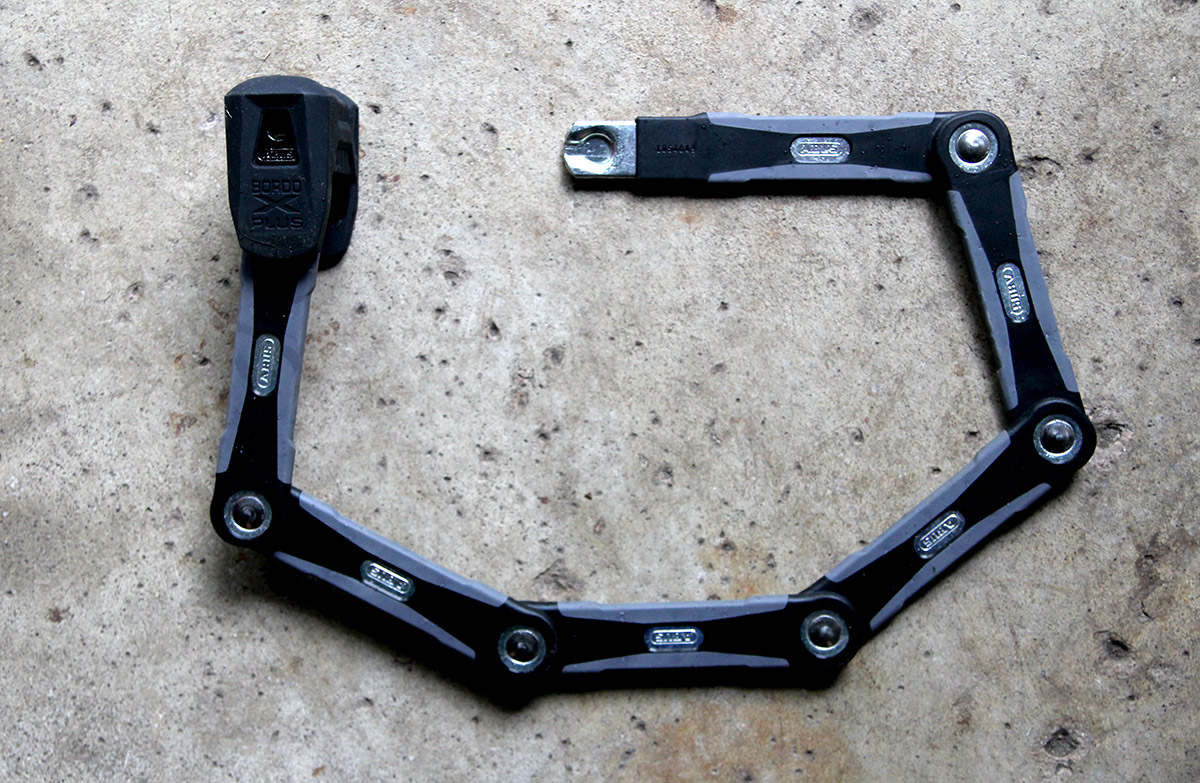 Put a key into the lock and pull out an end; the Bordo unfolds to take shape as a flexible circle to loop through a front wheel and bike frame for a secure lockup.

It weighs more than 3 pounds. But for the heft the company rates the packable lock among its most theft-proof, including 5.5mm thick steel bars that are difficult to break, saw, or cut. $179, Abus.com.

For more than 10 years, locking my bike up thousands of times, I have relied on this huge chain from Kryptonite. The original padlock died about 4 years ago, and I replaced it with a $25 Master Lock from a hardware store. 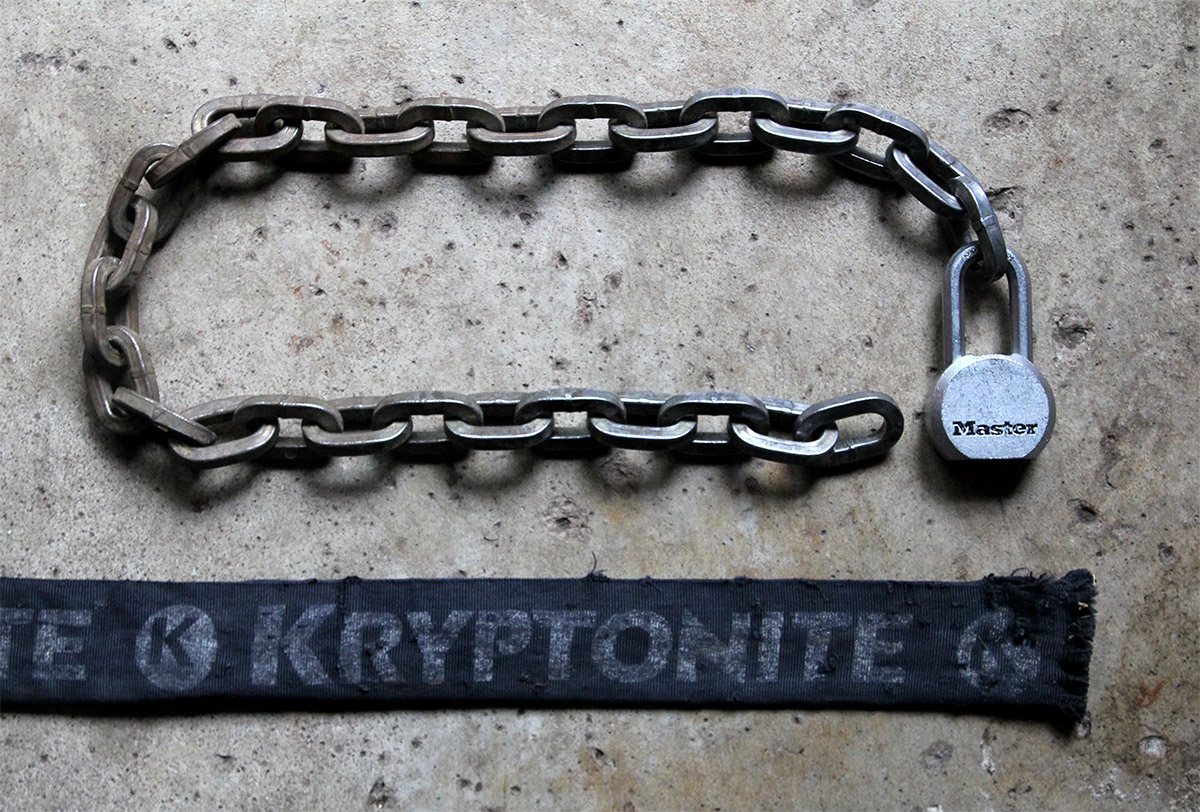 The chain endures. It alone weighs more than 5 pounds, and I wear it looped around my shoulder and under an arm. The heft is somewhat bothersome, but you get used to it; there’s a price to get the strongest lock on your bike.

Today, Kryptonite sells a version of the lock I bought a decade ago. The Messenger Chain & Moly model has a manganese-steel chain with hard-to-cut, square-sided links and a strong padlock to match. $85, Kryptonitelock.com.

As the name hints, this lock was designed to be worn as a belt. It fits waists from about 24 to 44 inches, and the lock sits on your hips as you ride. Its chain, with 10mm hardened links, is similar to the Kryptonite model, though slightly lighter. 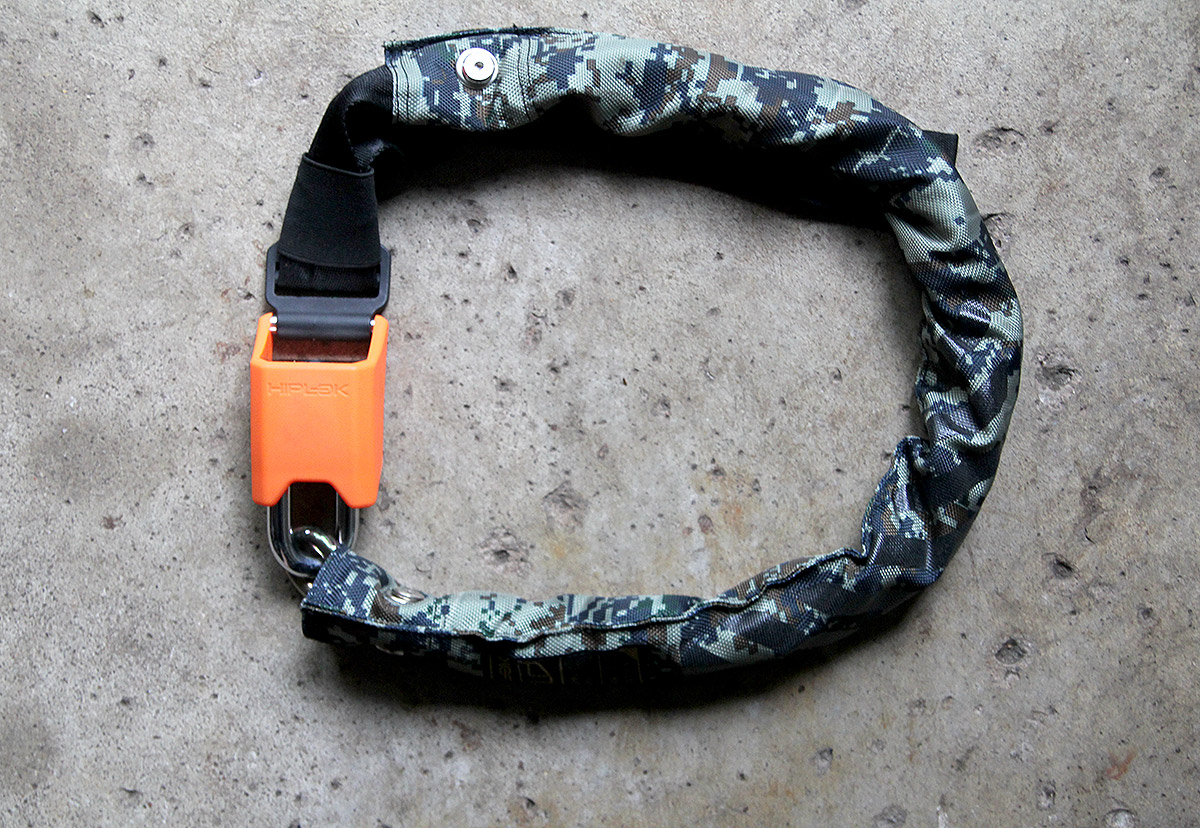 The whole package weighs more than 5 pounds, but it goes fairly unnoticed on the hips. A nylon cover adds some cushion as well as reflective hits for more visibility in car headlights at night.

One caveat: The belt loosened on long, bumpy rides. It was fine commuting in the city, but on a couple bigger adventures on the bike, with variable terrain and trails, the buckle would slowly slip and loosen, requiring a quick tightening when I stopped.

The padlock has a 12mm steel shackle, clipping securely to the chain to make locking a bike as easy as taking off your belt. $100, Hiplok.com.

Heavy and huge, this unit represents the upper echelon of the U-lock category. A 16mm square shackle that locks strongly into the base gives it a top rating on the company’s security scale. 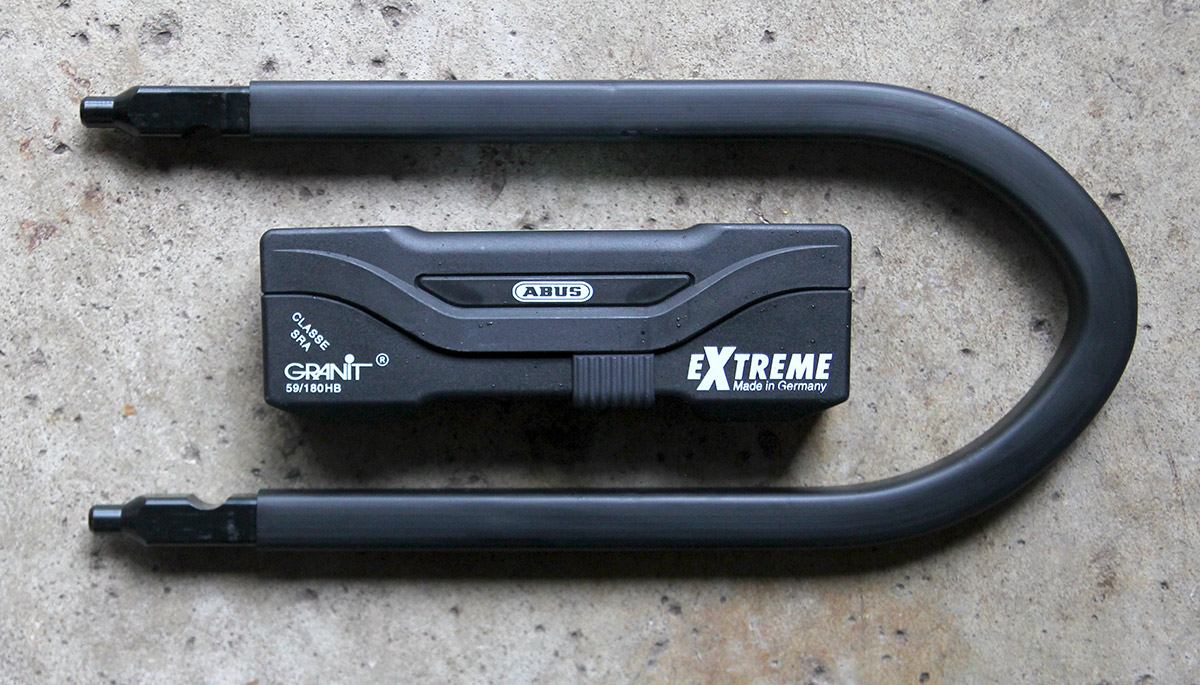 ABUS claims protection against “hitting and pulling attacks,” as the shackle, case, and elements of the locking mechanism are a hardened steel. Also, because of its square shackle and a double-bolting feature the lock takes two cuts to compromise — you cannot simply cut one side and twist it open in the lock body; a thief would need to make two cuts through the U shackle.

Finally, the key cylinder is designed to resist picking and drilling, two rare but possible methods to compromise a bike lock.

For all the security you do pay in bulk. Hauling the 6+ pound, 13-inch-tall lock around is a pain. You also are hit in the wallet, with this giant U-lock running an astonishing $275 or more online. Abus.com.

Up Next: Rock Climbing Set Him Free… Quitting ‘Cubicle Life’ For Crag