Is a mini speaker worn while biking an affront on fellow riders? Our editor ditched headphones to try listening to music in the open air. 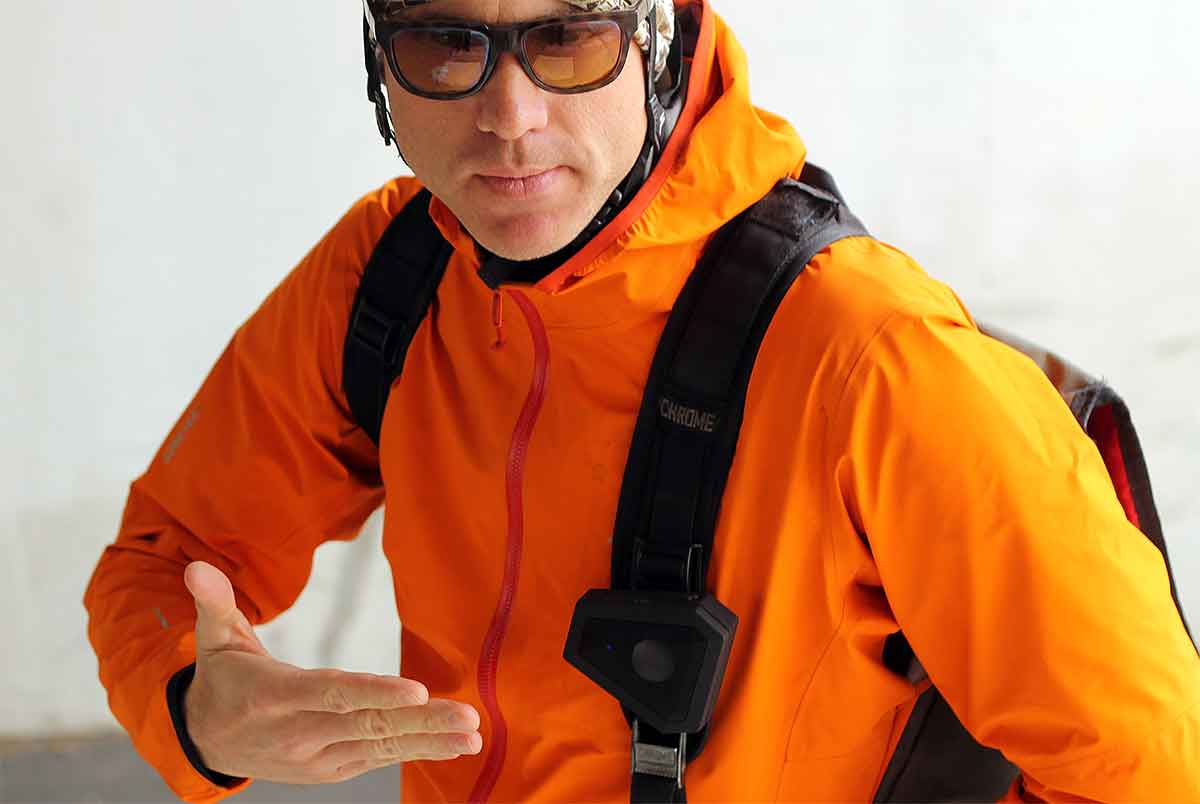 Wearing headphones while biking can be a bad idea, especially in urban areas. Your ears are an important part of a safety and awareness system when traveling through intersections and down congested streets.

That’s why Lief Storer, the founder of Boombotix, hand-built a tiny speaker made with toy parts, electronic drivers, and a walkie-talkie clip.

A trend of wireless, Bluetooth-connected speakers are seen on bike trails around the U.S. People are ditching headphones for audio pumped into the open air.

This type of speaker is also becoming common on backwoods trails and crags — a use we aren’t as fond of, especially in places where people expect an air of solitude and tranquility.

But in urban areas, where car noise and commotion are common, a small speaker adds little to the cacophony and can bring pleasant music to your ride.

Wind and ambient noise can distort and muffle music, but if mounted on a backpack shoulder strap or bike handlebars it’s easy to create a “bubble” of sound with your personal tunes.

Car drivers streaming by, windows open, can broadcast their music to the world. So why not bikers? Granted, you should keep the volume reasonable, and be prepared for some weird looks. As noted, we’re not fond of loud music in wild areas, so use common sense and don’t assume everyone else shares your taste in, or desire for, music.

But at normal volume, a personal speaker is a good solution for city bikers or anyone desiring a soundtrack for their ride.

Biking In ‘Bubble’ Of Sound

I have dabbled biking inside a “music bubble” as of late, pumping Deadmau5 or War On Drugs for portions of a ride, maybe some MGMT. The Boombot MINI has served as a solid companion.

The palm-size speaker has a strong clip on back. It pairs wirelessly to my phone, letting me run Spotify playlists or saved tracks.

The company touts a “power-to-size ratio unmatched by any other speaker on the market.” A max volume of 90 decibels is loud enough for any situation beyond gusting wind. Indeed, I rarely run it anywhere near full blast.

At $39.99, the Boombot MINI is the least expensive in the brand’s line. The audio is amazingly clear and loud for the speaker’s small size, though if you’re expecting big bass you’ll need an upgrade.

The unit is rugged and water resistant. However, it’s not bombproof — I dropped it one day and the front speaker screen popped off. (It clicked back into place easily, and I secured it with a tiny dab of glue).

One bummer: There is no microphone on the Boombot MINI, meaning you cannot take a phone call via the Bluetooth connection. This is a common feature on similar, but more expensive, portable speakers I own.

The unit has a lithium-ion battery that operates for about six hours between plug-ins. A mini-USB cord comes in the box, and you can plug it into a computer or wall outlet.

Buy the Boombot MINI if you need a no-nonsense speaker for biking, camping, or even use around the office or home. Hesitantly, I’ve stepped this year more into the open-air audio game, speaker clipped to my pack, and leaving the headphones at home.

Up Next: 800+ Miles Across Arizona, By Mountain Bike