Pedal, push, pump, repeat. Feel the burn from your tris to your thighs with a bike designed to help you feel like you look: Spec-freaking-tacular.

If I’ve said it once, I’ve said it a thousand times: If you want something to be better, add some random, unwarranted pumping and thrusting motions.

While most bicycle companies scramble to hit on the next big thing—think e-bikes, belt drives, or this sub-compact abomination—one upstart brand is taking my advice. Meet The Cardigo, the first—and I pray not last—full-body bike.

By adding a little “Hoo-yeah” to the hippity-hop, The Cardigo looks to be the best dynamic-movement innovation since, well…

Right now you’re probably asking yourself, “What the hell is going on here? What am I looking at?” I know I did.

In many respects, The Cardigo looks and performs like any other bicycle. It’s a stainless steel cruiser with three speeds, two cranks, and handlebars. But it also has an odd little knob on the top tube. 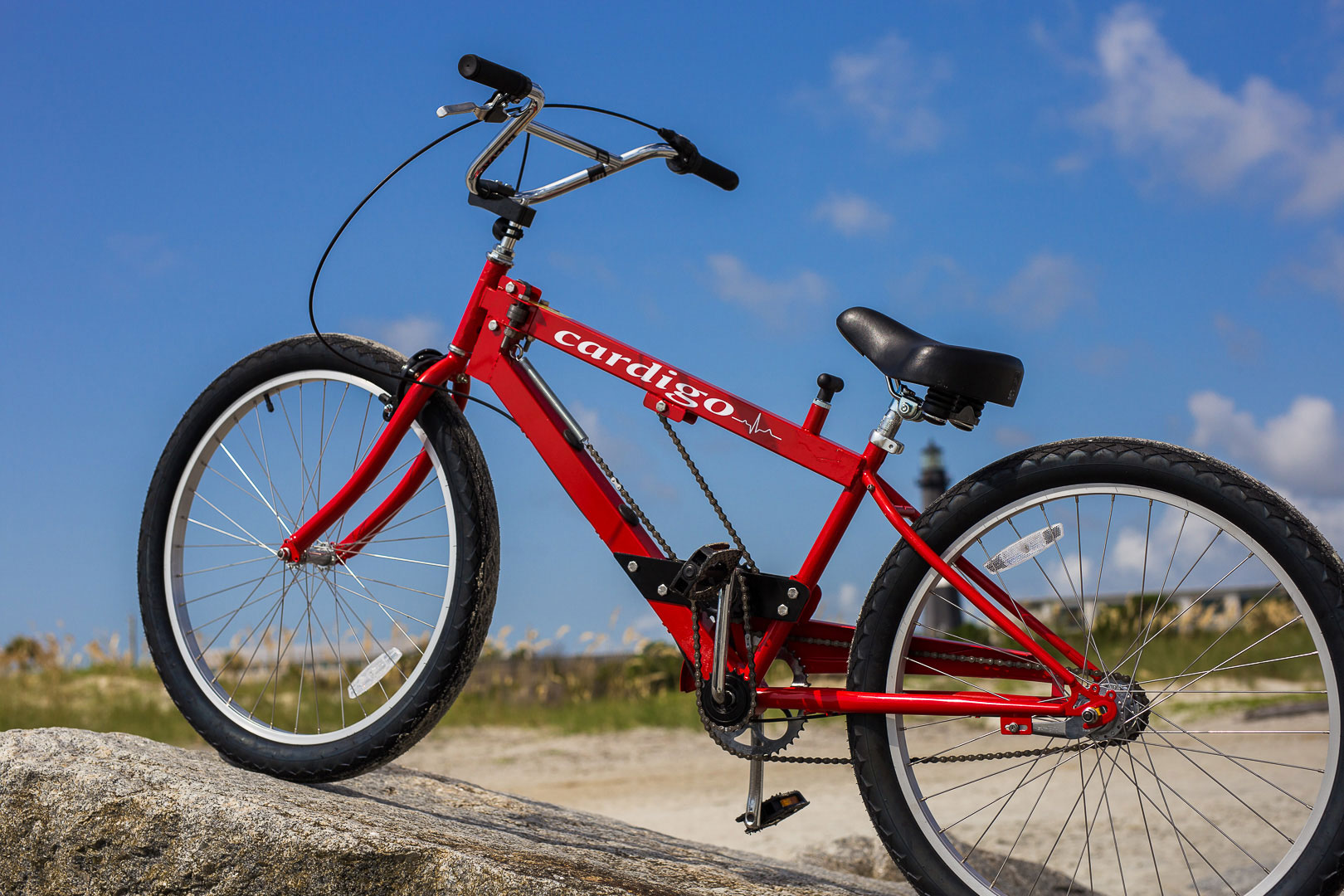 And if I’ve said it once, I’ve said it a thousand times: If you want something to be great, give it an odd little knob.

Give that little sucker a tug, and BLAMO! The Cardigo goes Beast Mode, telescoping the entire front end of the bike. Now, instead of just pedaling like a dweeb, you can also row your bike like a dinghy.

According to the brand, the front end extends up to 10 inches. And each thrust doesn’t just look cool, it helps propel the bicycle. So your shoulders, biceps, back, legs, AND ego get a pump. Check it out!

The idea, according to inventor Dan Ogden, is to “give people a new way of working out.” Well, after “working hard on this bicycle for the last eight months,” it appears he’s accomplished just that.

According to Shep Ogden, Cardigo’s director of marketing, this two-wheeled revolution will launch on Kickstarter by the end of summer 2018.

There’s no word on price, components, or other nonsense. But as long as it has that heave-ho and odd little knob, I know it’s going to be awesome.

Up Next: REI Beefs Up Co-op Cycles with Plus-Size Touring Bike