We first saw the concept of the Calfee Bamboo Bike DIY Kit at the Handmade Bike Show in 2013. Finally, it’s come to Kickstarter, and you can now build your own bamboo bike from a kit. 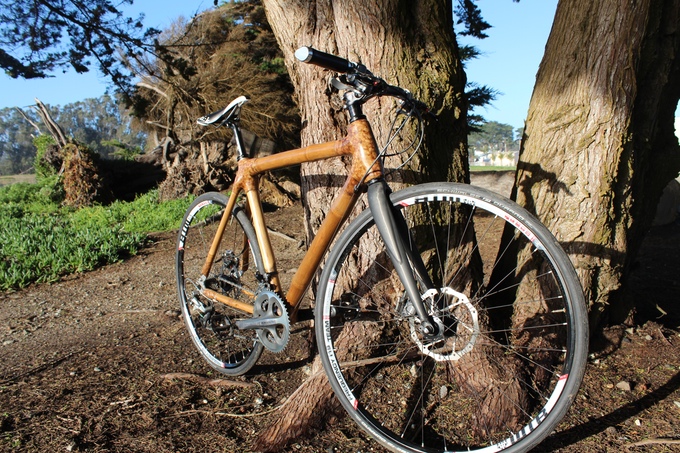 Bamboo may not be the most common or traditional material for a bike frame, but Craig Calfee — a designer who built his first bike in 1986 and went on to build carbon frames for Tour de France great Greg LeMond — has come up with a design that is durable, renewable, and can be built at home.

Bamboo is a remarkably strong material that is relatively light. It is a popular frame material each year at the Handmade Bike Show and has been successfully used on thousands of bikes around the world. 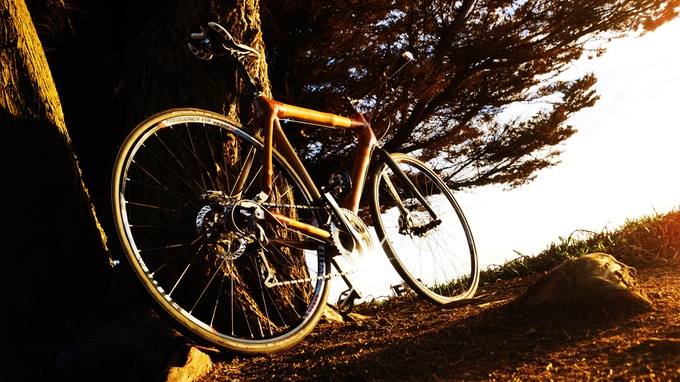 The renewable nature of bamboo makes it a highly sustainable material. Bamboo grows fast, and is easily harvested and re-grown the world over. Aficionados tout some of the best ride dampening characteristics of any frame material, plus a cool, natural, and unique appearance that makes this custom bike stand out from the crowd.

The Calfee Bamboo Bike DIY Kit is based on years of development. Calfee himself has brought the bikes to rural parts of Africa, where folks have learned to build these models themselves. 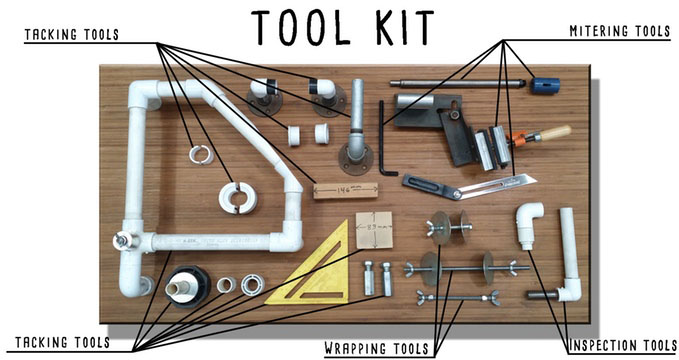 Now, he’s offering the kit on Kickstarter. Depending on the level of investment by supporters, the provided kit can include the most simple of materials needed to build your own at $90, up to a complete “Everything DIY Kit” that includes all the needed materials and tools to build a single bamboo bike for $3,200. 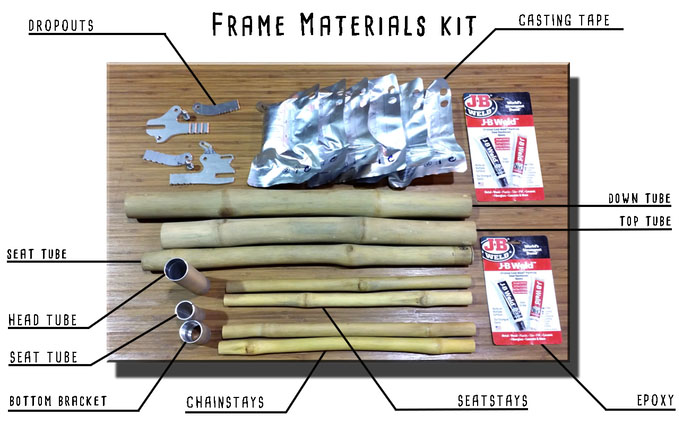 For the home bike builder who already has a work bench and tools around the house, the home DIY kit sells for $800 and looks like a great option, especially if you’d like to make multiple bikes. For the budget savvy with time on their hands, a one-month tool rental including the raw materials to build a frame is just $580. 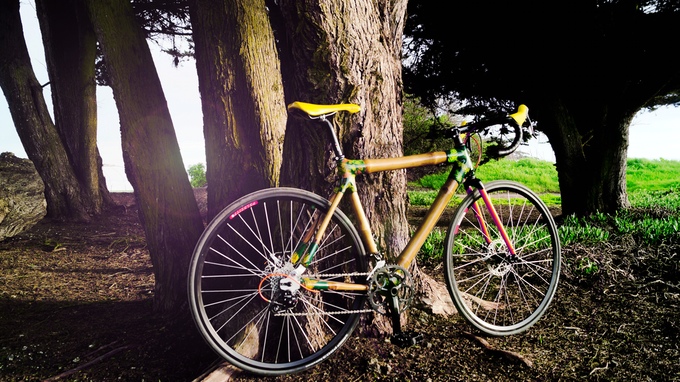 The bikes are made with bamboo posts joined with casting material, the same kind of material used to make medical casts for broken bones. Calfee claims it is stronger and easier to use than epoxy and fiber for joining the frame pieces, especially for beginning builders.

For the cyclist that wants a personalized work of art built with their own hands, the Calfee Bamboo Bike DIY Kit is a unique option.

Not only are you using natural materials for a bike frame, but you’re building it yourself. We see this as a fun project for the tinkerer and craftsperson, and could be an interesting option for educators, bike clubs, and groups like Scouts. The challenging project should result in a useful bike to be proud of.

Up Next: Plus-Size Monster, Refined Rubber At Frostbike Show