Washington state is a beautiful place. And for years, it’s been quietly building trails that may finally get recognized as among the best in the world.

Just outside Seattle sit two unassuming state forests. For residents of the region, Raging River and Tiger Mountain offer world-class mountain biking that few have ever heard of. But that could change as the emerging trail networks continue to position Seattle, population 684,000, as a hub of mountain biking in America. 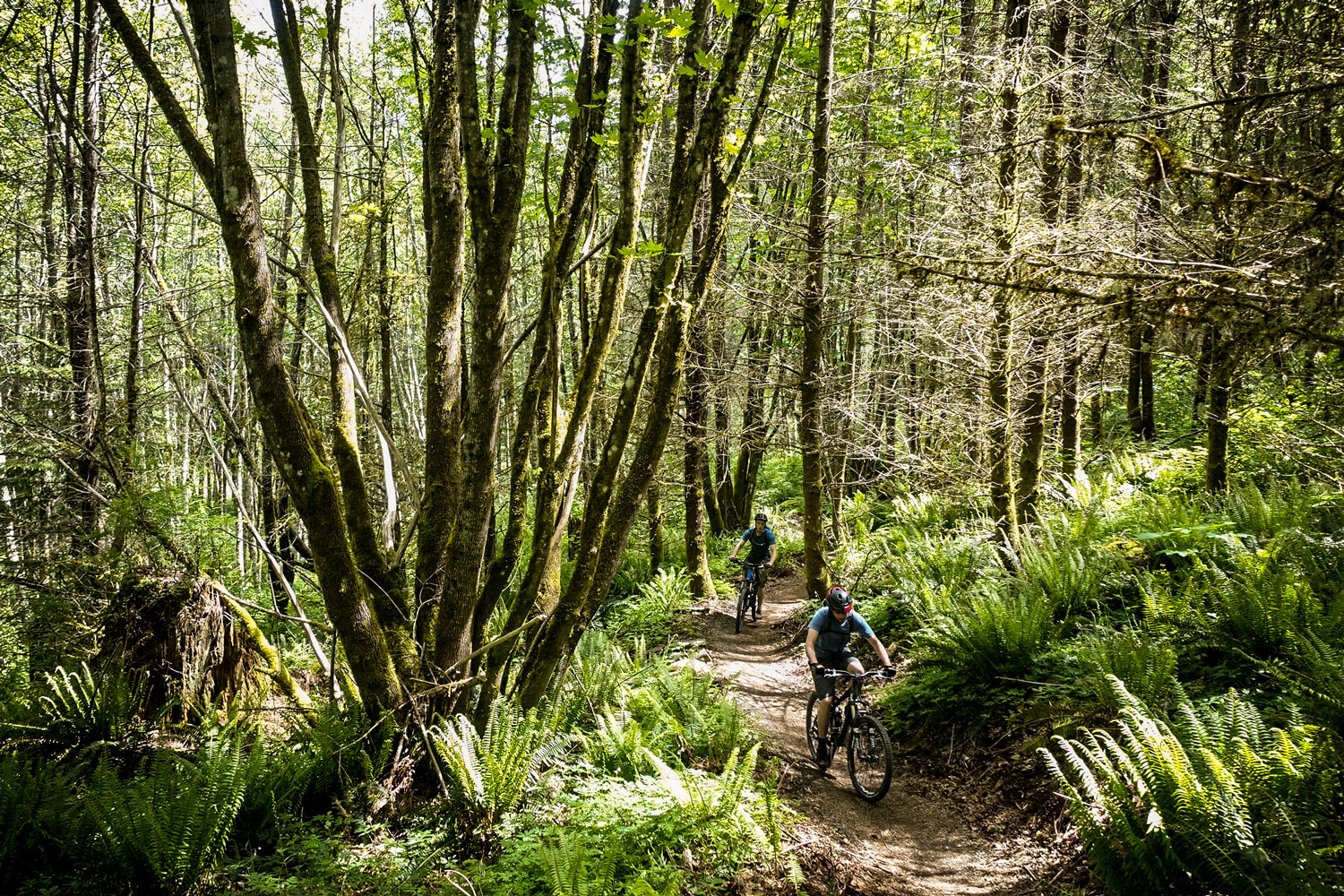 For 30 years, the nonprofit Evergreen Mountain Bike Alliance (Evergreen) has led the trail-access charge in Washington. It started as the Backcountry Bicycle Trails Club, which rallied in response to trail closures and a lack of riding around Seattle. Billing itself the “grassroots solution,” it advocates for keeping trail networks open to mountain bikers. It’s now the largest statewide mountain bike organization in the U.S.

Hydro Flask, which just launched its first mountain bike-specific Journey Series hydration packs, recently got behind the efforts. The brand has already donated over $500,000 in 2019 to support nonprofits in building, maintaining, restoring, and providing better access to parks.

Recently, Hydro Flask awarded Evergreen a $14,000 Parks for All grant to protect two signature trail networks: Raging River and Tiger Mountain, about 30 minutes from Seattle. The pristine, highly accessible state forest trails are among the most popular in the state. 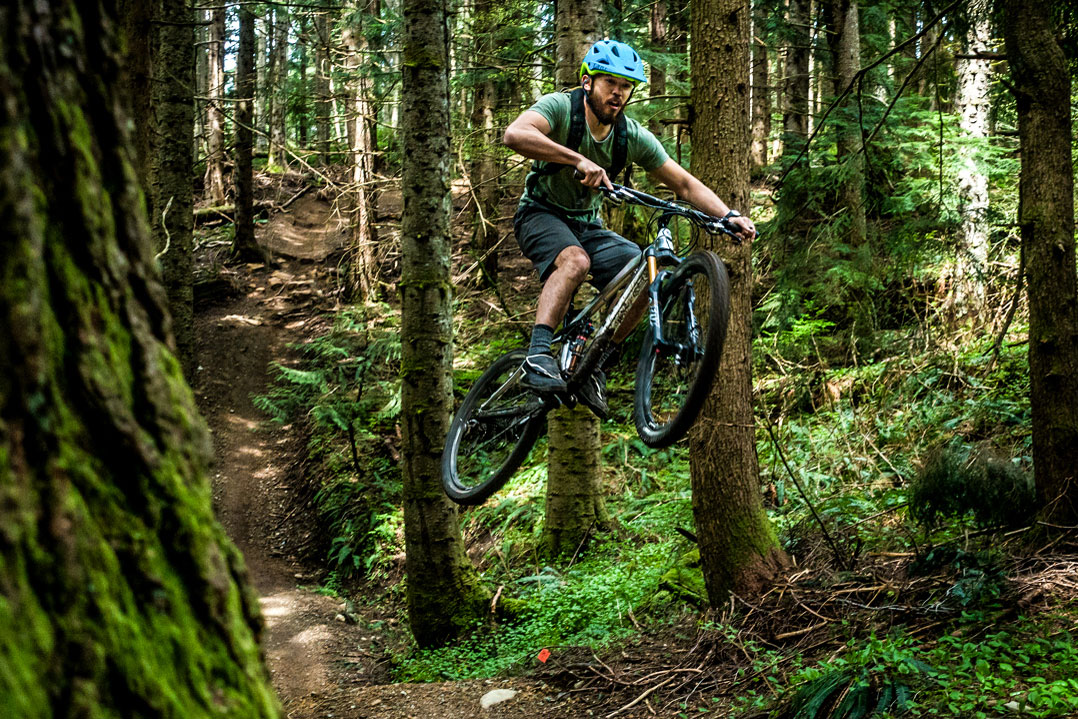 “This helps us protect directional trails tailored specifically to mountain biking,” said Ian Terry, who’s helping organize the grant-funded projects. “And it doesn’t get much better than that.”

While the grant represents only a small fraction of Evergreen’s over $2 million annual budget, the fresh funds are critical. After all, these trails are the standouts that bring bikers to the state and position it as a destination on par with other top MTB destinations around the country.

The funds keep the fun and safety in these increasingly trafficked trails, according to Terry. “Without proper funding, maintenance suffers. And then the quality of the trail system as a whole begins to erode — literally.”

Parks for All grant recipients must serve a larger purpose: ensuring that parks remain important places to recreate, relax, and be inspired. And these Seattle-area trails certainly deliver on that promise. Raging River, in the Seattle suburb of North Bend, comprises 17 miles of ridgeline trail in a lollipop formation. And from the Snoqualmie Point trailhead, a stacked loop accesses climbing- and descent-only trails. One might just be the gnarliest legal trail in the state.

But that’s just the beginning.

The Snoqualmie Corridor Recreation Plan calls for up to 40 miles of gorgeous, green mountain bike trail in the region. Eventually, Raging River will connect to Tiger Mountain, the second network benefiting from the Hydro Flask grant. Tiger Mountain is in nearby Issaquah, Washington. Mountain bike rides here range from technical descent-only trails and advanced downhills to quick loops and some lower-elevation spins.

“Basically, the most significant outcome of this Parks For All grant is that many of the Seattle area’s most popular trails are going to be more fun for more people this year,” Terry said. “And the trails will be more sustainable in the long run.”

The initial grant will help support several full-time trail crew staff. They’ll work on trail drainage and brushing as well as rebuilding corners, berms, drains, and technical features. But in order to be successful, the Hydro Flask Parks for All grant requires a volunteer labor match of an equivalent amount. Luckily, turnout is already trending strong: Over 45 volunteers came out to Tiger Mountain on a recent cold and rainy Saturday. 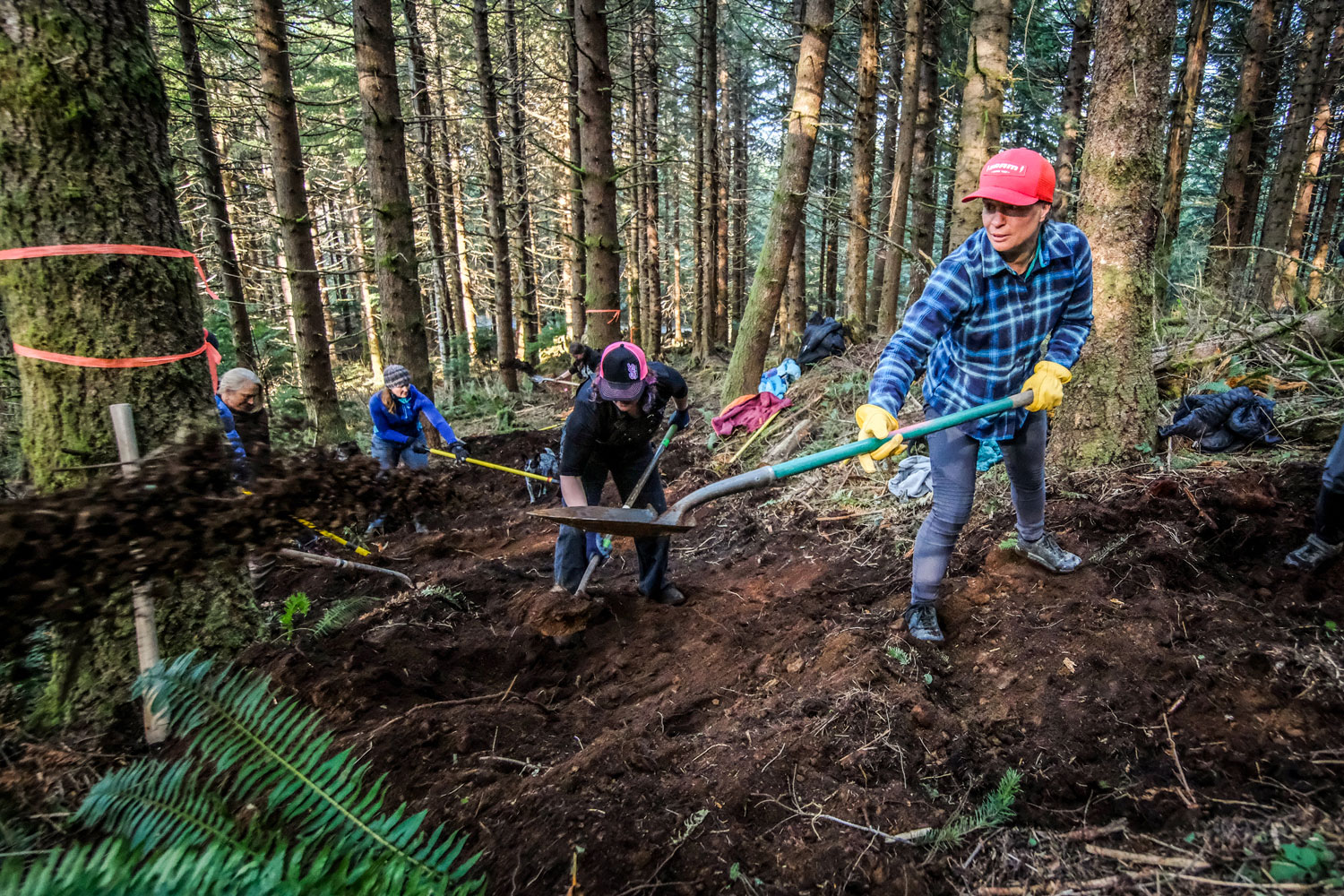 Yet the Seattle-area Raging River and Tiger Mountain mountain bike networks are just a hint at what’s still to come. Last year alone, Evergreen donated more than 26,000 volunteer hours to trail maintenance and construction statewide. In the past few years, the longstanding MTB alliance has built singletrack from the small town of Seabrook on the Pacific Ocean to Alpine Baldy, a meadow at 5,000 feet in the Cascades, to Methow Valley, farther east and with a much more arid climate.

“There just aren’t many places in the world where you can ride in a loamy, fertile, old-growth forest and a high desert plateau with big rock lines all in the same weekend,” Terry said.

This article is sponsored by Hydro Flask. Check out the brand’s new Journey Series insulated hydration packs, made specifically for mountain biking.