Home » Biking » Group to Give Away 9,000 Bikes in Minneapolis

Have a kid who needs a bike? Free Bikes 4 Kidz had a record year and will be giving away nearly 10,000 rides for free this weekend. 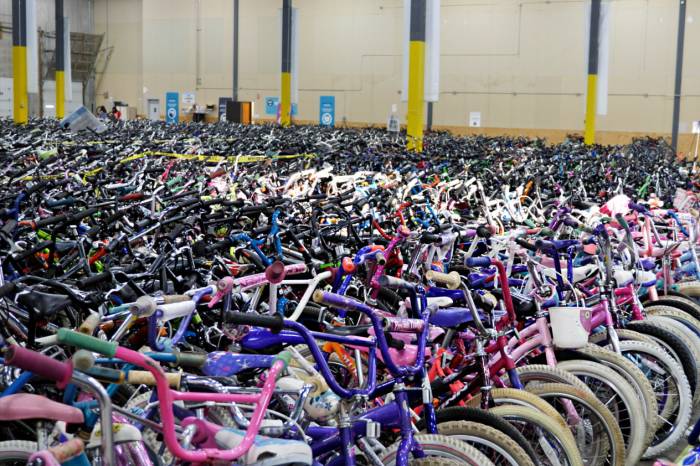 A full 40,000 square feet of wall-to-wall bicycles sit in a warehouse just west of Minneapolis. This weekend, most of them will find a new home when the warehouse opens its doors. And when it does, the entire inventory is free.

It’s all part of the mission for Free Bikes 4 Kidz, a multi-state nonprofit launched in Minneapolis. Now 10 years old, FB4K had a banner year, collecting more than 10,000 bikes around the country, the most in its history. And after a month of cleaning, wrenching, repairing, and replacing parts, each bike is ready to find a new home. 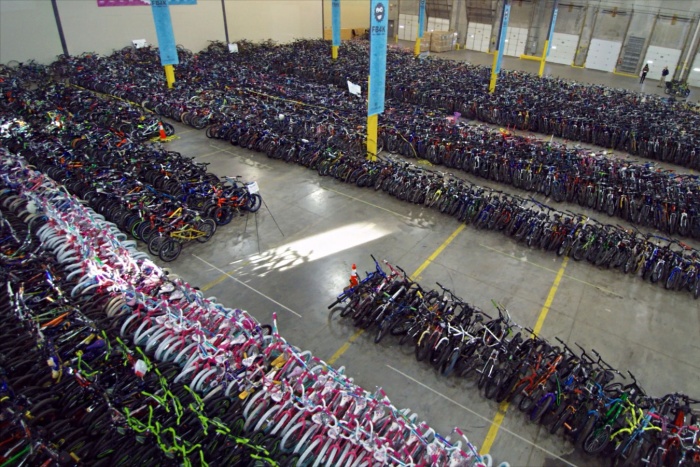 As FB4K’s home base, Minneapolis receives the lion’s share of donated bikes. In fact, Minnesotans brought in 9,136 bicycles in a single day for the nonprofit. Its sister programs in Wisconsin, Utah, and Georgia – now two years old – have brought or expect to bring in around 500 bikes each.

Founder Terry Esau says FB4K is unlike any other bike-focused nonprofit. Unlike other initiatives that buy bikes to give to people in need, his organization finds and fixes bikes that need a new home. 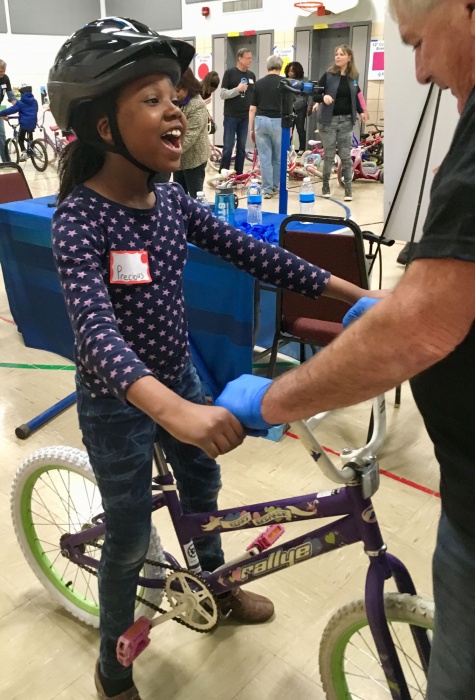 “We want to be green, take bikes out of garages that are just fine, and put them back on the streets,” he told us.

And that model is working. After fixing bikes in his own garage to give to local youth, Esau launched FB4K in 2008. That year, the organization gave away 250 bikes. This year, when all the numbers are tallied, he expects Fb4K will have distributed more than 50,000 in its 10-year history.

The group is on track. Two more locations, Portland and Eugene, Ore., are set to launch. And Seattle and Yakima, Wash., both have plans to open FB4K programs shortly after.

The mission of FB4K is not just to give away bikes. Instead, its aim is to ensure that those who need a bicycle have access to one. That means 2-year-olds up to grandparents are eligible to receive a bike through FB4K 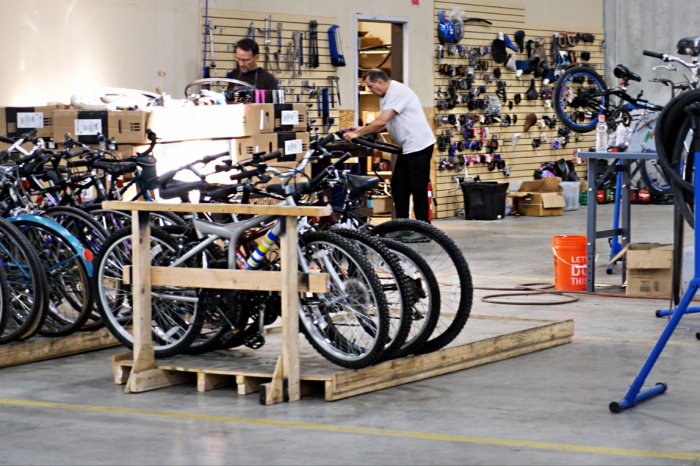 Esau told us FB4K vets and partners with CBOs (community benefit organizations) like the YMCA and Big Brothers Big Sisters, as well as churches and schools that serve low-income communities, to find homes for its bikes.

Donors send in old bikes gathering dust. Volunteers, divided into preppers and mechanics based on experience, sort through and maintain all the bikes. In Minnesota alone, it’s taken 3,000 volunteers a combined 20,000 hours to service the 9,000-plus rides brought in this year.

The rest of FB4K’s efforts are spent accepting applications by eligible groups to distribute bikes. Approved organizations select an individual to receive a bike, then sends info to FB4K – like the rider’s height, age, and gender – that help match rider to bike.

Then FB4K hosts Bike Giveaways, where approved families and individuals choose their perfect bike from the category matching their needs.

Minnesota will host its first of two giveaways on Saturday, Dec. 2, and its second event on Dec. 9. There’s also information on programs in Madison, Wisc., Salt Lake City, Utah, and Atlanta, Ga.

Don’t see your city? Email Terry Esau directly to get the wheels rolling.

Esau said, “Anyone who wants Free Bikes 4 Kidz in their city can go right ahead and contact me: terry@fb4k.org.”

Up Next: Wool Woes: Merino Pioneer Ibex Closing Down