A dirty (and widely-known) secret: The cycling industry creates new categories to sell more bikes. We see models labeled as gravel bikes, adventure bikes, endurance-road bikes, touring, cyclocross, and on and on. 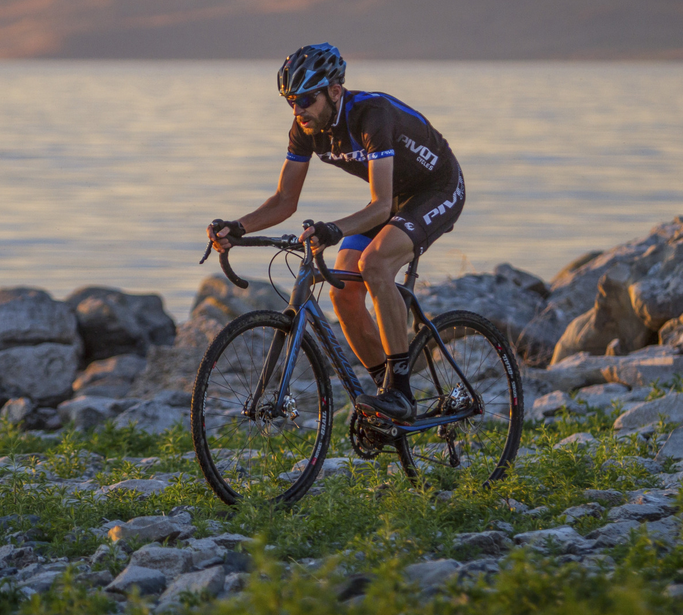 Technically, these categories are different, but not enough that it matters to most riders. The biggest differences are in the marketing. These similar machines trade out parts and tweak geometry, adding bigger tires or fender mounts, then christen it all as something new. Something you need.

Granted, we’re willing victims as much as anyone — who doesn’t want a new bike, and one that is dialed just for your terrain or medium of choice? But the industry knows it has gone a bit mad.

Bike Categories: Break It Down

Gravel, or “adventure” bikes, are synonymous. So we can cut through that BS right away. These two terms — “gravel” and “adventure” — are used interchangeably and they refer to the comfortable and stable geometry sought for the long haul.

These bikes have a long wheelbase, bigger tires, lower bottom bracket, taller head tube, and relaxed head tube angle. If you don’t understand all those terms, Google them or trust us that they just make a bike less “racy” and more comfortable.

Cyclocross bikes also look like road bikes, and they are also designed for rough terrain. But cyclocross is a competitive endeavor, and there are race versions of these bikes. They are stiffer, lighter, quicker-handling, and have better pedal clearance for high-speed cornering. They place the rider in a flat-back, aggressive position that is more aero and less comfy.

Essentially road and cyclocross bikes are the racy version of on- and off-road respectively, whereas “endurance” and “gravel/adventure” bikes are the comfort version.

But are there really four different bikes here? Would a rational person ever buy a cyclocross bike, an adventure/gravel bike, a road bike, and a road-endurance bike? No. The differences are too small. Stop the madness!

The best way to make a bike more comfortable on rough roads is to put bigger tires on and run them at lower pressure. That will always have more of an impact than a frame designed to be “laterally stiff yet vertically compliant,” a buzz-phrase in frame design that means the bike is strong and predictable when applying power, and when cornering, but when it hits a bump it feels comfortable because the rear wheel can travel upward a little bit without translating all the energy into the saddle. But you can save your money with a quick tire tweak for a similar effect.

We are fed up with being asked “what is the difference between a cyclocross bike and a gravel bike?” and having eyes roll back when we try to explain it. Some bike companies admit that the marketing machine has gone too far, so they are taking it on with bikes that don’t carry these labels.

Instead, the brands come out and say “this bike is for cyclocross, and gravel, and the road.” Honesty. Two of our favorites in this space are from Ridley and Pivot, and we have tested them both on the road and on the trail.

These bikes find the middle ground between aggressive and comfortable, technical riding and stability. They can be outfitted with skinny or wide tires. Both can be all four of the above-named categories with little compromise other than buying a second set of wheels.

Foremost, these bikes manage to feel light and fast on the road. They get stiffened up from thru axles front (15×100) and rear (12×142), and Ridley’s X-Trail goes so far as to design asymmetrical fork blades and rear chainstays (to account for disc brake size and force). The rear wheel is not far behind you like on a comfort bike — the chainstays are short on both bikes.

High-speed road stops are no problem as hydraulic disc brakes are the norm on any high-end bike in 2015. The frames weigh only a few grams over 1000, which is very light, so you don’t pay a weight penalty compared to other road bikes.

These ride great on the road, but what about a long gravel ride? Ideally, the owner of these bikes can buy a second set of wheels that allows a quick change from 25mm road tires to 40mm fatties.

40mm tires, the maximum size that fit, look like a narrow mountain bike tire, and they turn these bikes into something entirely different. (There are even hidden fender flares on the X-Trail.) Combined with the wider tires, the higher front end and slacker head tube provide enough stability and comfort to keep you smiling on a long bumpy day.

Both bikes have been optimized for electronic shifting. This is particularly awesome because when you are buying just one bike that can be used for many different purposes, it’s easier to justify a bigger spend on the best. Electronic shifting is indeed the best, and we encourage anyone who can afford it to invest.

The Ridley X-Trail is supremely versatile and well thought out. We love the little things that Ridley does. Above we mentioned that the company designed asymmetrical carbon layups for both the front and rear disc brakes.

There are road bikes that feel faster than this one, no doubt, but they are less comfortable, and you have to spend more than what this bike costs. It felt less stable than an endurance bike at extremely high speeds (descending a mountain), a symptom of the shorter wheelbase, but otherwise it was well-planted and predictable.

This bike made us feel like riding big miles. It was snappy under power and overall very stout. The bike was easy to get used to and feel confident on.

The Pivot Vault comes with savvy design highlights for which founder Chris Cocalis is known. Cocalis is among the industry’s most influential and talented bike makers.

All bike companies make claims about their carbon construction process being superior. But if we had to choose one to believe, Pivot’s claims would be our choice.

Pivot bikes are flat-out gorgeous on both the outside and on the inside where a revealing look at the bike’s secrets can be seen. The way they ride tells the truth, and they shine on the scale as well.

Despite being less versatile in some ways, the Vault feels more crisp under power. It felt a bit more racy than the Ridley. This is the one on which we’d rather race cyclocross. The Stans No Tubes wheels are easy to set up tubeless for less weight and less pinch flats.

The power was instant, which is important on a bike that is marketed as being comfortable, which can also mean “flexy”. Like other Pivots, the carbon is gorgeous — a bike worth stretching your budget to the upper build specs and keeping for a long time.

If neither of these bikes are “adventure” enough for you, maybe you don’t ride the road as much as you might ride off of it. Check out Cannondale’s new Slate. Cannondale deserves recognition for making a bold step in a new direction with its radical all-road machine.

Up Next: Rush Hour Looks More Pleasant In Copenhagen