Explore some of the state’s most scenic, out-of-the-way paths with these organized rides.

“There’s so much gravel in Colorado” might not sound like a ringing endorsement. But it’s a serious compliment coming from a gravel grinder like Zack Allison, co-founder of FoCo Fondo, an event company based in Fort Collins, Colo.

Gravel grinders — races and rides on mostly unpaved or backcountry roads, such as gravel, dirt, and singletrack — are rising in popularity. They require gravel or adventure road bikes that can handle off-road scenarios but still speed along paved paths.

Whether you’re already a backcountry cycling expert or just looking to change up your two-wheeling routine, these four rides around the state are a great introduction to the world of gravel grinding. 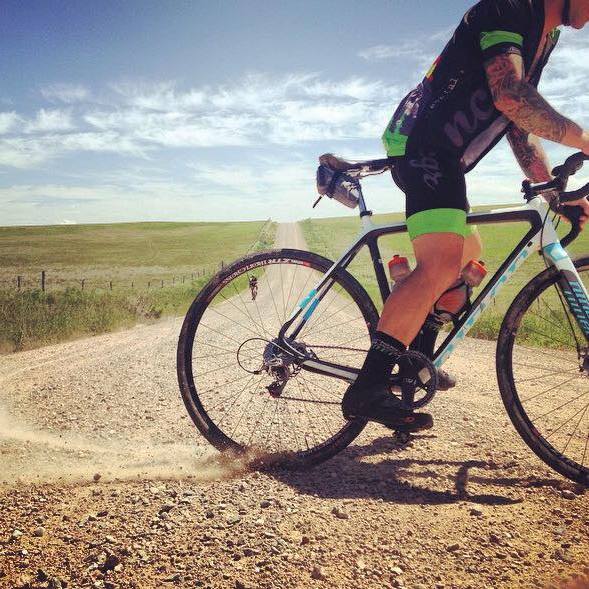 There’s nothing more Colorado than a bike ride based around beer. The FoCo Fondo begins and ends at New Belgium Brewing Company in Fort Collins. Choose from 12-, 25-, 50-, and 100-mile routes (the two shorter distances are considered family-friendly) that weave along unpaved roads in northern Colorado. Afterward, enjoy a full-on festival at the brewery with food trucks, live music, games, and more.

A portion of the August 4 event’s profits will benefit afterschool and summer programs run by Fort Collins’ Safe Routes to School. Registration fees range from $30 to $90 depending on your age and chosen route length. 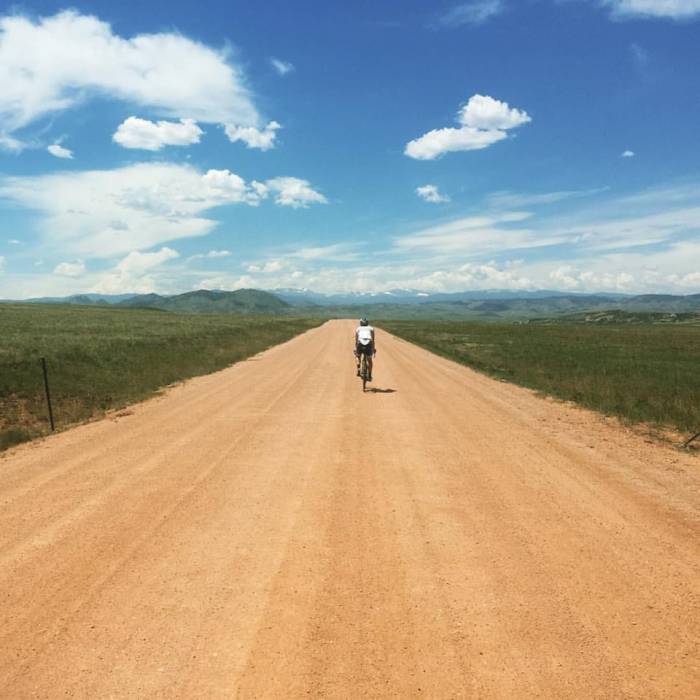 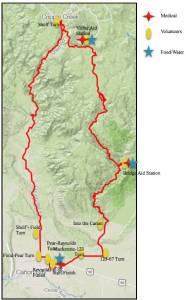 This ride sounds punishing for a reason: The 67-mile loop gains 5,000 feet as it ascends from Cañon City to Cripple Creek before finally descending Shelf Road to the Winery at Holy Cross Abbey. Registration for the September 30 ride is $95.

This is technically a race, as there are awards and cutoff times. But it’s also timed to coincide with the winery’s Harvest Fest, so you can make it as intense of a day as you want. Just know there will be wine waiting for you at the finish — so long as you make it there by 5 p.m.

The Steamboat Ramble stretches from Fort Collins to Steamboat Springs, covering 218 miles, only 35 of which are on pavement. Did we mention that the route also climbs more than 20,000 feet over three days?

Yeah, this is a ride for serious cyclists, but it’s also ideal for bikepacking newbies. That’s because this semi-supported ride — one of three started by Peter Discoe — requires you to carry your tent and sleeping gear, and that’s about it.

The $400 registration fee includes three nights of camping — in Red Feather Lakes, Walden, and Steamboat (fill a 50-liter bag and Ramble staff will tote it from camp to camp for you). There’s also a kickoff event the night before the Ramble begins, three days of food, a final-night dinner and party, and plenty of beer.

It’s a noncompetitive event, meaning riders can travel as fast or as slow as they want. The trek lasts from July 19 to 21 and is open to only 100 riders. Participants have access to medical support throughout the ride as well as a shuttle back to Fort Collins.

Gravel Grinder Tour of the Canyons

You have to pedal all 165 miles of this canyon-studded route from Grand Junction, Colo., to Moab, Utah. But San Juan Huts will take care of everything else. Pick any dates in October, and the Ridgway, Colo., organization will make your three-day, two-night ride a cinch. The $199 per rider fee includes two nights in bunk beds at Paradox and Gateway huts, which will be fully stocked with food (breakfast, lunch, and dinner), water, and sleeping bags.

Cyclists can even request beer or wine (for an extra fee) and find it waiting at the end of a long day on the trail. The route is suitable for serious gravel grinders and newbies alike, as there are large sections of blacktop and dirt road riding. Up to eight riders can stay in the huts each night. The only things you need to worry about are getting your bike tuned and organizing a shuttle back to Grand Junction.

Up Next: Specialized: This Is ‘Fastest Race Bike We’ve Ever Made’

Saving…
Specialized: This Is ‘Fastest Race Bike We’ve Ever Made’
Why Core Bike Brand 7Mesh Teamed With Lululemon
×