Itching for a fight? Start a thread on social media asking which is better: hardtail or full-suspension. I decided to cut through the rancor and get some cold, hard data.

The term “better” is so vague as to be meaningless. I love both hardtails and full-suspension for different reasons. I knew which I liked more for given terrain, but I wanted to nail down the matter with full objectivity.

With both a hardtail and a full-suspension Specialized S-Works Epic in my stable, I took most of September to ride them on both familiar and new terrain. This included a multiday trip from Telluride to Moab with Western Spirit Cycling. I also interviewed suspension engineers, product line managers, and those competing on the world stage for their views.

My approach was to define which suspension setup would be most efficient (fastest), which would help with skill development, and which I could squeeze the most fun out of. 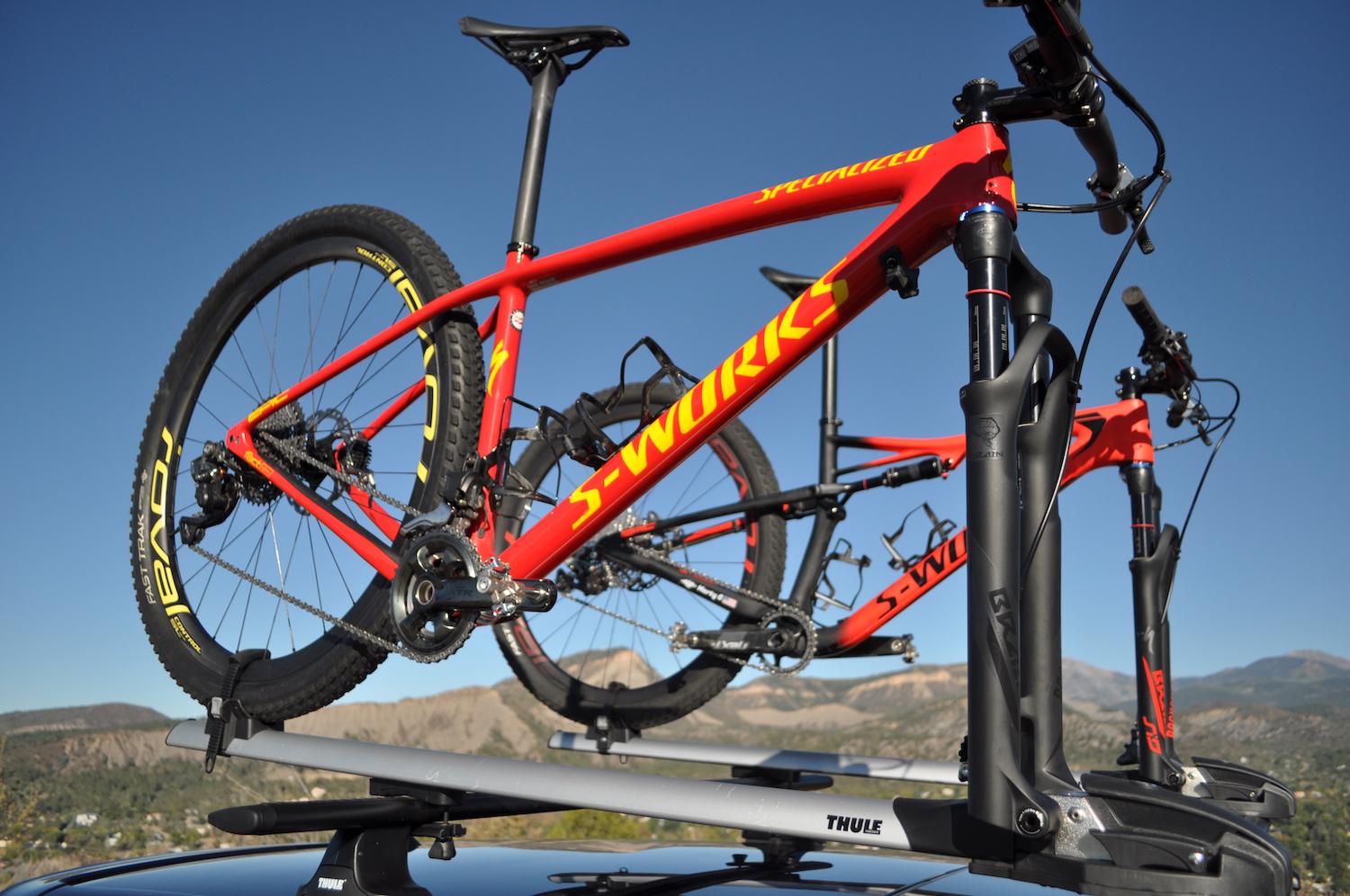 From the 1990s to today, Ned Overend has dominated cross-country mountain bike racing. To celebrate his 1992 win of The Cactus Cup in Arizona, Specialized created the S-Works Epic hardtail in the same color as the bike Ned used to win that race.

Living in Overend’s Durango, Colo., hometown and working for his shop, I felt the Epic an appropriate hardtail to ride for my test.

“In its day, The Cactus Cup was the equivalent of the Sea Otter, only with cross-country mountain biking being the whole focus,” Overend told me. “It was one of the biggest mountain bike events in the world.”

And the S-Works Epic’s full-suspension sibling is no slouch at winning either. Howard Grotts, also of Durango, used this ride to win South Africa’s 2018 Cape Epic and capture his second Leadville 100 victory. 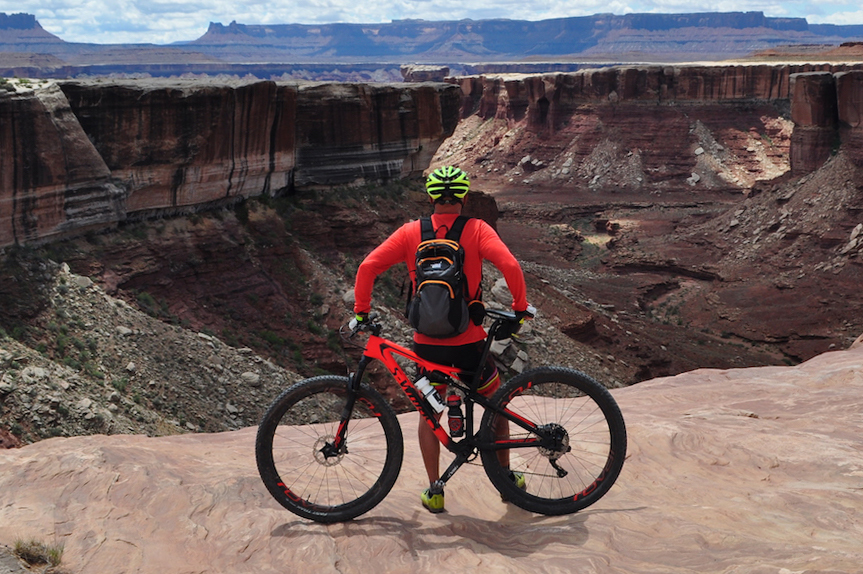 Both bikes share nameplate and construction. And the geometry is also almost identical, albeit with some key differences. The hardtail rocks a shorter chainstay by 8 mm, shorter wheelbase by 24 mm, and slightly steeper head tube angle by a few tenths of a degree. 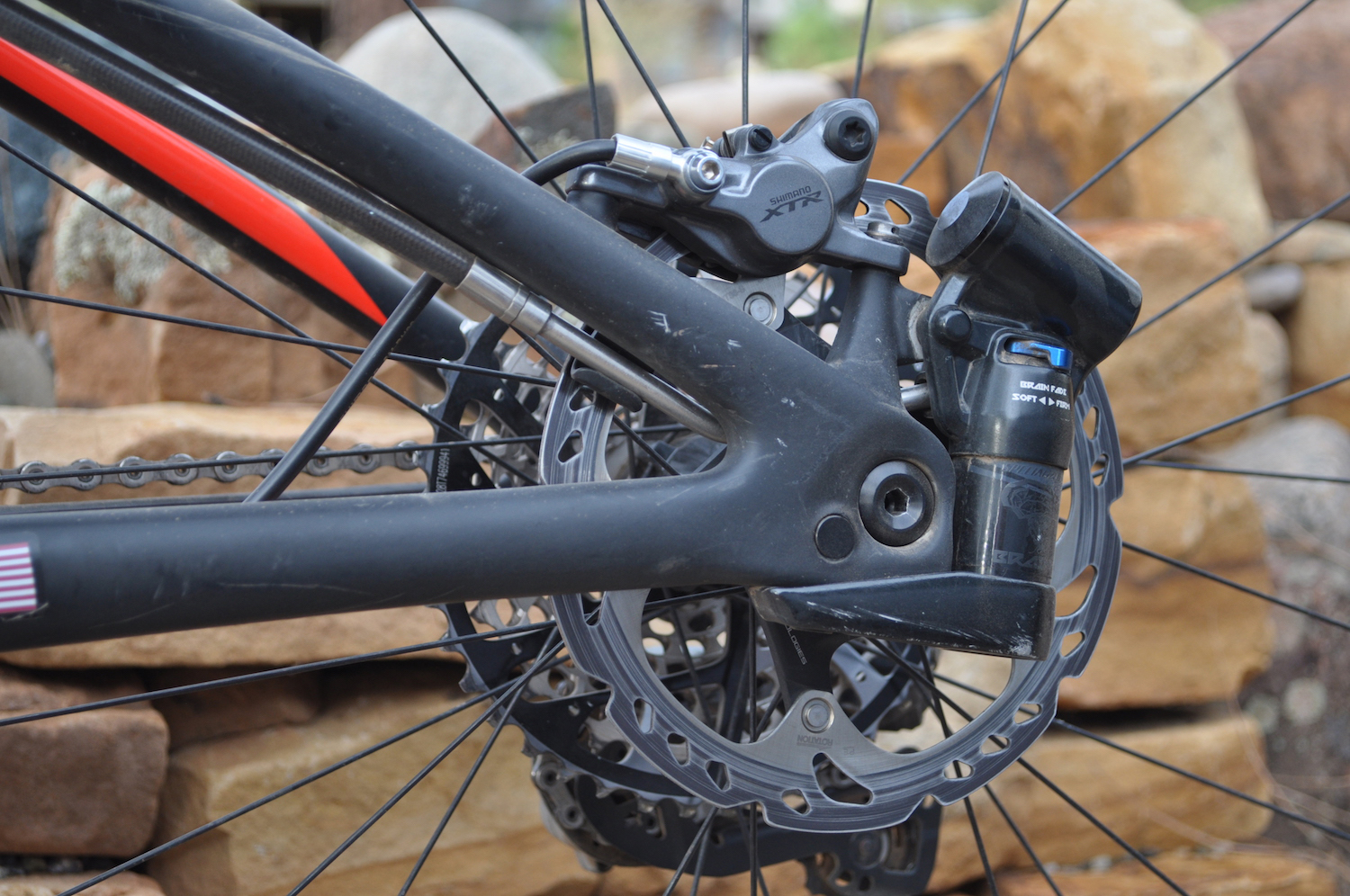 I also paid strict attention to tire pressure. In a past article, I dove into the physics of tire pressure and how to determine what is most efficient for you. For my weight, tires, and the terrain I ride most often, the most efficient window is 20-23 psi.

Knowing that Colorado’s intense solar gain can influence tire pressure by as much as 50 percent, I packed a digital pressure gauge on long rides. And on each ride, I checked tire pressure to ensure that I was in my sweet spot.

According to Brad Benedict, product manager for Specialized, the purpose of suspension is “to decouple the mass of the chassis and rider weight from the wheels in order to allow the rider to carry forward momentum with minimal interruption.”

In plain English: We want to move forward, not vertically.

If this sounds familiar to tire pressure, it should. According to both Benedict and Wolf Vorm Walde, director of tires and tubes for Specialized and former head of research and development for Continental Tires, tire pressure and suspension are closely related. Both serve to help the rider manage terrain and the amount of momentum that is carried forward. If you’re obsessing about suspension without considering tire pressure, you’re tackling only part of the equation.

How to Dial the Perfect MTB Tire Pressure

Despite your best efforts, the most efficient mountain bike tire pressure for you will be a compromise. We spoke with one of the world's foremost tire experts to learn how to get the most from your treads. Read more…

Hardtail vs. Full-Suspension: Which Is More Efficient?

However, my choice for four- to six-hour (and longer) rides on high-alpine epics was unquestionably the full-suspension. On climbs, the full-suspension didn’t exhibit the crispness of the hardtail, in part because it weighs about 3 pounds more. But my times were faster. Though it seemed counterintuitive, the objective stopwatch and power meter told a far different story than my subjective gut feel. 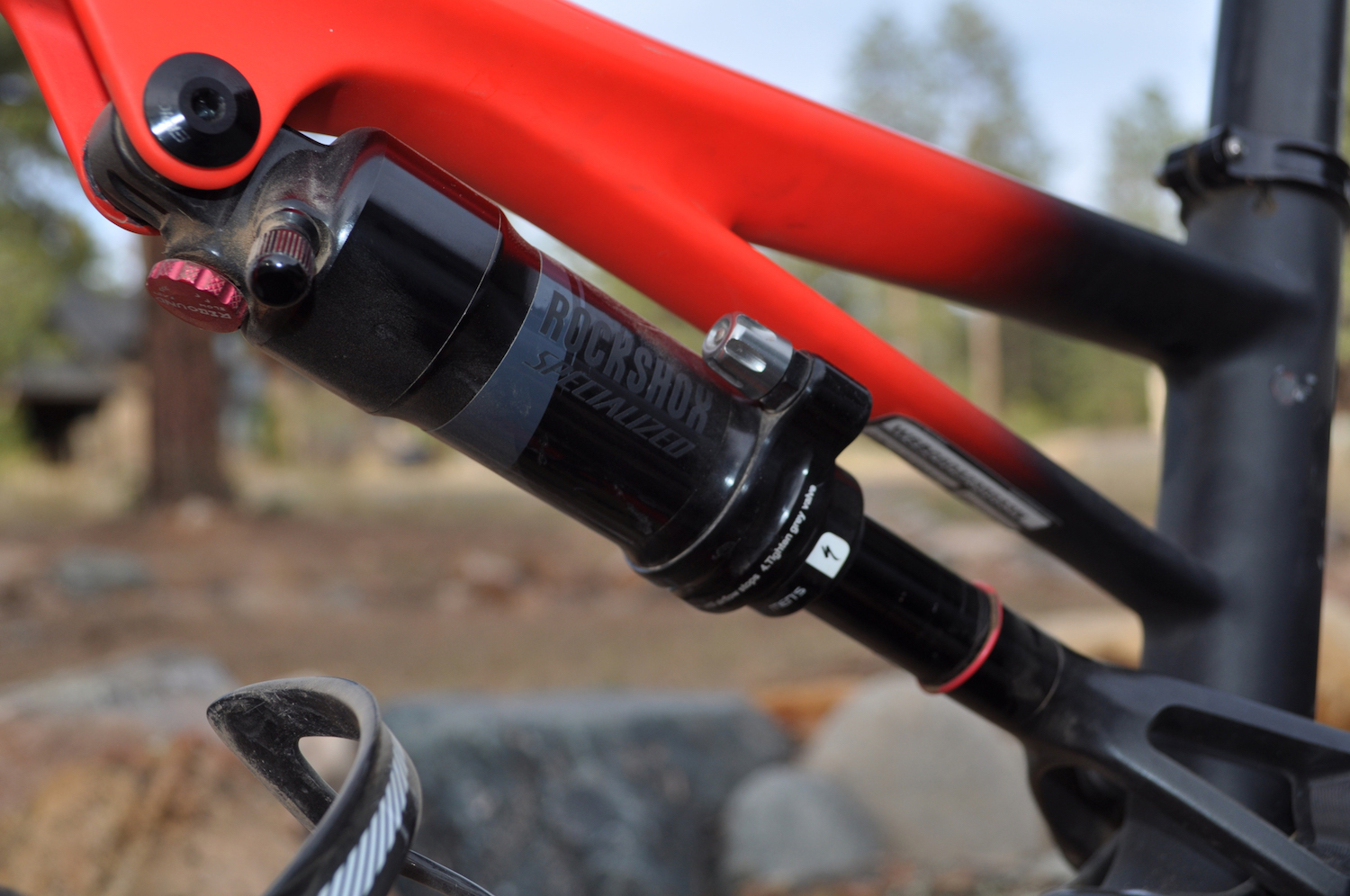 “A hardtail is great at acceleration but lacks efficiency with momentum carry,” Benedict said. “Speed is lost on a hardtail when hitting rough terrain that interrupts forward momentum. This is a big topic with our athletes and is very common. They may feel faster, feel more aggressive on the hardtail, but the objective data doesn’t support their feeling.”

As for a race perspective, Overend prefers full-suspension almost every time.

“I knew from having a background in motocross racing that there were benefits to full-suspension. It was just a matter of designing a system that was light and efficient,” he told me. “I started racing full-suspension around 1995 on the Specialized FSR XC. And I won the ‘98 and ‘99 X-terra World Championships on that bike.”

Still, Overend also said that if the course was smooth enough, the weight savings of hardtail could trump the prowess of a full-suspension.

And this year’s Leadville 100 MTB winner, Howard Grotts, made a last-minute decision to switch from his hardtail to a full-suspension bike.

“I decided it wasn’t worth it to ride the hardtail even though less weight would help on the climbs,” Grotts said. “I was happy to ride the full-suspension.”

He beat out second-place Kristian Hynek, a two-time Olympic medalist, by more than three minutes.

Again, “better” is a vague term here. What we’re seeking in this category is which setup helps riders learn to navigate obstacles with the least amount of rider input. 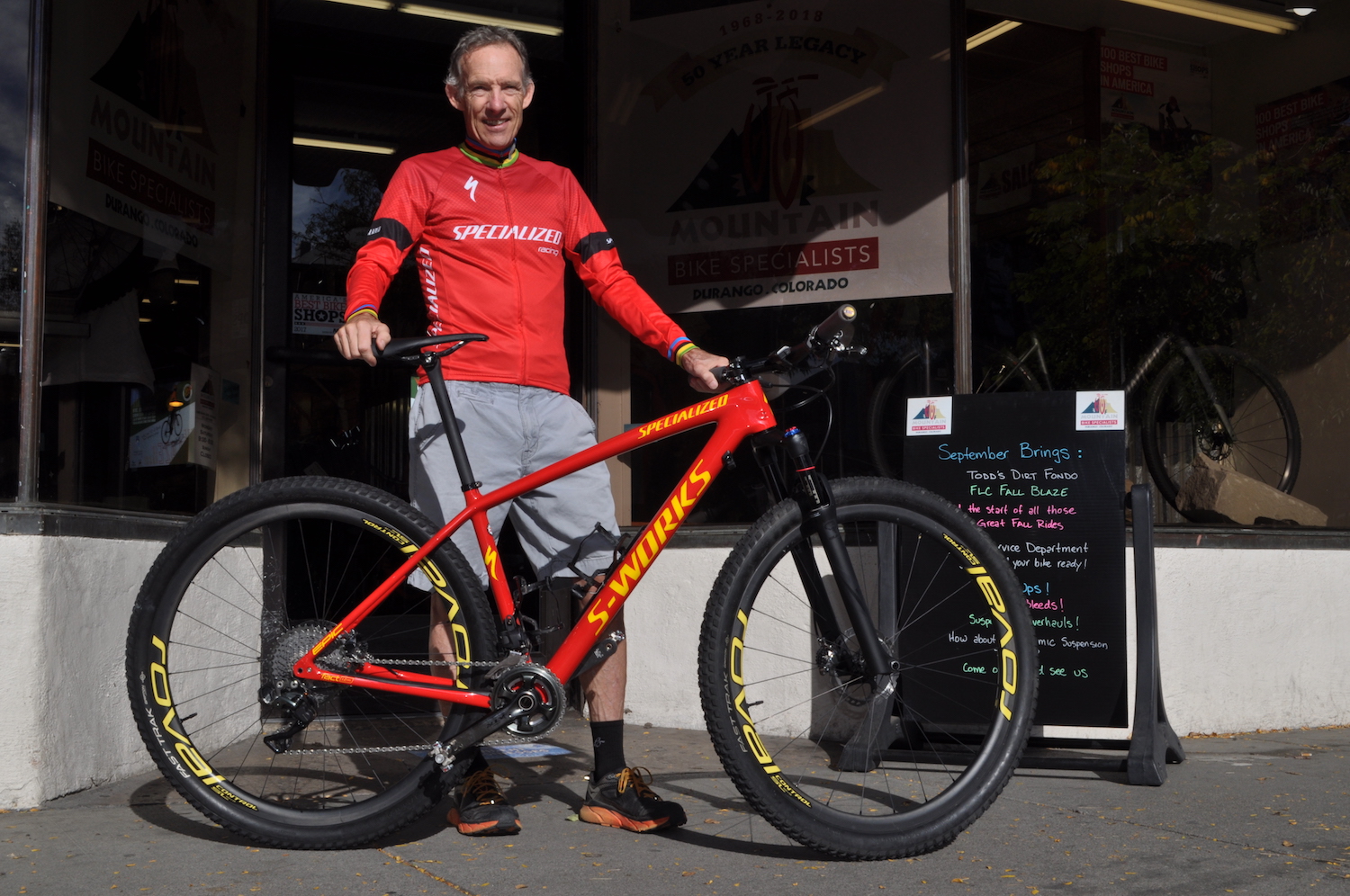 According to Overend, the most competent riders seek efficiencies in all realms —from technique to equipment, climbing to descending, and everything in between. In short, a skilled rider flows over terrain by constantly making micro-adjustments that keep their center of mass over the bike rather than making larger, more tasking motions. He emphasizes that while a fall or two is inevitable, being on the ground a lot means you’re riding beyond your ability and need more fundamental skills.

Lindsey Richter, director of inspiration at LadiesAllRide, has raced XC, downhill, super-D, and enduro. That diverse competitive background translates to a well-rounded range of abilities she can leverage on any trail. Now she travels the country teaching clinics for both men and women. Her insights on the matter are gold.

“I think hardtails force you to pay closer attention to line choice and finesse instead of mashing through stuff,” she told me. “I think they help you be more intentional and careful with your movements because they bounce around so much more and are less forgiving of mistakes. I’m not sure that makes you a better rider more so than a more aware rider.

“You still need a fundamental understanding of how to be balanced on a bike in changing terrain, and an understanding of body positioning and weight distribution to help your bike through stuff. Hardtail or full-suspension, you still need to understand the basics. And the main thing that will make you a better rider is riding a lot, and intentional, perfect practice with a specific goal in mind.” 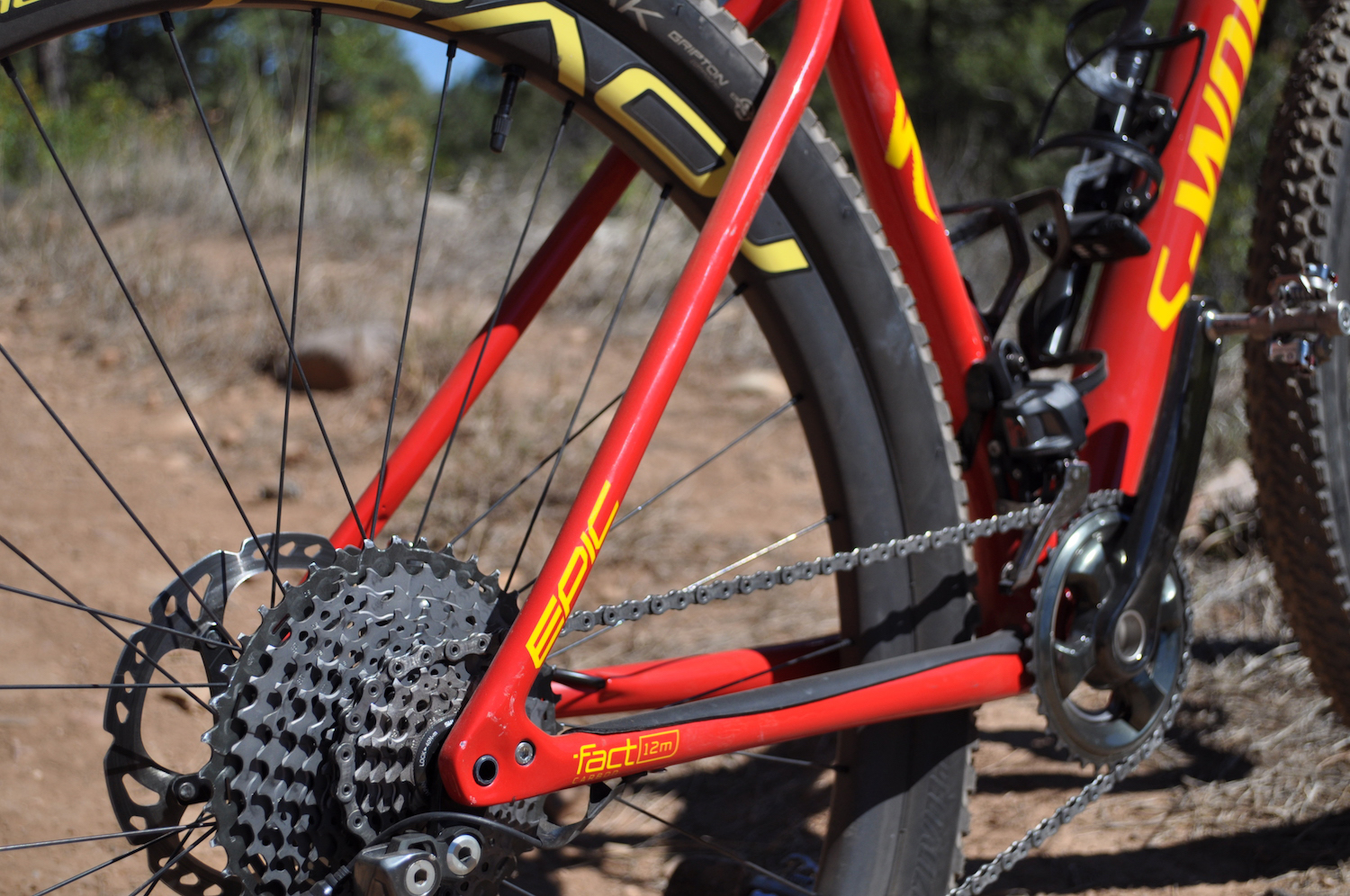 In other words, practice develops skills more than your bike choice does. But a hardtail, a bit more than a full-suspension, forces riders to focus on learning. Case closed? Not so fast.

“For me, this is more speculation and experience than it is backed up by fact,” said Luke Simson, lead tech professor at Specialized. “Each platform will help with certain skills on the bike.”

Simson said hardtails help him choose better, faster lines during climbs and descents, requiring him to find the smoothest path possible. But he also noted that the vigorous sensations and feedback transmitted by a hardtail can promote poor movement on the bike and hinder a rider’s downhill development.

Would a rider who is considering their first mountain bike purchase be better served with a hardtail where skill development is the only consideration? Coaches I spoke with agreed that a hardtail will make you a more focused and intentional rider. Essentially, it will spank you when you get sloppy.

As Richter said, “Good equipment gives more room for error. That doesn’t necessarily mean people are gaining skills on better equipment; it just means they’re getting less injured when they screw up.”

I don’t like getting hurt. Some view crashes as a right of passage or a badge of “real” riding. I look at it as a hindrance to my training and a stall-out in my development because my judgment, for a moment, was compromised. Getting injured sucks, it doesn’t win races, and it doesn’t allow you to enjoy your craft

For most riders, the hardtail wins in this category.

Which Is More Fun, Hardtail or Full-Suspension?

During my month of testing, one thought echoed through my head. It was something Benedict, Specialized’s product manager, mentioned. 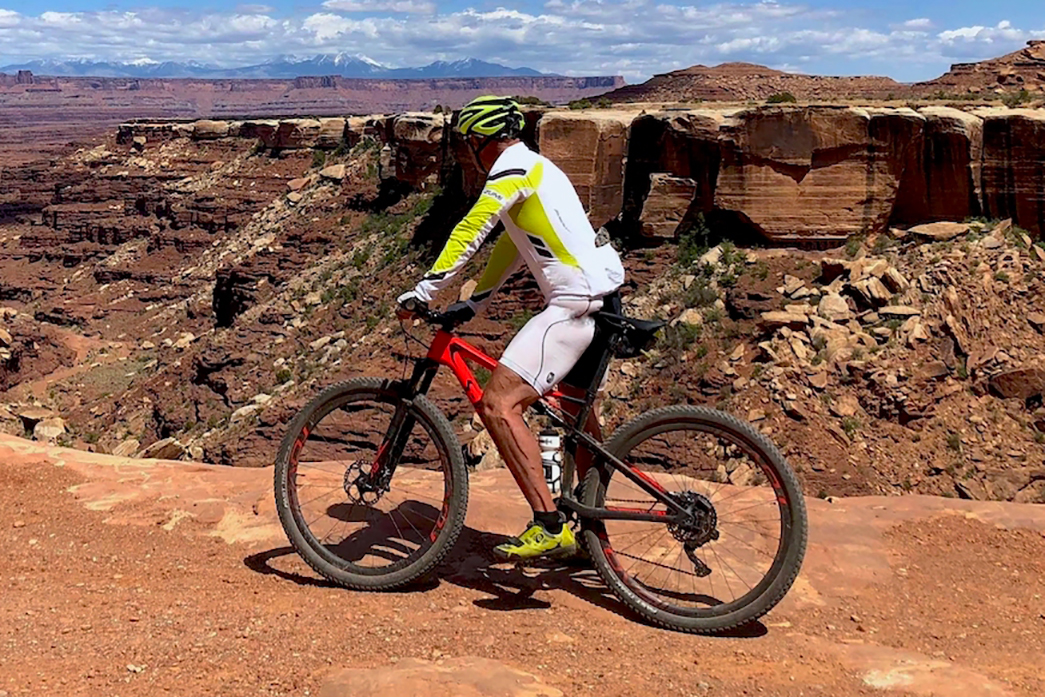 “Comfortable isn’t often efficient, but efficient is always the most comfortable.”

I want to believe that hardtails have a place. l love the acceleration and the crispness. It mirrors what I’m used to and agrees with my physiology. However, the evidence points to full-suspension as most efficient.

Fun is a highly subjective thing. If your background is as a motocross rider, you will inevitably gravitate toward full-suspension bikes. And a road rider would probably feel more at home on a hardtail.

The difference is due, in part, to a rider’s level of comfort. This category is a toss-up, as your mileage  — and preference — will vary.

Full-Suspension vs. Hardtail MTB: The Verdict 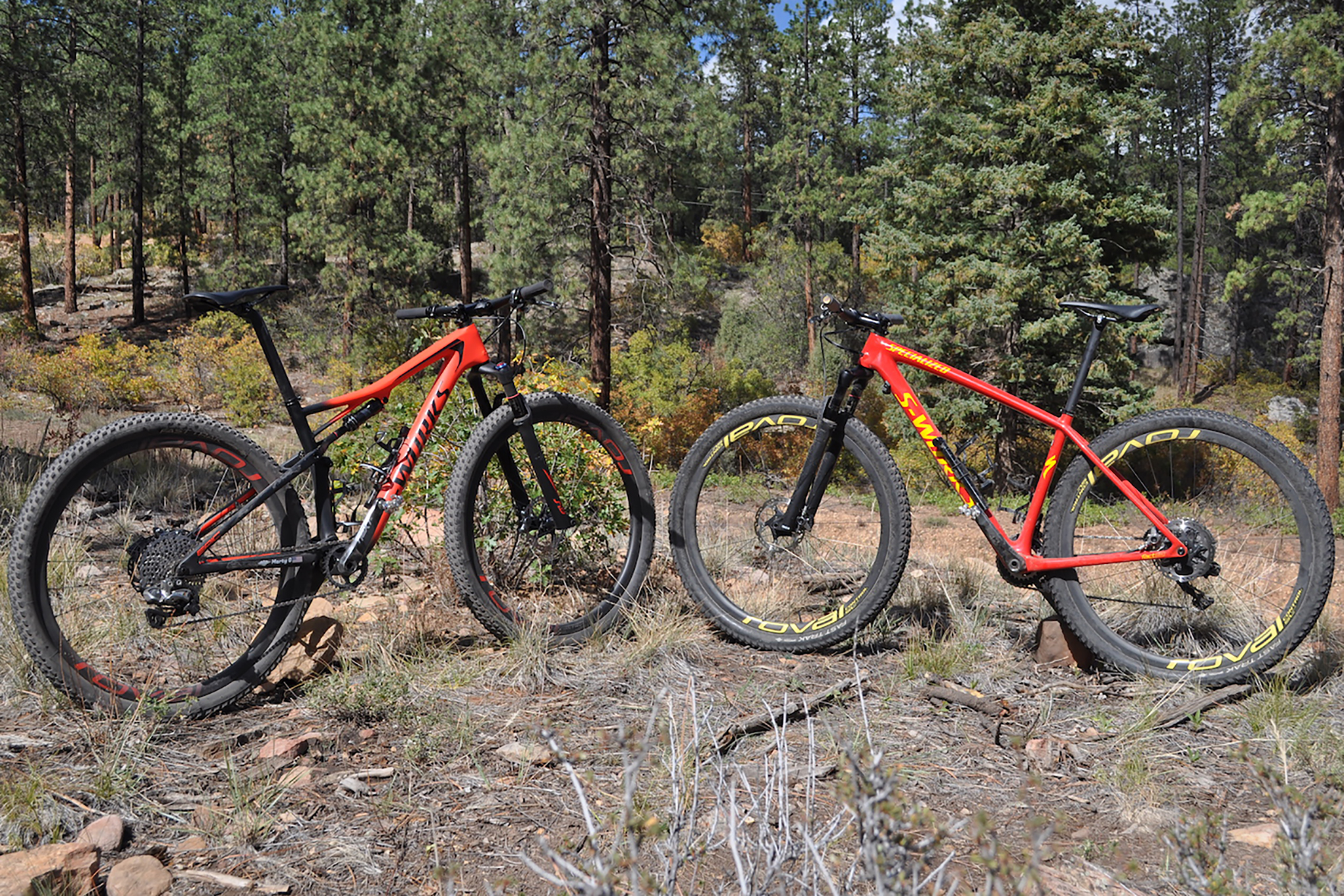 For each of the three categories — efficiency, skill development, and fun — there are elements of subjectivity. In each case, the guidelines presented can help direct decisions on which is the right tool for the job.

As anyone will tell you, regardless whether a hardtail or full-suspension is your perfect arrow, professional suspension tuning will allow you to realize the bike’s full potential and maximize enjoyment.

And the same goes for a proper bike fit. A good fit will optimize performance and help you achieve the greatest degree of performance, comfort, and fun.

I agree with both the professionals I spoke with that a hardtail is often the best choice for many first-time riders. With a hardtail, you get the most bang for the buck and a bike you will likely keep in your quiver for years to come.

But for more experienced riders and those tackling more rugged, adventurous rides, a full-suspension bike will not only improve fun and comfort — it’s almost always objectively the faster option.

Each rider has a different background and a different sensation they want from their riding. Fortunately, bike brands provide us with a variety of suspension platforms that satisfy every need.