Bikes take up a lot of room in a car, thus roof racks, hitch-mounts, and large vans become mandatory for traveling cyclists.

But this concept vehicle from Honda — the “Civic Tourer Active Life” — is designed to easily carry bikes and all the extras like tools, water bottles and riding gear. 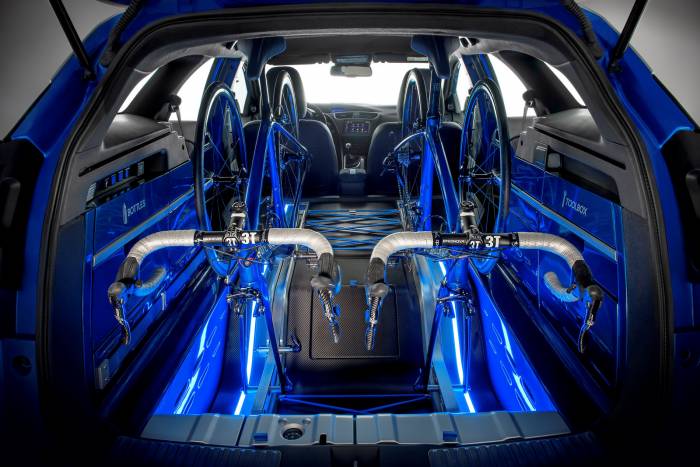 Based on the gas-sipping Civic Tourer (which is not available in the United States), the Active Life model will likely see comparable fuel efficiency — combined 45MPG for gas, or an incredible 75MPG for diesel engine models. 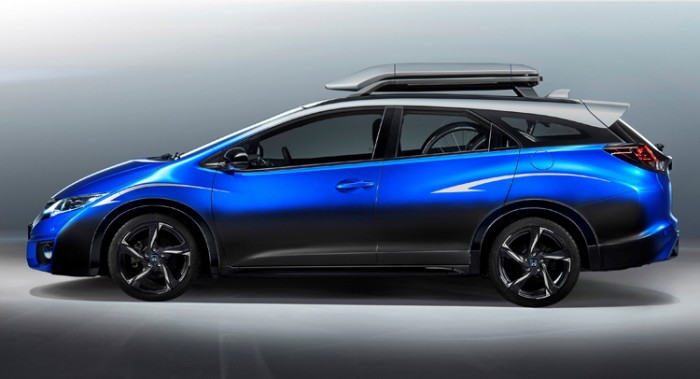 But the real magic in this model is the deep cargo bay in the back, which allows cyclists to easily store two bikes side-by-side.

Scheduled to debut at the Frankfurt Motor Show next week, the Active Life also has an integrated air pump, a large light on the tailgate, an extended shade area and a retractable bench.

Need to wrench your bike a little or prepare for a race? It also has a toolbox, bottle holder, water tank and a front wheel holder integrated within the trunk side lining. 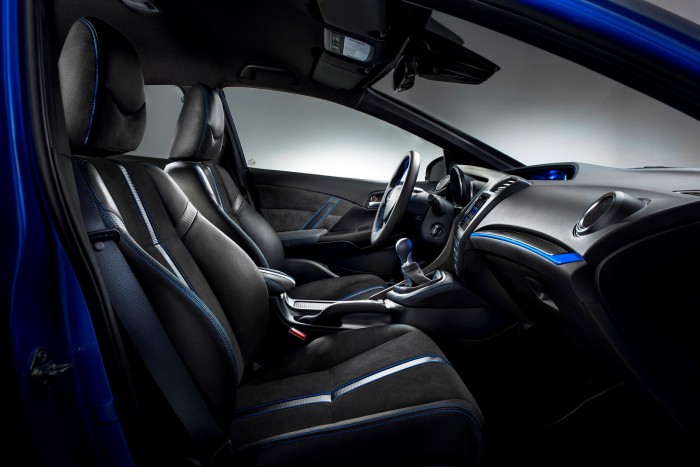 While this model is more a study in space maximization than a likely production model, it’s a slick concept that would be awesome for the traveling cyclist couple. But we’re wondering — where do you store the spare car tire?

Up Next: ‘Bike City USA’ And Its Quirky Riders