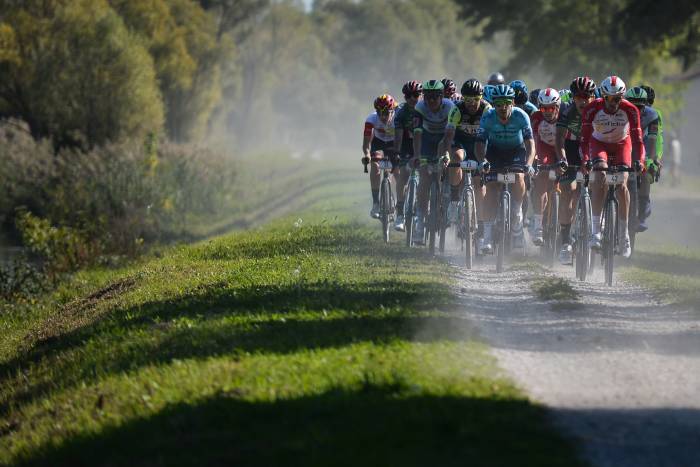 Here’s everything you need to know to catch the action in Italy this weekend at the first-ever official Gravel World Championships.

For 12 years, gravel cycling’s most prominent stage was a sideshow — as far as the Union Cycliste Internationale (UCI) was concerned. But that all changed when the sport boomed and the international governing body decided to sanction it. The first Gravel World Series ran last year, and now the first Gravel World Championships are right around the corner.

The dust will fly from this Saturday, Oct. 8, through Oct. 9 in Veneto, Italy. That’s a significant change from Lincoln, Neb., where the previous de facto global championships (the Gravel Worlds) took place.

As I write this on Oct. 6, course checking is underway in Veneto.

The racing proper kicks off at noon local time on Saturday. It’s the Women’s Elite (open category) race, and if you’re on the East Coast of the United States, you’ll need to get up plenty early to catch it. Noon in Italy is 6:00 a.m. EST. If you’re on the West Coast, you might want to pull an all-nighter on Friday.

Forty-eight “Elite” women will ride out Saturday before 138 “Elite” men take off on Sunday at 11:00 a.m. local time. Riders across age groups and qualifications start in tightly staggered pelotons both days, minutes apart.

Each Gravel World Championship route should turn some heads with historic scenery. The courses start at the UNESCO World Heritage Site of Vicenza, pass alongside Padua (with its 13th-century Byzantine cathedrals and other structures), and finish at Cittadella, a medieval walled city.

Whether northern Italians experience the same enthusiasm for gravel riding as Midwesterners remains to be seen. But many of the sport’s premiere athletes will appear: Peter Sagan, Nikki Terpstra, Greg van Avermaet, Pauline Ferrand-Prévot, Sina Frei, and Sofia Villafañe Gomez will all race.

What they’ll ride on could be interesting, too — you can show up with anything except an e-bike.

How to Watch the Gravel World Championships

Commentator Daniel Lloyd shared via social media that Eurosport and GCN+ will broadcast the action.

An update. We are able to show the UCI World Gravel Champs live and on demand in all GCN+ territories excluding Denmark and Norway.

They will also be available to watch on Eurosport and Discovery+ digital platforms. https://t.co/AA5CSsiuny

If you’re in Denmark or Norway, you won’t be able to watch it via GCN+. And if you’re on Roku, the network might not be the best bet — Global Cycling Network said in February that it was “working on Roku” but couldn’t give an exact date.

But there’s still hope. Lloyd also tweeted that you can watch the races on Discovery+. And the UCI will broadcast livestreams on its YouTube and Facebook channels.

And if you’re still not sure, check out ExpressVPN. The quickest way I can describe it is that it’s like the keys to the internet. The service “defeats content restrictions and censorship to deliver unlimited access” to most content from anywhere worldwide on a wide array of devices. (It’s pretty cheap, too: plans start at $6.67 a month.)

All set? Plop down for gravel action and crack a breakfast beer Saturday morning — if you’re the kind of person who needs excuses to do things like that, this is a great one. All podium ceremonies start at 4 p.m. local time.

The first-ever UCI Gravel World Champions will don the winner’s rainbow jerseys — instead of hoisting the pirate sword. 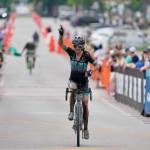 UNBOUND Gravel is a race like no other — 200 teeth-chattering miles across Kansas. Read on for an explanation and how to watch. Read more…