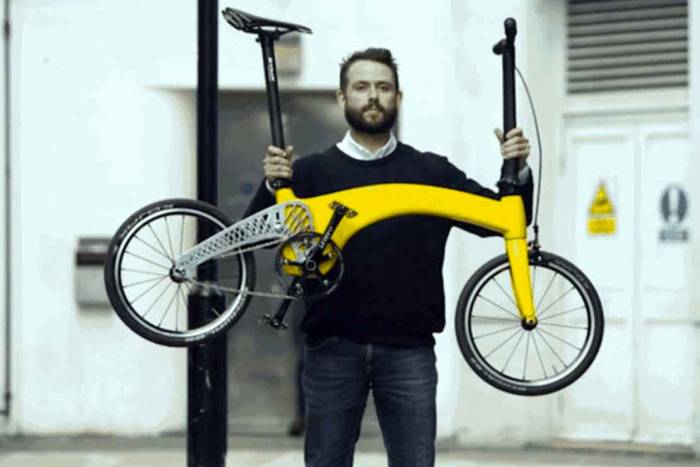 [leadin]A new folding bike aimed at commuters weighs about the same as road bikes used in the Tour de France.[/leadin] 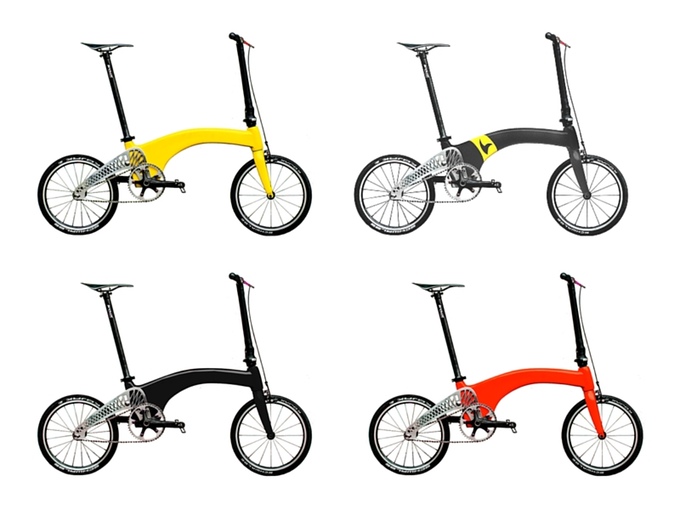 Today, Hummingbird Bike Company launched the “world’s lightest folding bike” on Kickstarter. It is significantly lighter than its nearest competitor. We’ve found other folding bikes in the 18-pound range. Below that they usually start getting weird and look more like scooters.

At 14.4 pounds, The Hummingbird is indeed light, weighing less than the Tour de France required minimum bike weight of 15 pounds.

The bike is manufactured and assembled in Great Britain. It is created using a range of technologies, including 3D printers and CAM machines from the automotive industry.

Light weight is a major bonus for a folding bike, which users often end up carrying into office buildings or stowing in the trunks of cars.

To fold, the rear triangle pivots around the bottom bracket, so the chain tension never changes. When folded, the chain is taut and can’t fall off.

The bike will be sold starting at $1,660, which is more than the time-tested Brompton. But at a little more than half the weight of the Brompton, the extra dollars could be worthwhile when carrying it up a few flights of stairs.

The Hummingbird is available in two versions: 16″ wheels or 20″ wheels; as a single-speed or five-speed; and in four colors, including yellow, red, black, and raw carbon fiber.

The Hummingbird will be tested under the ISO 4210 standard before release to ensure it’s safe to ride.

This looks like a significant evolution in folding bikes and we hope to get our hands on one for an in-person test in the near future.

For those willing to take a leap of faith on the lightest folding bike on the planet, you can learn more at the brand’s Kickstarter now.