Does the bike nut who has everything really have everything? Or, do they need one of these outrageously expensive Manual for Speed custom used bikes?

The world of bicycle commodification is a fickle place. At one end of the spectrum, incremental advances in technology create tizzies among “cyclopaths” obsessed with fractions of a gram.

At the other, coffee shop skulkers with pencil mustaches and Field Notes books muse about how Bianchi was “just better in the ‘80s.”

Ever get sick of it all and just want to ogle a bike for the sake of ogling a bike? Now’s your chance! The Pro’s Closet just posted three eye-popping rockets painted by Manual for Speed as used one-offs that boil down to art for art’s sake.

Some forms of self-expression cost nothing — that won’t be the case here. Each custom used bike gets The Pro’s Closet’s tantalizing white-glove treatment and tune-up. 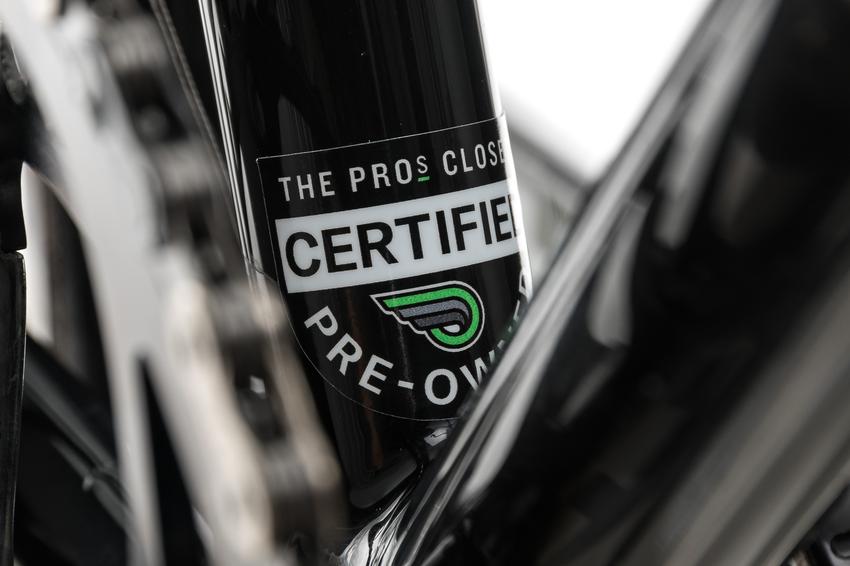 One look at this 2015 Argonaut tells you everything you need to know. A rainbow kitten surprise sparkle party galactic candy-painted wunderkind can speak for itself out there in the universe.

Kit out in Lisa Frank, snag a pack of Star Crunches from the corner store, and ride into the bonfire of your vanities on the Campagnolo Super Record 11 speed groupset and ENVE SES 3.4 custom carbon wheels.

ENVE also does the stem and seat mast cap characteristically in carbon.

Want a bike that sort of weirdly invokes possessed Danny Torrance (you know, “Red rum” Danny from “The Shining”)?

Want something a little more workmanlike? Check out the Breadwinner, a gritty gravel trekker that wears its scars on its sleeve.

Daniel Paisley, who runs Manual for Speed, told The Pro’s Closet this about the bike:

“People are always calling me the Grandfather of Gravel. They’re like dude, Daniel, you literally invented gravel riding and the gravel category which has been for over 10 years now the hottest, biggest, most epic trend in cycling since basically the wheel. And I’m like whoa whoa whoa sure, yeah, I mean, I guess I did give birth to the Rapha Continental from my brain in 2009 which does predate basically everything including Instagram and legit tire clearance.

“And as part of that project, we did collaborate with a bunch of handmade bicycle builders to build us a bunch of almost-proper shred sleds so that we could do things like ride through a mile of hub-deep Mississippi overflow and cross over knee-deep snow banks on unnamed gravel roads in the Wind Rivers at sunset on the way to a hot spring. Which, I suppose, ipso facto, does mean that I invented gravel. Obvs I’d never say that but … Anyway, gravel fans, you’re welcome.”

Check out the eye candy, as well as the rest of The Pro’s Closet’s mouthwatering custom used bike inventory.