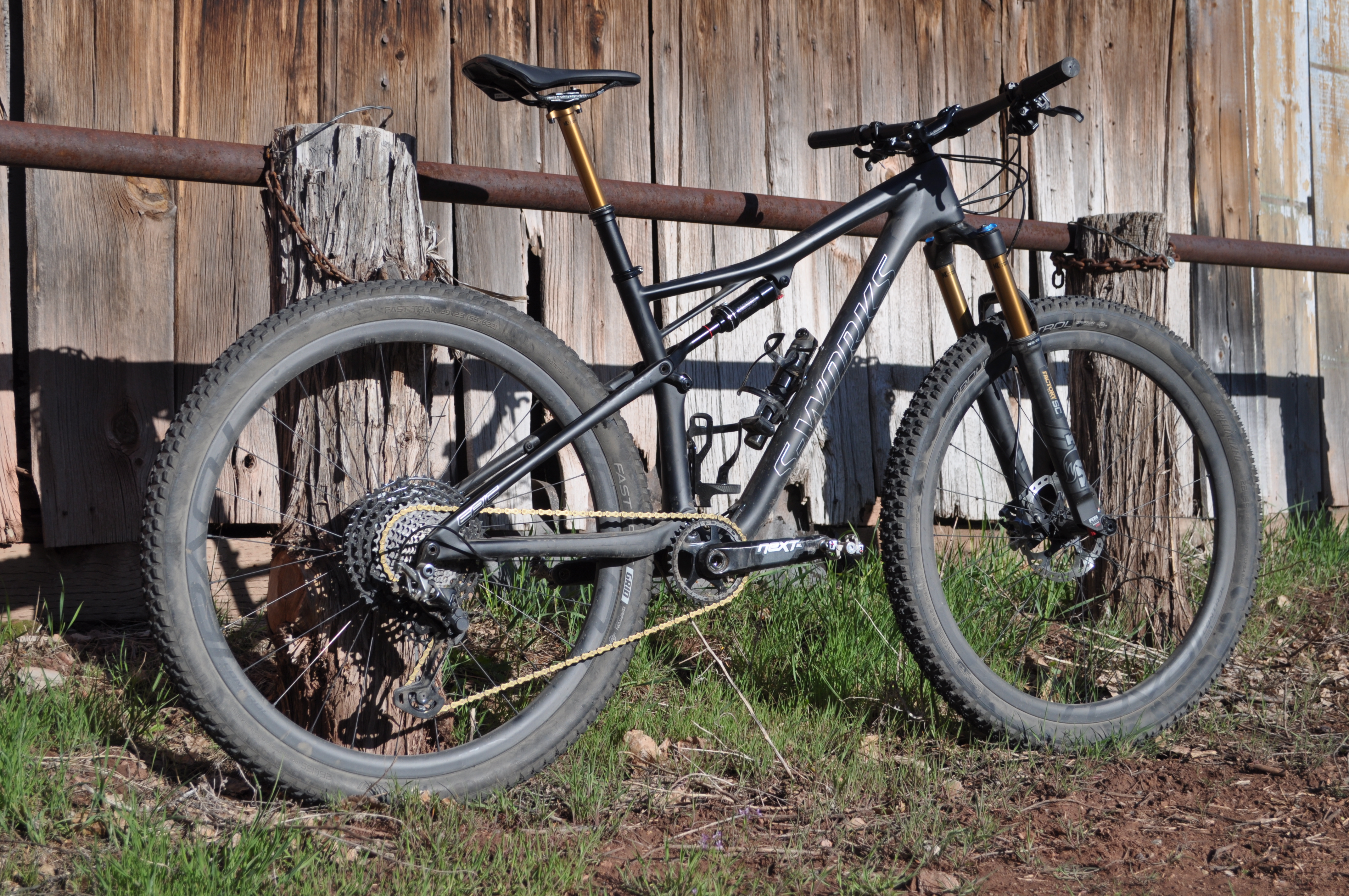 Specialized takes cross-country mountain bike racing to a send-ier level with it’s newest high-end racer, the Epic EVO. We ripped it over some serious Colorado trails for this review.

I don’t purposefully make excessive bike acquisitions. However, sometimes the marketing hype and photos push a button. That was the case with Specialized’s S-Works Epic EVO, which recently became an “n + 1” purchase for me. 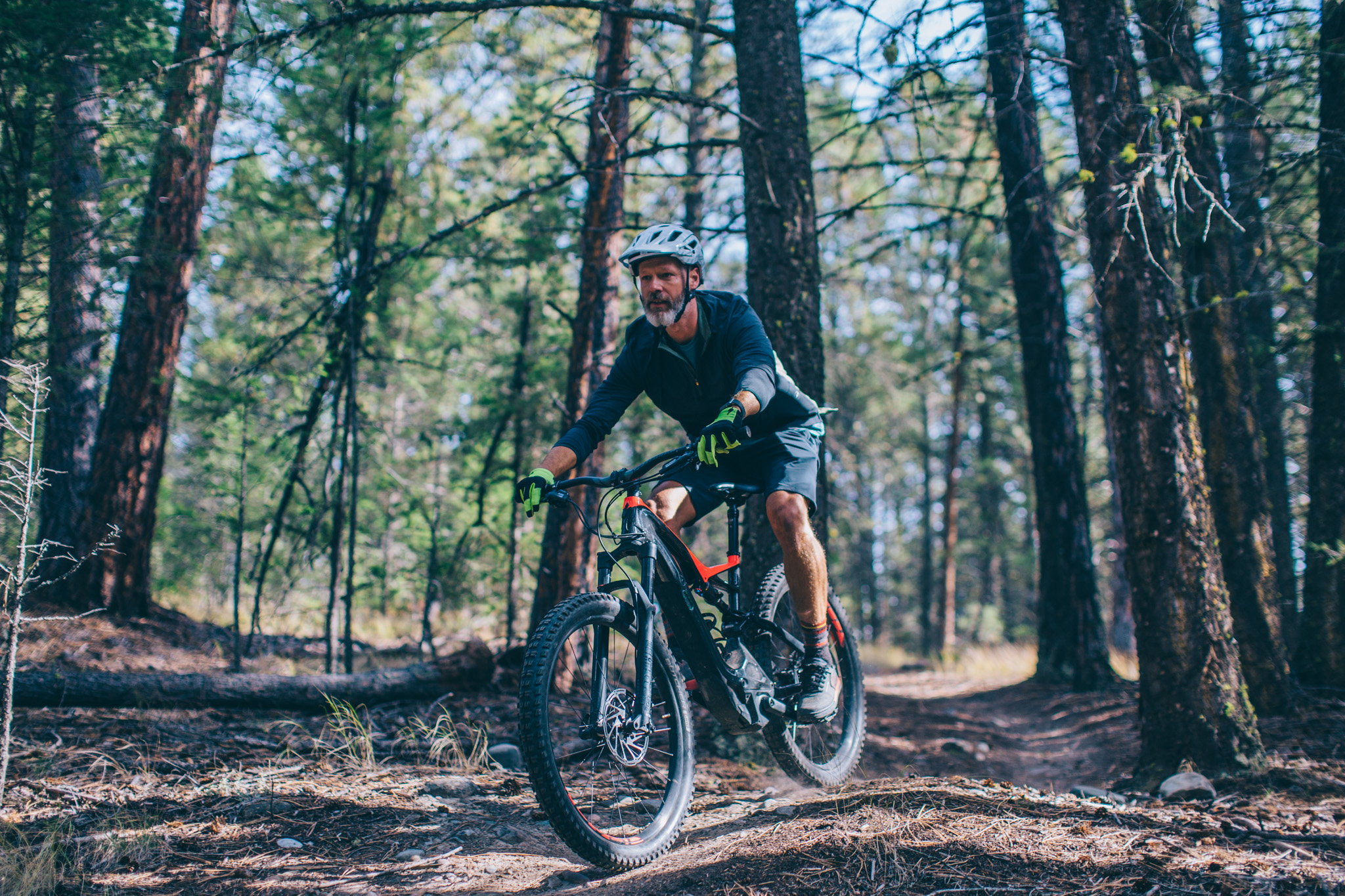 The Specialized Turbo Levo Bends the Rules of Biking: Review

The Epic Evo had quite the buzz in Durango, Colorado. In a town full of world-class mountain bikers, one of our shining stars, World Championship silver medal winner Chris Blevins, rode our trails in a Specialized video. It was good enough for Blevins, so I wondered if I was good enough for the Epic EVO.

As a happy owner of last year’s Specialized Full-Suspension S-Works Epic, I sometimes wanted a bit more bike under me. That typically happened when I was on daylong epics in the backcountry, far from a cell signal.

What’s the EVO All About?

According to Specialized’s product manager, Brian Gordon, the genesis of the EVO line originates from today’s more technical XC race courses. “XC race courses are no longer fire roads in the backcountry,” he explained. “There are rock gardens, berms, jumps, and riders are trying to get through them as fast as possible. It is not just about an ultralight setup for climbing, but about the fastest package, the optimal balance of weight and capability.”

Brian also emphasized the fun factor, stating, “Most racers spend less than 10 percent of their time racing. Most of that time is spent out training or having fun on local trails. Epic EVO encompasses this idea that XC is fun and fast.” 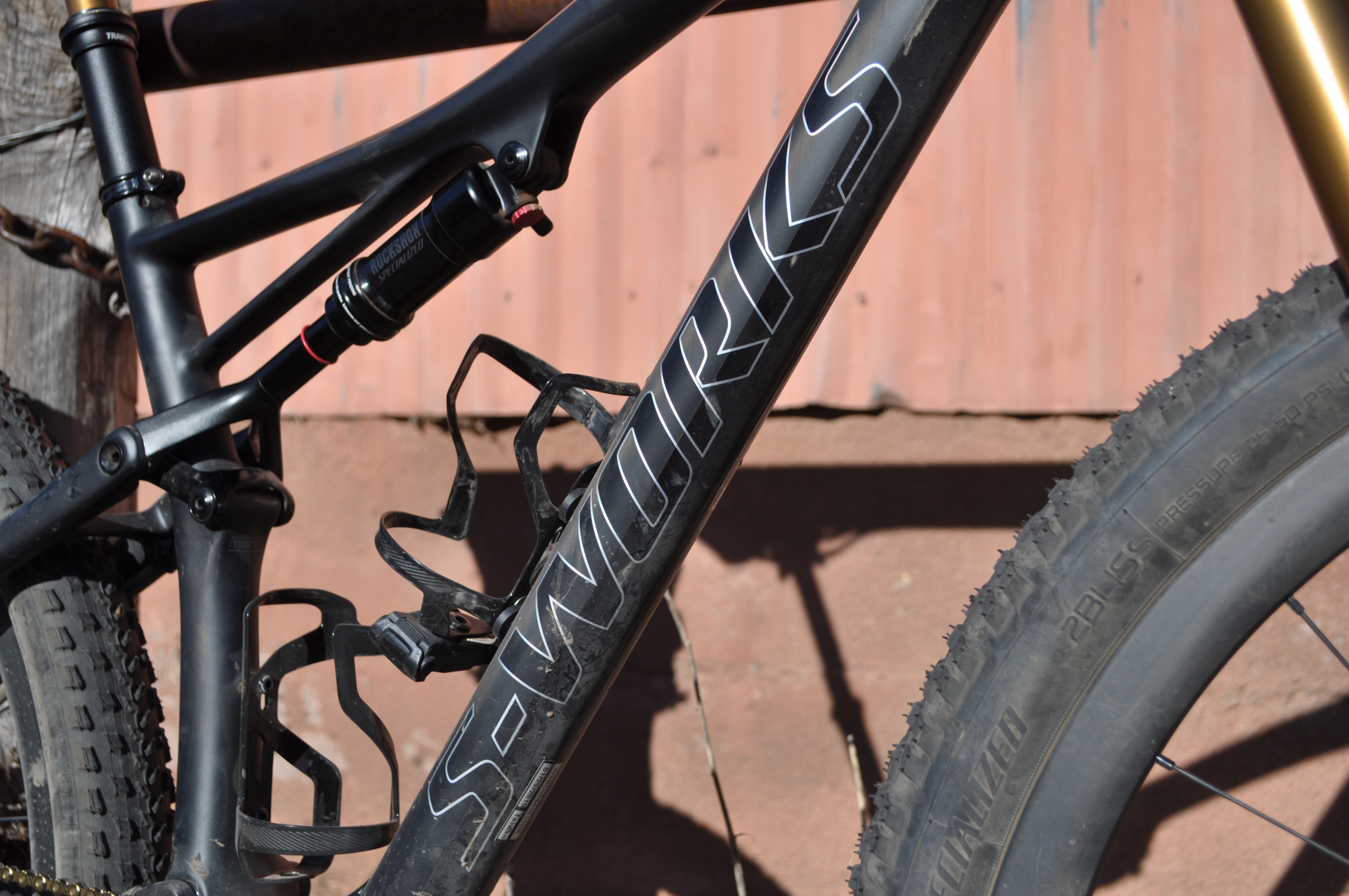 When I first hopped on the Epic EVO for a spin at our local trail system — a ride that includes a bit of pavement and doubletrack — it felt stable, sure, and a bit less inspiring than my Full-Suspension Epic. In comparing the two bikes, the EVO has 20 more millimeters of front suspension travel thanks to its FOX Factory Step-Cast 34 fork. This results in a head angle that is one degree shallower.

That extra 20mm up front also creates a higher bottom bracket and affected my standover height. Specialized equipped the EVO with a FOX Factory Transfer dropper post and 2.3-inch tires whereas the standard Epic kits utilize a 2.3-inch tire up front and a 2.1-inch tire in the back.

Both bikes share identical frames as far as dimensions and composite construction. 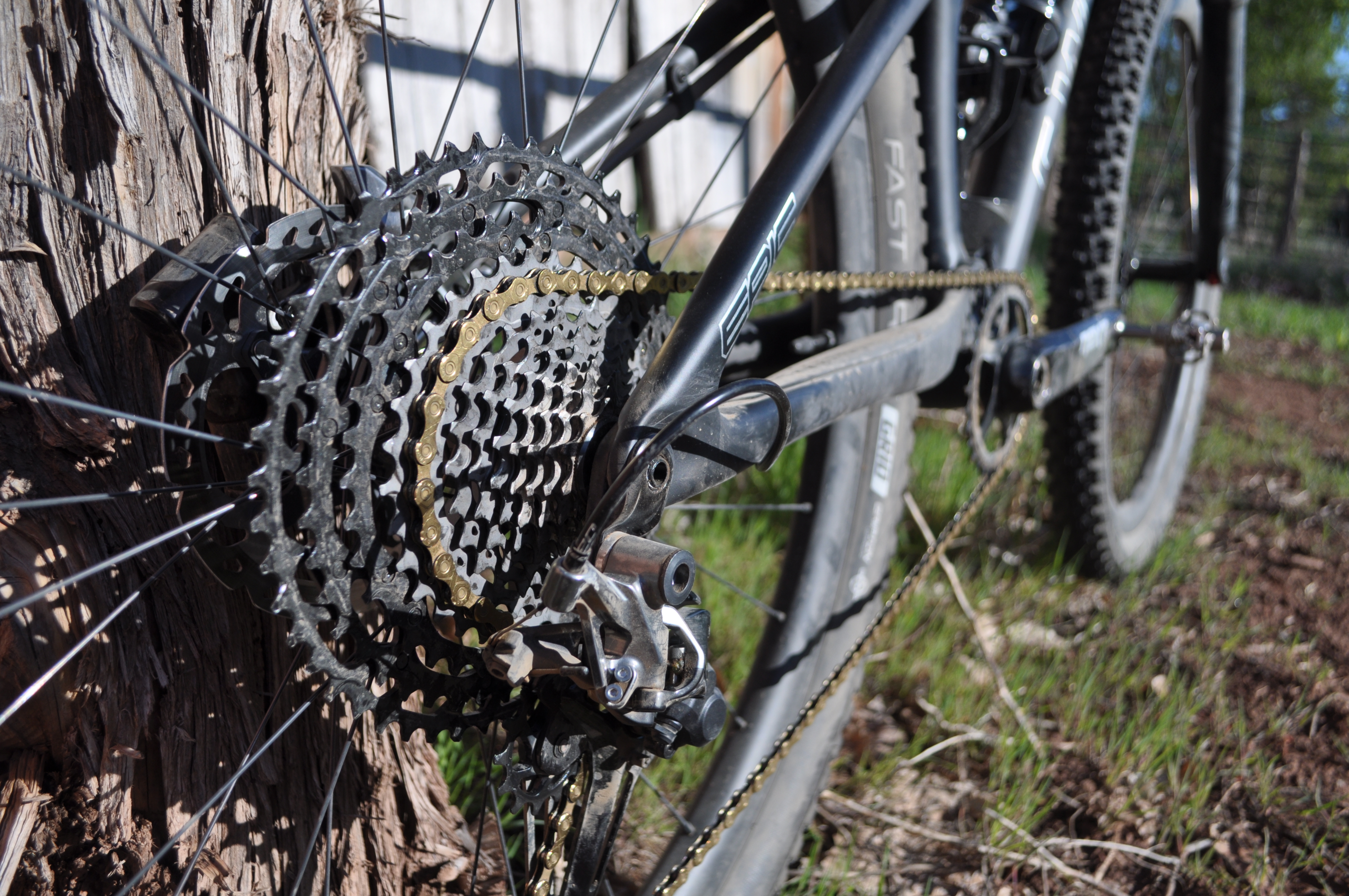 In the drivetrain department, Specialized specced Shimano’s XTR M9100 12-speed system for the EVO build as opposed to Shimano’s Di2 11-speed as on my Epic from last year. Shift performance was just as crisp on the mechanical system as on the electronic Di2. The Di2 system emits an electronic chirp when shifting, but the mechanical XTR is silent and stealthy. The mechanical XTR’s 50-tooth cassette was totally welcome on the sustained climbs of Durango singletrack.

While the EVO felt a bit like a slower, more stable platform, my ride times told otherwise. Due to weather and road and trail conditions, I was often lapping a lower altitude loop in a drier environment.

Over the course of several weeks, I switched between my S-Works Epic and S-Works Epic EVO. Most workouts were with the objectivity that a heart rate monitor and a watt meter provide. Although my Epic felt faster, it was actually the Epic EVO that clocked the faster times, sometimes approaching 10 percent faster. 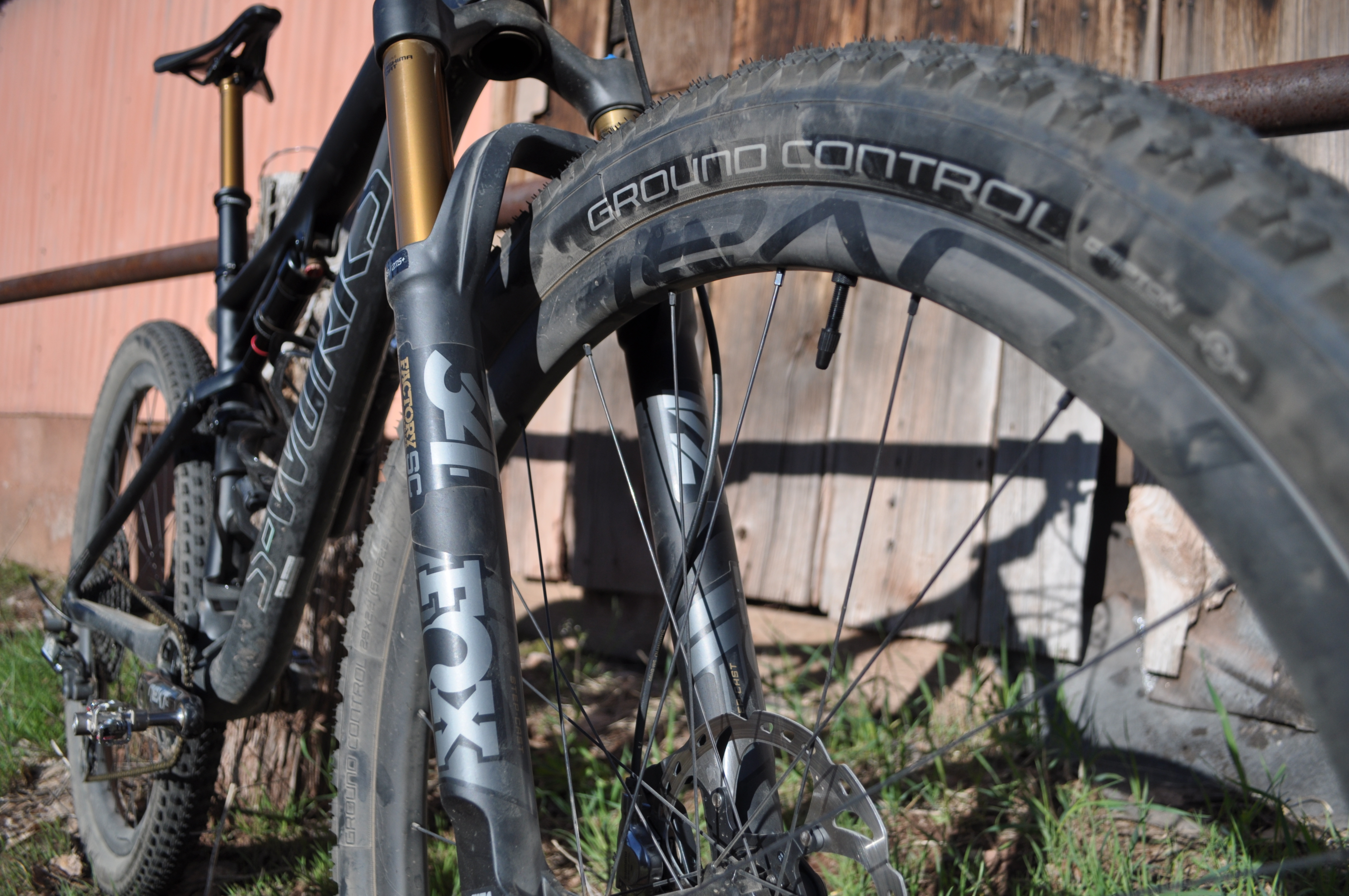 Why might more travel equal more efficiency and speed? Check out a previous article on hardtail versus full-suspension, where we get into a bit of the physics behind suspensions.

For comparison, The S-Works Epic weighs about 2 pounds less than the Epic EVO. Both bikes were weighed with two water bottle cages and Xpedo’s excellent M-Force 8 Ti pedals. The net weight of my EVO, equipped as stated, is just shy of 24.5 pounds — excellent for a capable trail bike with a dropper post. 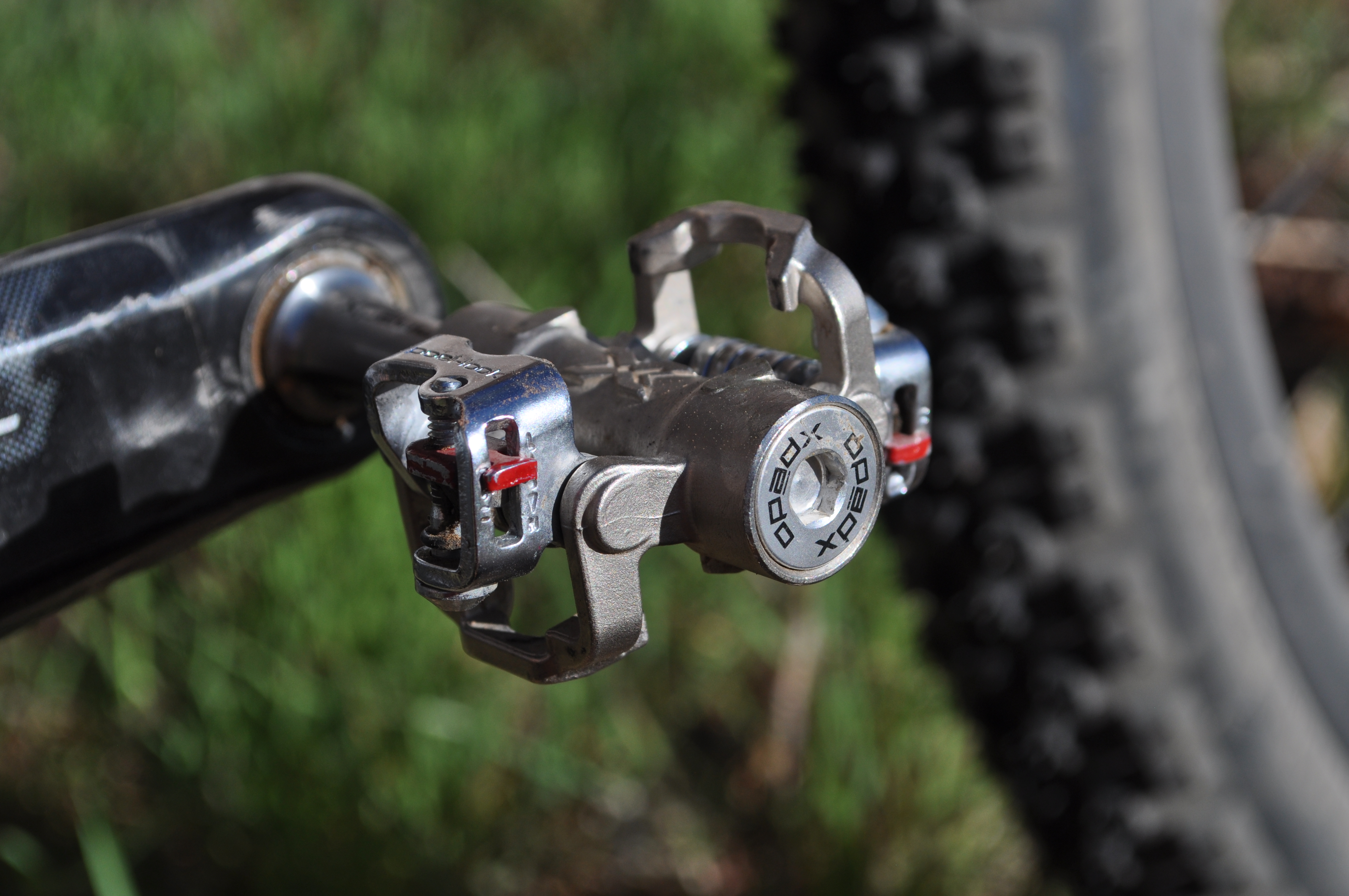 That caused me to reflect on Brian Gordon’s original statement: “It is not just about an ultralight setup for climbing, but about the fastest package, the optimal balance of weight and capability.”

With several more weeks of riding, and swapping parts and pieces, I might know. Suffice to say, however, that on the terrain that I was riding, the Epic EVO was a more efficient tool than the standard Epic.

Is Owning the Epic and Epic EVO Overkill?

Prior to receiving the Epic EVO, I had a conversation about the two bikes with Ned Overend, a local rider and mountain bike legend. Overend felt that owning both was redundant. In my experience, I can see a place for both.

The Epic is my ride of choice for days that include fire road, doubletrack, and singletrack. A one-day lap of Utah’s White Rim Trail is a great example. However, for high-alpine rides with rocky climbs and descents, or events like the Breck Epic, the Epic EVO seems perfect. 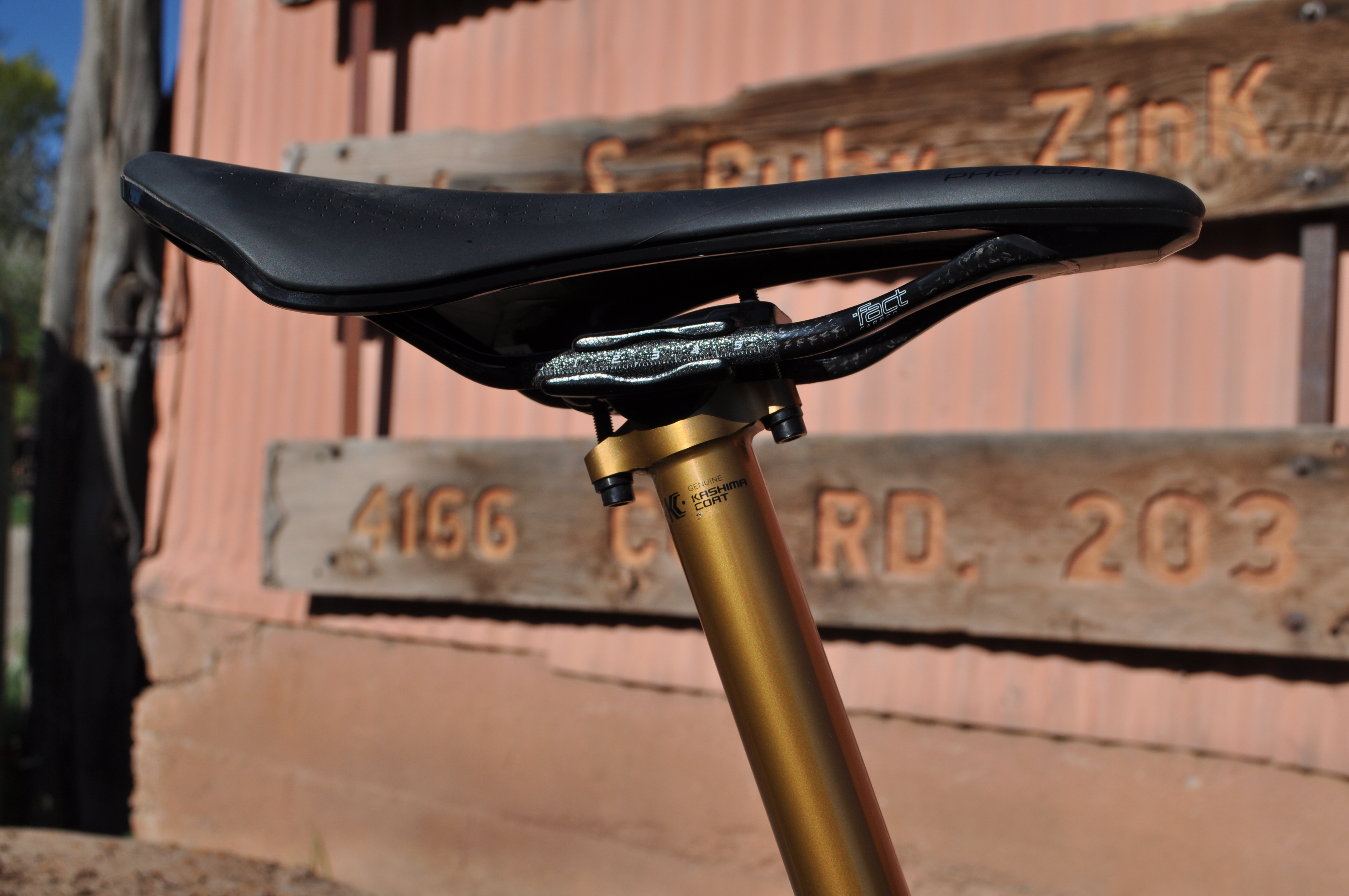 As per Brian Gordon, while many racers are gravitating towards an Epic EVO spec, the 100mm platform of the Epic is still preferred in many parts of the world. Your results and preferences might be different depending on your trails.

Is the Epic EVO for Everyone?

If you ride XC, the short answer is “yes.” According to Dmitri Keating of Old Town Bicycle in Washington state’s Puget Sound region, “The Epic EVO is a new breed of exceptionally capable XC race bikes that are a blast to race — and a blast to just ride.”

There’s an EVO model for every budget with three build packages: the Epic Comp EVO at $3,220, the Epic Expert EVO at $5,850, and the S-Works Epic EVO at $10,400. In testing all three build packages, the budget-minded Epic Comp EVO has the same well-rounded capabilities as its more expensive brethren. However, you do pay a weight penalty, and it’s noticeable. The difference between the $5,850 Epic Expert and $10,400 S-Works is not as profound.

If XC riding is your game, regardless of the price level, Specialized’s EVO line is a superb tool for the job. As Brian Gordon stated, it’s an “optimal balance of weight and capability.”